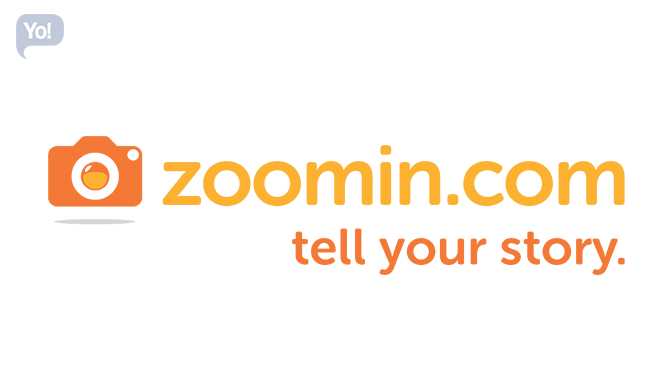 We live in a world filled with avid Selfie-lovers who simply cannot finish their day without clicking some pictures. The emotions which were once conveyed through words are now being conveyed through pictures. And many websites or apps like Instagram, Snapchat, Pinterest, etc. have successfully capitalized on that too!

Now what was the simplest thing to do when we earlier clicked pictures? Go to the nearest photo studio and get it sorted, right? Well times have changed now! With the world digitizing, many new easier options are coming up.

One such company who is making lives easier for many people is ZoomIn!

So the question is how are they doing that?

First of all, ZoomIn is Mumbai based company which is founded by Sunny Balijepalli in 2008. It is also India’s leading digital photo personalization and printing platform wherein it primarily prints pictures the users ask them to and accordingly delivers them. Apart from basic printing they also offer printing on multiple merchandises like mugs, books, gifts, cards, collages magnets, and a lot more! They also offer other equipment like cameras, phones, accessories, etc! ZoomIn is headquartered in Singapore with operations in India and the US.

To be very honest, at first we thought this is just like any other picture clicking app or something but then when we learnt more about them, we were really impressed with what they are doing.

Look at it this way, do you remember the shabby photo studios you went to, to get your pictures printed (mostly passport sized ones) but were never, ever, ever, ever happy with the results. Yeah, well this should solve your problem by serving you the best quality and that too at really affordable rates. And as this is on the World Wide Web, you can flaunt them too!

As much as “change” is important, at the same time change at the right time makes a lot of difference too. And ZoomIn nailed it! Over the period of time they regularly brought about incredible changes to their product to attract users and at the same time to make thing convenient for them, which is one of the major reasons for their growth.

Some of the most noted features added by ZoomIn are: ZoomIn On the Go or Share On the Go; Customized or personalized ZoomIn Photo T-Shirts; Cleartrip Best Holiday Photo Contest and many more like such; Sale for Prints which are on Canvas; more payment modes like pay by cash; re-launching a modified ZoomIn with features like: a new design built around the way we make use of our photos, zillions of new themes, products, designs, styles etc.; launch of their first ever retail studio at Breach Candy area; free shipping option and introduction of Lay Flat Photobooks – where each page lies completely flat & images are displayed across two pages.

Now things reached to another level with the announcement of ‘Airtel Photo Service‘ in April 2011 – a tie-up with Telecom major Bharti Airtel to offer Airtel’s customers to store unlimited number of photos, they could also import photo albums from Facebook or upload unlimited photos straight from their computer and along with that the users could also print these photos on calendars, t-shirts, mugs and photobooks. The best part was that the users didn’t have to pay for it separately and its charges would be added in the postpaid bill itself.

And with that obviously their traction increased too!

Within no time the company crossed their 2-million mark of photos being uploaded every month. They also grew their physical base to 17 retail studios across the country out of which two were run by franchisees and the rest were partnered with biggies like Crossword and Croma in cities like Mumbai, Pune, Delhi-NCR, Ahmedabad, Bengaluru, Chennai & Kolkata. Some of the most popular items purchased online or offline were Photobooks, calendars, personalized mugs and bag tags.

Now their only source of revenue till now was either through prints of pictures & gifts but they brought in new source which gave them the desired exposure they needed. In 2012, ZoomIn apart from their initial products also introduced a marketplace with products like phones, cameras & electronic accessories. This was aimed at driving more traffic to their site and giving customers a one-stop destination when it came to anything related to images. They also used other marketplaces like Amazon, Flipkart, eBay, etc. to boost their sales and visibility of their products.

They were now directly competing with Printo, iTasveer, Canvera, eYantra and others like eYaadein and PhotoMasti. They were also said to be leading with a huge margin.

Clearly, it is evident that they had also raised huge amounts to sustain so far! Since their inception ZoomIn has raised a total of USD 21.5-Million which was divided into three rounds.

As reported by CrunchBase, the first fund raiser was in 2008 which was worth USD12-Million from First Round Capital and Sherpalo Ventures; then USD 1.5-Million (8 crores) in Jan 2013 in Venture Debt Funding from SVB India Finance, a subsidiary of the Silicon Valley Bank and lastly USD 8-Million in August 2014 Gund Investment, First Round, Lightbox Ventures.

Now in the present year, the company has brought about some major announcements or additions. The first one was introduction of ZoomIn Android app in Feb which saw 250K installs and shipment of over 1 million prints.

This was followed by the acquisition of San Francisco based Photojojo along with its 2-Million strong user-base. Photojojo sells mobile photography-related gear which includes phone lenses for iPhone and Android devices, time lapse cameras, lapel mics, etc.

With the merger, the company’s sales boosted drastically and are now making over 1000 deliveries per day. It is also anticipated that the ZoomIn will cross INR 180 crores in revenue by the end of FY2015.

These massive changes have definitely proved to be fruitful for the company and definitely seem to be working in their favor but what we now have to see is that how will the company utilize the opportunity to gain the most out-of it.