Zipdial : One Of World’s Most Effective Marketing & Analytics Platform 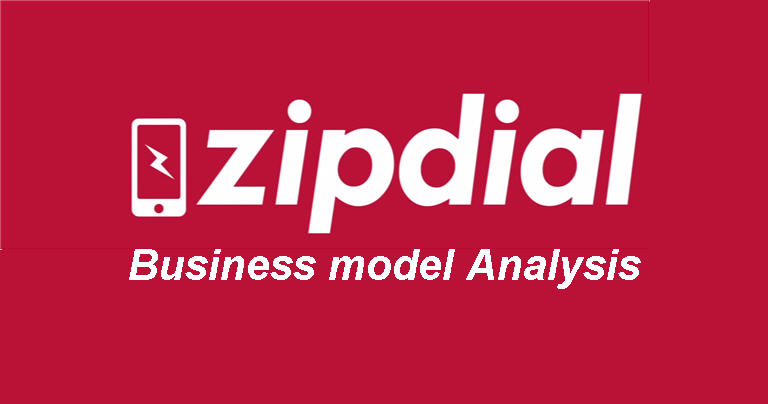 We Indians never fail to make an Innovation out of an invention!

Missed Calls is our way of saying “thinking of you” or “call me back”. It’s like the modern day Morse code.

Going few steps further – there’s a company capitalizing big-time on this Out of the box idea.

Founded in February 2010 – ZipDial is one of world’s most effective marketing and analytics platforms for the emerging markets which are aggressively used by major global brands.

In most of the emerging markets today, more than 90% of money is spent on offline marketing, around 60 to 90% of the retail market is still unorganized in which roughly 95% of the transactions still happen in cash. Advertisers still find it very difficult to connect with their audience, understand their preferences and their behaviours.

But one thing common in this part of the world is that, they all have mobile phones!

ZipDial being an interactive platform, capitalizes on this feature and works through missed calls from users. All a user needs to do is, ZipDial (dial the number) the dedicated number of a particular service or company, which gets disconnected after one ring. Post this, the number that they called has a predefined function that gets invoked with the call, and accordingly their request is sent to them via message.

ZipDial uses a user-friendly pull-based or opt-in model, wherein one receives a message only when a service is requested and the company also never sends push messages to users.

In 2011, there was a change that took place in the needs and regulations around user privacy by TRAI (Telecom Regulatory Authority of India), which restricts sending of spams and push messages to mobiles. This makes ZipDial an even more viable and highly important model to work around, because of its opt-in and spam-free solutions.

This idea has been designed to help you integrate mobile into your marketing plans as well, and to help companies build a brand and create an awareness through – Social media integration, Targeted promotions, Targeted Content, Content Gratification, Follower engagement, etc…

They offer a customised range of services which includes: -

Comparatively, the response rates of ZipDial are way better than the web surveys and SMS campaigns. Their concept also helps you to reduce the user friction and is far more faster than telephone, web and any other medium.

The beauty of their service is that you get to reach your customers when it is the most relevant to them via mobile, and this does not limit you a specific set of urban audience, but ZipDial’s service has its reach deep in the mass markets and rural areas too.

Some of their clientele includes some of the biggest of the brands in the world such as – P&G, Unilever, Cadbury, Colgate, Pepsi, Coke, Disney, etc., who officially report that, they have seen an increase in their unique user traction by a minimum of 2x and up to 60x as compared to their earlier performance.

What Are Their Strategies, Partnerships And Revenue Models?

To begin with – ZipDial is a business wherein, their model itself is their biggest and strongest strategy!

It is clearly evident that, the mobile phone user base being larger than the internet user base; reaching out to the customers dedicated mobile apps and social network platforms, or for that matter digital marketing campaigns has continued to show limited results.

This is largely because – people largely still use feature phones rather than smart phones, they do not download multiple apps, and there is also no specific guarantee of user engagement even after the app is installed or a user “likes” the brand/product page.

This proves that end-users are still more comfortable with phone calls and text messages, than they are with apps/websites or internet in general.

Hence, keeping that in mind – ZipDial capitalizes on the prevalence of “missed calls” in India and all other emerging markets and hopes to expand globally!

ZipDial’s strategy is to tap into this segment of the market and provide a unique offering to corporate clients to help them in connecting and engaging with their respective audience via calls and texts. Their service being a win-win situation for all the parties, and helps companies get connected with the users who are really interested.

Some of the benefits of using such a marketing model include:

Surprisingly, even after becoming a global brand, ZipDial works on a strict ‘Word-of-mouth’ policy for its marketing or advertising, and strongly believes that this strategy is more powerful than anything else.

What is even more interesting to know is that, the uniqueness of their model is such that, it not only helps the brands with better visibility, marketing, publicity, analytics, but automatically markets ZipDial too.

Talking about their Revenue Model –the bigger brands usually opt for a range of services to which runs around tapping a larger audience. Hence, this involves more money. But on the other end, generally speaking – ZipDial services can also be attained very easily for a very simple subscription of ₹1,000 per ZipDial number per month.

Who Led The Brand?

The brand is lead by Valerie R. Wagoner, Amiya Pathak and Sanjay Swamy!

VALERIE R. WAGONER – CEO – Valerie is not only the founder but was also the CEO of ZipDial, which recently got acquired by Twitter in Jan 2015. Currently at Twitter, she is the Senior Director of Growth Markets, and is responsible for both the teams of product and business user growth strategy, execution and results.

Since she comes from a cross-disciplinary and multi-cultural background and has experience of working with several prominent organizations; she had recognized at an early age the potential of the Indian market and had decided to move here to capitalize on this opportunity.

To give you a short brief about her career – Valerie started her career with ‘Goldman Sachs’ in 2004 as a Financial Analyst and then went on to shift to ‘Ning’ – a platform company for social web applications (Program Manager) and then ‘SayNow Corporation’ that got acquired by Google (Product Management and Business Development Consultant), in a span of one year.

Later, she settled down with ‘eBay’ as a Business and Product Manager in 2006 for almost 2 years, where she took care of Strategy and Execution of two different horizontal business areas i.e. Local trade and Cross-border trade.

After completing this stint, she decided to move to India and started working with ‘mChek’ – a mobile payment solution in 2008. She used to head the Strategic Initiatives here and was responsible for execution and testing of new delivery channels and business models.

After working here for around three years, she then started ZipDial in 2010!

Other than these, she has also been a part of quite a few notable organizations including: -

Talking about her qualifications – Valerie has completed her BA with Honours in Public Policy from the Stanford University, where she was also the President of Graduating Class for Phi Beta Kappa. Additionally, she also holds a Masters Degree in Economic Sociology from Stanford University.

In 2013, MIT Technology awarded her the title of Top Innovator Under 35 for India. In 2011, she was named a Leading Woman in Technology for India by the Women in Leadership Forum.

AMIYA PATHAK – COO - Amiya, an alumnus of IIT Kanpur and IIM Calcutta is the one who had built the first version of the ZipDial platform single-handedly. Prior to ZipDial, he had also built several tech platforms for companies such as Ketera and Zapak.

SANJAY SWAMY – CHAIRMAN – The Managing Partner at PRIME Venture Partners (formerly AngelPrime), Sanjay also acts as the Chairman and Mentor at ZipDial. Prior to these, Sanjay was the CEO of mChek and had also worked with a range of companies in India and the US in leadership roles. He has completed his Masters in Aeronautics and Flight Control Systems from the University of Washington.

Valerie and Sanjay were on a late night flight back to Bangalore from New Delhi brainstorming about the problems retailers face in tracking consumer loyalty and after
debating on various points, it struck them that a ‘missed call’ would be an ideal way to solve many problems for businesses in general.

This conversation deepened over the following weeks, and turns out, it was a grand solution to many solutions and a wide range of use cases. They also tried to researched about any similar business in India and globally, but to their surprise they found none.

Having said that, they decided to build a business around it, and got in their third co-founder, Amiya Pathak, to build the first version of the platform. Interestingly, Amiya had a fracture on one of his hands, and had literally coded the platform with one hand.

And with that, ZipDial – the world’s first mobile engagement platform based on missed calls was launched in March 2010!

They knew that execution is equally important as coming up with innovative ideas, hence, to play it safe they began each of their services one-by-one.

To test its potential, they created a Cricket Scores service whereby a user could ZipDial and in return would receive an instant SMS with the latest cricket score. With literally ZERO MARKETING (except for a few Facebook posts), the service instantly took-off and within a couple of months they had millions of users using this service millions of times per day. On the day that India was playing with Pakistan, ZipDial had clocked a whooping 4 Mn missed calls.

During that time, they had a team of 12 people which were divided amongst the engineering, design and product marketing, business development, sales and operations departments.

They started approaching potential clients with their idea and within no time they got their first client, ‘Gillette India Ltd’ for an advertising campaign.

During that phase Valerie also participated in a reality show called “The Pitch” organized by Bloomberg TV India, where the winner would be awarded with INR 5-crores. Although, they failed to win, but what they achieved was something much bigger than that, ‘EXPOSURE’!

Over the period of time, they managed to help some of the biggest events and clients which included –

Their client list also accounted for some of the biggest names in the corporate world such as – Proctor & Gamble, LG Mobiles, Sanofi-Aventis, Bloomberg UTV, Pepsi, KFC, etc… By 2013 they had not only reached the milestone of 400 million missed calls, but also were clocking a turnover of Rs.5.4 crores.

In the next year, ZipDial was also ranked as the 8th most innovative company in the list of the ‘World’s 50 Most Innovative Companies’ among industry leaders like Google, Apple and Twitter by FastCompany.

And in the present year of 2015 – ZipDial has been acquired by Twitter for roughly $30 Mn. This acquisition was done to make great content more accessible to everyone and also to reach out deeper in the developing markets users who have cheap data plans or bad internet connectivity.

Today, they hold a global presence across South Asia, Southeast Asia, Africa and the Caribbean and their service successfully reaches out to more than 60 million users.

Talking about their funding prior to their acquisition, ZipDial has begun with a fundraiser of in Rs.3.5 crores in 2011from Mumbai Angels, Blume Ventures and PRIME Venture Partners.

This was followed by two undisclosed rounds of funding in December 2012 from 500 start- ups and Times Internet separately. Later and lastly, they raised an undisclosed amount of funding from Jungle Ventures in 2013.