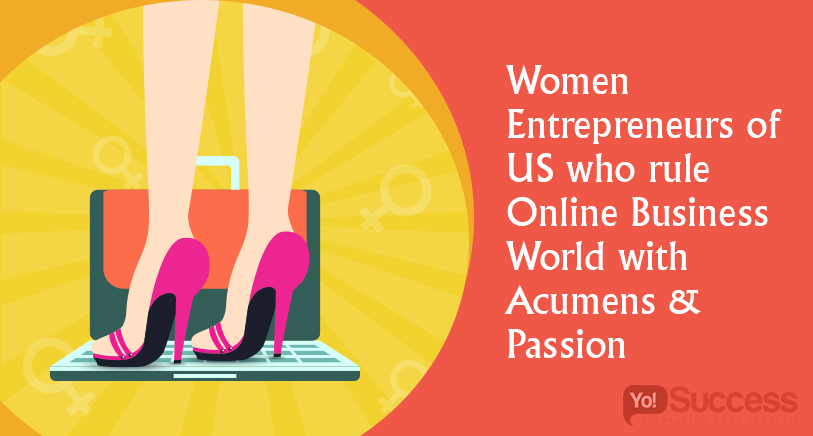 From corporate world to media, women entrepreneurs have outshined in all spheres. The new generation of business women is not just the contributor but frontrunner in every domain whether you talk of dealing with economic pressures or business risks. We studied some of these women across the globe and created this list of the most empowered business ladies in the realm of technology-based businesses. This list of women entrepreneurs is diverse due to the varied businesses but one thing that binds them together is their passionate urge to lead.

Following are the success stories of women entrepreneurship that make rounds globally: 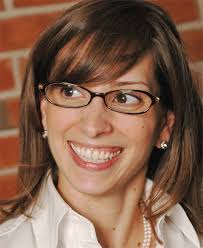 Founder and CEO of TaskRabbit

Leah Busque started her career with IBM as a software engineer. After working there for seven years, her passion for technology forced her to build a platform that could utilize her potential. The idea of creating TaskRabbit came when she herself was in a situation where she had no time for buying food for the dog. This was when she envisaged her dream platform which could connect neighbors to help each other in such situations. After coding for almost a season, she created RunMyErrand, the initial name of TaskRabbit.

It was in 2008 that this portal was launched with 100 runners and Leah Busque finally joined the league of female entrepreneurs. A bachelor of science in Mathematics and Computer Science, this young capitalist today leads TaskRabbit, a venture that has recently secured $38 millions of funding. 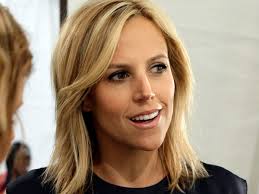 A designer, founder, philanthropist and a business woman, this New York-based entrepreneur has an inspiring success story. The style was something she learned, seeing her parents from the very first days of her childhood. Her small stint with Benetton gave her firsthand experience, but further experience came across while assisting the Yugoslavian designer, Zoran, who she joined after completing graduation. In addition to designing, she also managed advertising & PR profiles later while working with Vera Wang, Polo Ralph Lauren and Loewe.

The point to take the big entrepreneurial step came in her life only when she felt that the working woman inside her is feeling unfulfilled while she was busy raising kids and playing a wife. After gaining diverse experience from all sources, she finally borrowed $2 million from Christopher Burch, her husband to start her own brand, ‘Tory Burch’. Her fashion label is currently valued at $3.5 billion and is among the top fashion brands.

Sophia Amoruso is a young woman entrepreneur who owns online fashion store, Nasty Gal. At the age of 31, she is a multimillionaire running business worth millions. Nasty Gal began on eBay when Sophia started selling vintage fashion and managed everything from purchase to marketing. It was in 2008 only that she took the big step to launch Nasty Gal as an independent fashion e-store. Just within a year, the company shifted to its own warehouse in Berkeley. Gradually the staff and sales increased too and made Nasty Gal, the fastest growing retailer of 2012 (As per INC magazine). Currently, Nasty Gal serves 550,000 customers in over 60 countries. 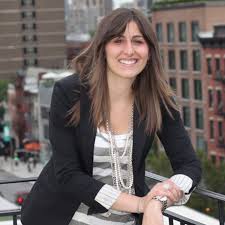 Caren pursued BA in Publishing & Branding from New York University and worked with the big brands like Nike and The Wall Street Journal. Nestio is an online portal that makes apartments search easier. The company was founded with two of her friends in 2011 and is acknowledged as a rapidly growing online business.

Inc Magazine has ranked Caren among “the fifteen women to watch” in technology sphere. Her passion for technology & real estate is the biggest reason behind the impressive growth of this real-time residential listings website. Caren is a go-getter who enjoys her work more than anything else and inspires young females of US to take their first step as an entrepreneur.

Amy Jo Martin owns Digital Royalty, a social media & education company for businesses and individuals who want to establish their brand identity. She started her career with an advertising house, and made her way to touch newer heights. Soon after, she held the position of Director of Digital Media and Research in NBA’s Phoenix Suns. She went on to found Digital Royalty in 2009.

Amy has received several accolades for her book, ‘Renegades Write the Rules’. The book got so popular that New York Times called it the Best Seller. Forbes has rated Amy Jo among the most powerful women on Twitter (she has more than 1 million followers). She also contributes to Harvard Business Review, Huffington Post and Sports Business Journal. Whether it is Twitter, business, writing or travel, Amy makes it special with her clear goals and passionate soul.