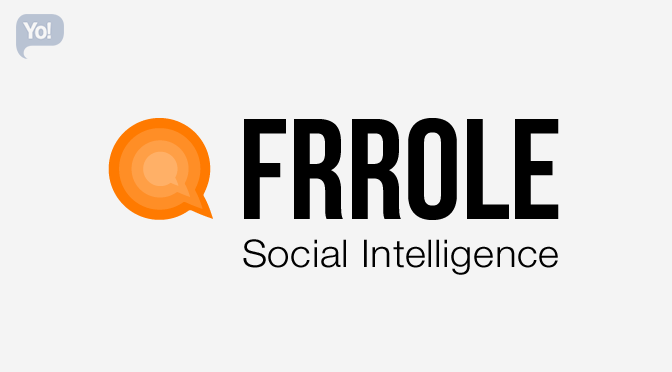 We live in a world where everything is possible and we literally never know what might happen next! Who would have thought that twitter would turn out to be so beneficial for someone other than twitter itself? If a few years back we shouted out that you could make money with twitter, we would have received nothing but laughs in return but now after passing so many months somebody has proved everybody wrong.

This is a story of a Punjabi guy with heroic personality – Amarpreet Kalkat but a computer science graduate from Punjabi University who came to Bangalore and wrote another chapter in history.

It all started in the year 2011, Amarpreet was working for Nokia after completing his MBA in IT & Marketing, when he left his job with them and started his first ever venture Ciafo Techware and Frrole was just one of the products that they offered which just focused on news and was named – news.frrole.com (also known as the “The Social Radio project”). But at that time Ciafo Techware mainly focused on their travel site called Travelomy.

By 2012, Ciafo Techware launched the public beta of Frrole and within a short span it gained popularity. This was unexpected for them but looking at the growth rate of Frrole, everything else got sidelined and Frrole became their main focus.

The online news industry then was small and with such immense popularity they were now in direct competition with Google News and to keep up to the competition,Amarpreet very intelligently also launched their android and iOS mobile app.

With the launch of the apps, Amarpreet knew that Frrole was now everywhere and to manage the work load he needed a strong founding team which is when he got on board his partners in crime Nishith – Chief marketer & Abhishek – Chief techie.

Although they did good business with it but that is not what Amarpreet had in mind. He did not want to fill his website with ads but he had to do so to keep the website sustainable, so with a heavy heart and a lot of hopes to find some solution he left for Silicon Valley, United States in April 2013, where he got introduced to Rishi Jaitly from Twitter.

Amarpreet shared his thoughts with him and to his surprise, Rishi loved his idea wherein Frrole would make business sense out of Twitter data in the enterprise domain.  This was the ultimate booster for Amarpreet and the Batman finally returned.

There was no looking back from here onwards, Amarpreet was back in action. He parked the Frrole original model and launched the initial plan of doing business through twitter and in August 2013, Frrole Enterprise was born!

The whole idea of the new version as explained on Business Today was to use the filters to cut out relevant tweets from spam or irrelevant content. Align the Raw tweets with semantic information such as verbs, nouns, adjectives or pronouns. These tweets are then further sorted out in terms of contextual information such as time-frame, sentiments, ‘related to a personality’ or genres like politics or fashion etc. These tweets are then able to address specific queries from clients such as; “how many people are positive about a particular company’s products on Twitter and who are they”

Soon with the help of Microsoft Accelerator, they got their first paying client in September, 2013 and within no time it picked up grand customer base. At the same timeAmarpreet ’s good old friend from Twitter India also introduced them to “Headlines Today” for their requirement. Because they had no competition, within no time every enterprise required their assistance and they managed to bag deals from all the biggies of all the industries.

Frrole has now become unbeatable and is currently charging about USD $100 per month per data stream to their clients. The startup analyses over 10 million tweets daily and has sifted through over 100 million tweets since January this year.

As their product is now gaining traction, they have also re-incorporated Ciafo Techware as Frrole in January 2014. Frrole is now a hit and is currently making INR 100-200K in revenues every year. They have even managed to raise funds worth USD $245k led by angel investors Sharad Sharma (co-founder and Governing Council member of iSPIRT) and Manav Garg (Eka Software).

With such an excellent business model Frrole is now being carefully watched by think tanks on what Frrole will do next.