At the age of 27, Walker Williams is the person who has helped Millions make Millions, with his brilliant idea – Teespring.com.

Based in San Francisco, Walker currently acts as the Founder and CEO, and is a Bachelor of Arts and History from the Brown University.

During his growing years, he had many versions of what he wanted to become in life – a Cartoonist, a Writer, and later he even thought of ending up into a user experience designer as well. But by the time he turned 16, he had set his mind to become an Entrepreneur!

|| TRIVIA: – His first job was of designing Newspaper Ads for a gambling company when he was 15. ||

He officially began his career with Sling Media (an EchoStar Company) as a Junior Designer in June 2008, where he was responsible for the designing and programming.

A year before this i.e. in 2007, he had also started his venture called – Jobzle! Jobzle allowed businesses to quickly & easily post part-time jobs and internships to college students. So whether you needed a babysitter for the weekend or a tutor for the term, Jobzle had you covered. This portal ran for about 4 years, post which, he shut it down.

After this 6-month stint, he moved on to join Sprowtt and then HygeaShare for roughly 3 months and 5 months, respectively. At both the companies, his profile mainly consisted of web developing and designing.

In February 2009, he took another leap and joined Rhode Island-based Loffles, again as a Lead Designer and went on to work with them for about a year and a half.

Pos this job, he joined GOE a.k.a GOElectric (the electric car initiative and management system company) as a Lead Designer / Project Manager for about 7 months.

Later in May 2011, Walker took up his last job with Vcharge as a Marketing / branding contractor for about 5 months, post which, he started Teespring.com!

Teespring is a platform for custom merchandise, and was founded by Walker Williams and Evan Stites-Clayton in 2011 in Providence in Rhode Island.

It is a global company that offers sellers the leverage to create and sell customized merchandise and apparels, and buyers with the opportunity to find high-quality and unique products. 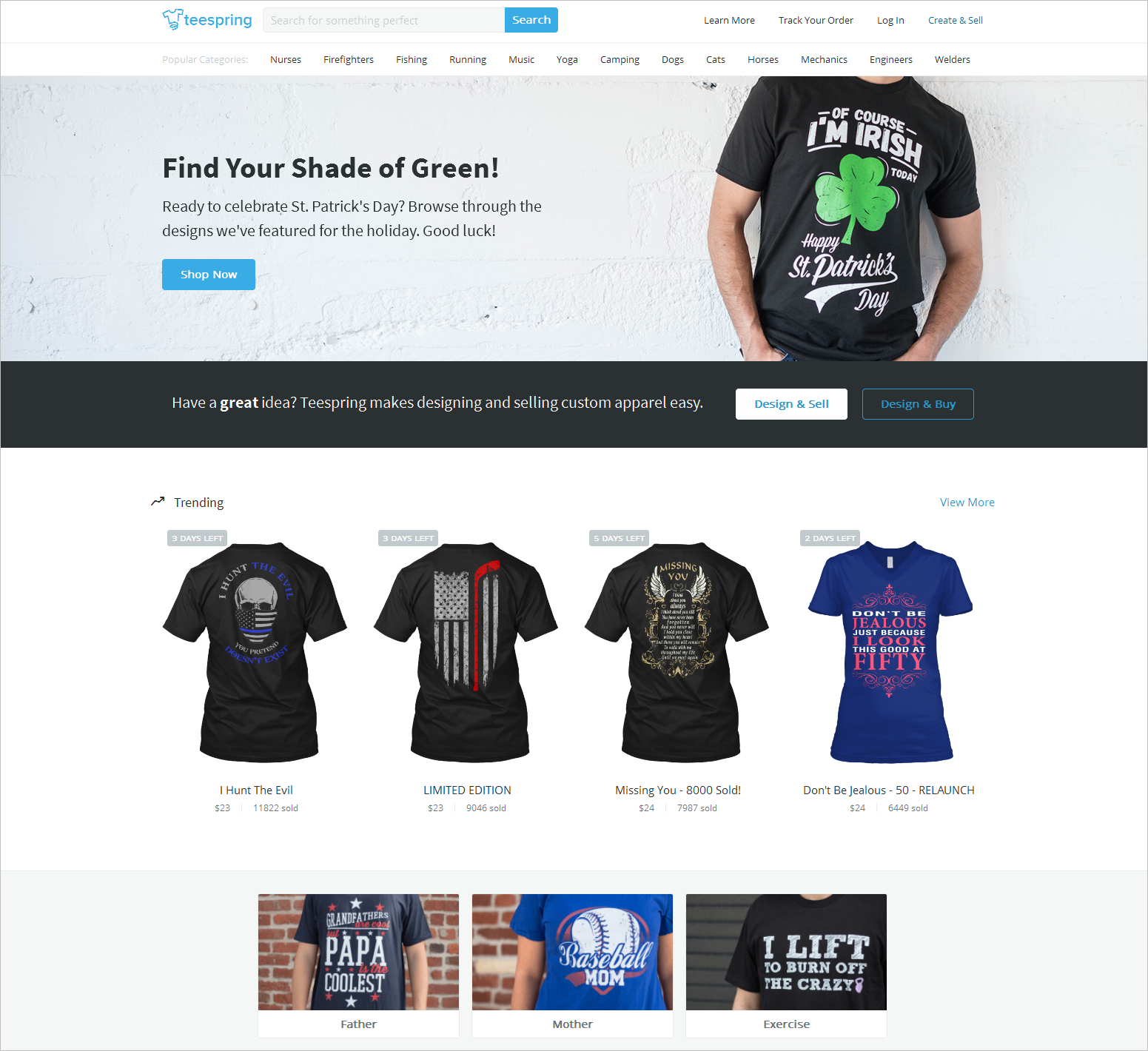 To put it into context; Teespring is a Kickstarter for custom t-shirts!

Some of the products that Teespring offers includes – T-shirts, Hoodies, Long-sleeve Shirts, Tank tops, Youth apparel, and kids and baby apparels as well.

Teespring functions on a pretty simplified business model, wherein it provides a platform to all the individuals who wish to create, display and sell custom products. They are also required to design and market the product themselves.

In exchange, Teespring handles the production and distribution and fulfils the orders for the campaigns that have reached their sales goal, and also ships them for them for the sellers too.

To fulfil these orders, Teespring does not produce the apparels, but instead, it sources them from third-party brands, such as – Hanes, Gildan Activewear, American Apparel, LAT Sportswear, Bella, Rabbit Skins, canvas Ringspun, etc…

Now the profits cannot be standardized, as they depend on certain variable factors, three to be more specific –

-   The type of product chosen

-   The amount of colours used in the design

-   And the price set by the campaign creator

Higher the quality of products and the use of designs (with multiple colours), higher will be the base price! Eventually, after the campaign ends, both – Teespring and the campaign creator collect a portion of the profit.

It works in an unorthodox pattern, wherein, people pre-order from your merchandise, and when the campaign ends, Teespring transfers you the money you made.

The Teespring platform allows people to use their own unique designs, print them on clothing and then sell them in an open market. The beauty here is that, one gets the opportunity to do so, without any overhead costs or restrictions which are normally associated when you start an online store.

These items are sold in the form of campaigns (or limited edition runs). This helps Teespring to print and ship in bulk, and also helps to keep their costs low as well.

It’s pretty simple and easy-to-use for the buyers.

You can also Track your order using your unique Order Number on www.teespring.com/track.

The story of Teespring is very interesting and motivating. It dates back to their university days!

The idea was a creation of Walker Williams and Evan Stites-Clayton and was born during their senior days at Brown University in 2011. 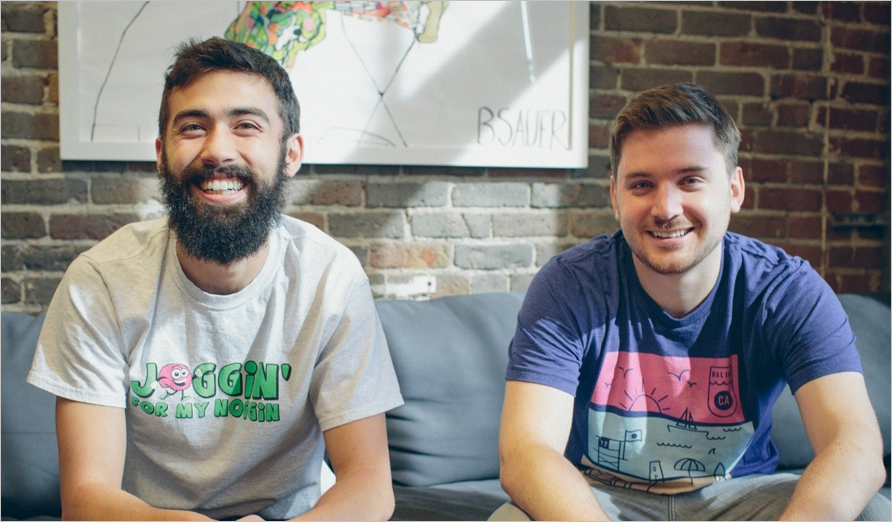 The idea had started off with a few beta users, post which, it was launched for the world to use. Unlike their imagination of receiving a grand welcome and media hype, the response was rather too slow and silent. The reality was far less exciting.

In their words – “No one was interested in covering our launch!”

By then they had realised the hard truth, that there’s no overnight success for them, and that they’re going to have to grind it out.

Time passed, and very, very slowing their business also crawled its way ahead. Then one day, they head that Brown University’s legendary Dive bar (The Fish Company [now the Whiskey Republic]) was shut down on grounds of underage drinking violations. It was one of those bars, where college students found it rather easy to get into and loved it for those reasons as well.

Anyway, the whole campus was talking about it – on Facebook, Twitter, just about everywhere! Brown Daily Herald, the university newspaper was also talking about the news as well.

Noticing the limelight, the cofounders decided to capitalize on the opportunity and before going ahead, spoke to their local screen printer to figure out the logistics.

To their hard luck, the local screen printer informed them that, they required the exact number of T-shirts, its sizes and an upfront payment of the total amount (which would be thousands of dollars for 200+ T-shirts). It would also take about two weeks for the T-shirts to be ready.

Obviously, the terms weren’t fine with them, but since they really wanted to do this, they started to figure for better solutions.

After a lot of frustrated thought that went into figuring out a solution, they decided to build something themselves, and in a matter of about 6 hours, “freefishco.com” was live!

The idea was that, if they could get at least 200 people to pre-order the t-shirts, they would get them printed and shipped directly to buyers, and if they couldn’t reach their goal, no one would be charged.

The site caught the viral effect, and within hours they had managed to sell over 400 t-shirts and pocketing $2,000 in profit.

Thus the idea for a crowd-funding site for apparel – Teespring, was born!

Soon after that, they also received their first round of angel funding of $600,000 from Rhode Island angel investors Bill Cesare and Mark Weiner.

By the end of that year, Teespring also joined the prestigious start-up accelerator Y-Combinator and also received another $1.3 million including $500,000 from Sam Altman, now president at Y-Combinator, post the three-month program.

By now, the company had also gained a significant amount of traction organically, and had also achieved profitability. 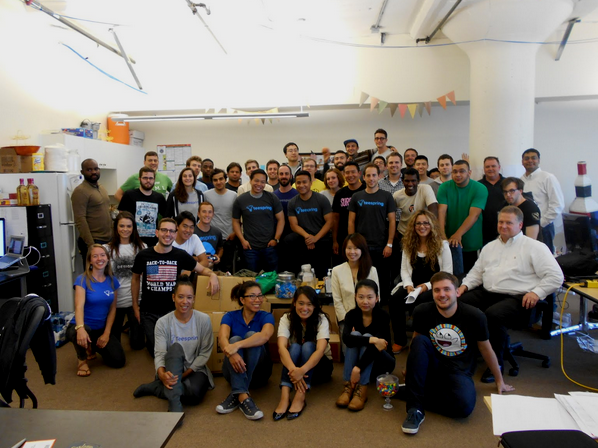 By 2014, the company had reached to stage, where 1 in 75 People in the US had purchased a product in that year, more than 20 People had sold more than $1M in products in a year, 12,000,000+ Products had been shipped globally, and they now also had 4 Offices (San Francisco in California, Providence in Rhode Island, Hebron in Kentucky, and London in England.

In January 2015, Teespring also acquired Fabrily, which was a UK-based start-up with a similar business model and nearly identical culture and goals.

In the year 2015, Teespring managed to sell 6 million shirts through its customers, at least 10 of whom had become millionaires just by doing this.

So far, the company has paid out a total of $140 million after covering its own production and shipping costs in the last 18 months and has shipped more than 15 million t-shirts, tank tops, and hooded sweatshirts as well.

They have also increased their team size to roughly 250 employees, and have raised a total equity funding of $56.88M from 6 Investors including – Andreessen Horowitz, Fritz Lanman, Fuel Capital, FundersClub, Khosla Ventures and Y Combinator.