Born on the 30th of September, 1951; Venugopal Dhoot is one of the most prominent and respected businessmen of the rising India.

More formally, he the Promoter & Chairman of the Videocon Group of companies and has also been the key reasons of the immense growth, success and popularity of the Group. Valued at $1.55 Billion (2013), Venugopal is also the #53 richest person of India.

Personally speaking, he has completed his studies from the Ferguson College of engineering, Pune and presently lives with his wife Rama Dhoot and his two children, Anirudh and Surbhi. He also has two younger brothers Raj Kumar Dhoot [Member of Parliament (MP) in the present BJP government] and Pradeep Kumar Dhoot.

The elder Dhoot is known to be a huge fan of cricket and is also in the process of buying an IPL (Indian Premiere League) team for himself. Additionally, he has also launched a cricket school in Kolkata to train and promote young cricketers of India between the age groups of 10 to 17 by the name of “The Videocon School of Cricket”, under the guidance of former Indian Cricket Captain, Saurav Ganguly.

Other than that; the diehard environmental enthusiast that he is, has also been accredited for completing a project for planting 2,000,000 teak trees across India.

Lastly; a quote that remains close to his heart is: “An entrepreneur is an ‘opportunist’, in the sense of being good at spotting an opportunity or, creating one where none existed before.”

The Untold Story of Videocon! 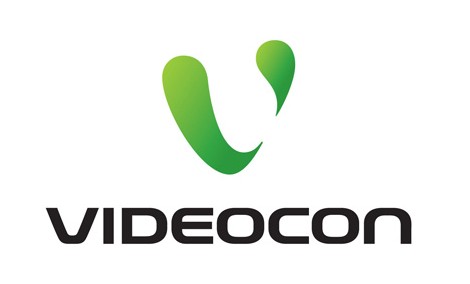 It all began with his father, the late “Nandlal Madhavlal Dhoot”!

He began his career as an Indian industrialist and went on to make an earlier fortune in the sugarcane and cotton industry. After this successful stint of his; by 1955 he had gained enough confidence to boldly venture into importing machinery from Europe to set up his Gangapur Sakhar Karkhana (Sugar Mill).

Now even though he did manage to open one, but there was a huge problem of electricity amongst the neighbouring villages and had absolutely no way of solving that problem. Hence, to counter that, Nandlalji along with many other people began the first ever Industrial Revolution in Maharashtra.

Over the period of years, Nandlalji’s introduced many unique and ground-breaking expressions in countless mediums, which gained him the reputation of ‘The Pioneer of industrial activity’ in Marathwada, Maharashtra. And not only did revolution take place but, to top that, Maharashtra became the hub of Industrial Activity in India.

Now after years of struggle and efforts; when he saw that the times had changed, Nandlalji introduced his three sons – Venugopal, Raj kumar and Pradip kumar into business as well, around the early 80’s.

Evidently, he now had more solid hands he could rely on; hence he decided to take one of the boldest moves of his life!

With the help of his three sons, along with a technical collaboration with the Japan-based Toshiba Corporation – Nandlalji founded Videocon in 1984!

Clearly, his idea was another revolutionary one of its kind and the beauty of it was that, it didn’t many companies to compete with too!

Within a matter of no time, they gained their first major breakthrough, when they received one of India’s first license to manufacture colour televisions. And with that Videocon also started manufacturing B&W and Colour televisions!

In 1989, the company launched home entertainment systems and air conditioners as well, which was followed by manufacturing of CRT glass shells at Gujarat around the mid of 90s. And by the year 1995, the company had brought on refrigerators and coolers to its kitty too!

From here onwards the company began to expand and diversify with every passing day into every opportunity that came in their way!

How did Videocon expand?

It had all begun with consumer products like colour televisions, which then went on to increase to air conditioners, washing machines, refrigerators, microwave ovens and many other home appliances, through a multi-brand strategy. And today they hold one of the largest sales and service network in India.

For a long time, Videocon remained unbeatable when it came to Consumer Products, until recently, since the time Korean companies have begun to enter the Indian market aggressively!

Due to the rising popularity of these Korean brats in the Indian market, Videocon lost its no.1 market leader position and dropped down to no.3.

Moving on; the company then diversified into Oil and Gas exploration in October 1994. This took place with the signing of the Production Sharing Contract for the RAVVA Oil and Gas offshore Field off Kakinada, Andhra Pradesh as a 25% non-operating partner.

This division of the Videocon Group is considered to be one of the most important assets for them. Their RAVVA oil field is widely known to be with one of the lowest operating costs in the world and produces a whopping 500,000 barrels of oil per day.

Later in the year 2006 Videocon Group also diversified their business into the international arena by successfully winning the bid for Offshore Blocks in Timor Sea and Sultanate of Oman.

And today, the group holds a huge share interest in multiple international oil and gas Concessions through its various subsidiaries and affiliates in Brazil, Indonesia, and East Timor.

More recently, a dead investment made in Mozambique turned out to be fruitful when they discovered Gas. To top that; their investment also rose more than tenfold in just a matter of three years!

And believe or not; this may come across as a shock, but Venugopal’s Mozambique gas field has a potential of more than six times the reserves than Reliance and Bharat Petroleum itself.

Anyways, after a successful phase in Oil & Gas business came the turn of its retail wing under which Videocon also owns three major retail brands: Next, Planet M & DigiWorld.

Next Retail India Ltd was founded in the year 2003 and is one of India’s largest retailing consumer electronics chain. At present it holds more than 1000 showrooms spread across India.

Planet M was a music retail store founded by The Times Group (BCCL) and was later sold to Next Retail India Ltd. for $32 Million in the year 2007. It currently holds a presence in more than 140 locations across India.

DigiWorld was founded in the year 2011 and is the fastest growing multi-brand consumer electronic and home appliances retail store chain in India. It holds a presence in mostly all urban & semi-urban areas of India.

Soon after their Retail section got set; Videocon moved towards the Mobile Phones and Telecommunications arena in the year 2009!

The company launched a new wing, wherein, they went on to introduce a range of cell phones for the local Indian consumers.

This stint of theirs ran really well and became the phone of every house in the Tier-2 and Tier-3 states of India.

Within a short period of time and with the changing trend, Videocon also launched a number of handsets which range from basic colour FM phones to high-end Android devices.

While this was on; in 2010 Videocon also launched another company of theirs called ‘Videocon Telecommunications Limited’ – in an attempt to provide mobile service operations across India, which was also in sync with their current business.

And together; Videocon went on to provide different schemes to its consumers such as the concept of ‘Zero’ paisa per second with bundled SIM cards of Videocon mobile services.

More recently, the company also launched its own flagship smart phone called ‘Videocon A55HD’ in India for a price of Rs. 13,499.

While Videocon launched their Mobile & Telecom wing around the same time, they also launched another subsidiary in DTH sector called D2H.

Being one of the first to offer DTH service; Videocon used to offer its consumers LCD & TVs with a built-in DTH satellite receiver with sizes ranging from 19 to 42 inches.

They offer 500 channels and services which include 28 HD channels, 21 Active Music Services and one 3D channel.

Since then; the company has transformed into a group of companies which collectively account to become a $5 Billion Conglomerate with employee strength of more than 15000 members. The company is widely known to have never had a single day’s manpower loss in the last 15 years.

These groups of companies hold a diversified portfolio spread across various other industries and countries which include 17 manufacturing sites in India and plants in Mainland China, Poland, Italy and Mexico.

Although, today the group’s core areas of business are consumer electronics and home appliances, but they also hold a strong presence in genres like DTH, power, oil exploration and telecommunication.

In the year 2005 Videocon acquired the Colour Picture Tube (CPT) businesses from Thomson S.A which at that time had manufacturing, support research and development facilities in Poland, Italy, Mexico and China.

When Videocon entered the race for bidding in November 2004, there were 16 other bidders like LG, Philips, Samsung and Matsushita, Daewoo and several Chinese manufacturers and Videocon stood a thin chance to win, beating all odds they managed to close the deal.

Industry insiders believe that the major reasons behind this acquisition were tremendous Cost cutting, Vertical Integration & Rationalisation of product profile.

Additionally; Videocon also went on record to official say that – “The word is out in the world that India and Indian companies are not just a good bet by themselves, but also a hedge against China.”