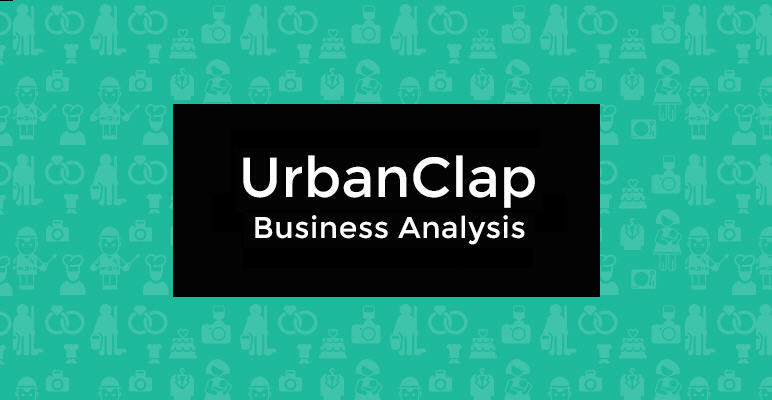 UrbanClap is an online platform that connects online users with offline businesses. In other words, it helps the consumers to find and hire trusted service professionals.

Whether you are in search of a carpenter, photographer, wedding planner, yoga instructor, electrician, plumber, interior designer or anything else – from any blue collar service to otherwise, UrbanClap with its 80 categories helps you with your needs.

This largest mobile services marketplace in India, was founded by the trio Abhiraj Bhal, Varun Khaitan and Raghav Chandra in October 2014, and is currently present in 6 cities including – Delhi NCR, Bangalore, Mumbai, Chennai, Pune and Hyderabad.

UrbanClap has also done a thorough background check and police verification for the professionals that are listed on their portal, and have also hired a retired superintendent of police.

And they have hired individual professionals to keep a deeper control on verification, quality and delivery as well.

Since, UrbanClap is a platform to make our urban lives more fulfilling by solving our needs in a clap; they decided to name it – UrbanClap.

Their vision is to structure the highly unorganized services market in India with the help of today’s modern technology and smart processes. They want to make this whole process of hiring a service professional as easy and straightforward as buying something on Amazon or Flipkart.

What Is Their Business & Revenue Model?

UrbanClap’s business model is still under ‘work in progress’ category and may change as per situation, but for now since, the service market is largely driven by middlemen or intermediaries and since both – consumers and service professionals are largely dependent on the middleman, who also determine the cost of the services, their primary aim is to bridge the gap and become a connecting point, and that too at the most affordable costs.

To add to that, these service professionals are usually paid very less, and the quality of their service is also highly unsatisfactory. So what they are trying to do is – UrbanClap is attempting to remove the middlemen and eventually create a value chain from which the business model would be derived. This business model will evolve, change and would depend on each category of service.

For basic, Blue-collared services like electricians, carpenters or home cleaning, one can directly book and pay for the services through their app, but for all the White-collared services, which require special skills and expertise, like photographers, interior designers or yoga instructors, UrbanClap has introduced an automated match-making algorithm which makes the effort to understand your exact needs, and then accordingly matches you to the professional that would be most suited to meet that need.

Talking about their Revenue Model – UrbanClap follows a commission model wherein they charge professionals for providing them with clients. The professional pays a commission amount while accepting the booking, post which, the platform helps them with the delivery and operations using its automated engines. Other than that, the portal also makes revenues through Ads as well.

UrbanClap was born out of an ambition and desire to develop a large tech business that would solve a long pending problem of consumer at large. And going by their business model, it does not require much research to understand that UrbanClap is targeting the Services market as well.

They realized that, even after being such a central and integral part of our lives, the local services industry remained extremely broken. And while, other adjacent industries are jumping on to the tech enabled bandwagon of innovation, the current solutions for this kind of service industry, hasn’t improved beyond phone call lists in the last decade.

Hence, they are trying to tap the $50 billion service market which is growing drastically, but yet remains highly scattered and unorganized. More specifically, they are targeting the mainstream audience, the urban Indian consumer, who wants to use all the services we are offering today, but is finding it hard to find the right connect.

The market size for such services is somewhere close to $4-5 Billion a year in India, out of which, the online market accounts for less than 5% or less than $200 Million. This market currently accounts for with a probable growth rate of around 20-30% annually.

Thus proving that, this is a great market to get into, and recently, it has also become the latest buzzing trend amongst the entrepreneurs and more and more start-ups are seen to be diverting towards this market as well.

What Strategies Have They Adopted?

UrbanClap does not adopt a specific strategy to market themselves, but believes in innovation! They don’t believe in spending money on traditional marketing techniques.

For instance, last year when Delhi municipal workers went on strike, UrbanClap decided to take up the task and cleaned a part of the city. Not only did this help the city, but also got them the public respect.

Other than that, they’ve adopted for a killer PR strategy, wherein they send a parcel to a random person with some goodies and a note with a catchy and sweet line, but no name and no number. They continue the same thing, for the second and the third time as well. No name or number.

By now, the person begins inquiring amongst their friends, family and colleagues about the gifts; unintentionally spreading the word for them.

And on the fourth day, they send an email to that person saying “Hi, Remember us ‘New start-up in Mumbai’, we’re UrbanClap.”

How much did they spend the three gifts? ₹600!

UrbanClap was Co-founded by the trio Varun Khaitan, Abhiraj Bhal and Raghav Chandra!

Varun has completed his Electrical Engineering from the prestigious IIT (Kanpur) and is responsible for marketing and product growth at UrbanClap.

May 2007 and worked there for only three months. He had similar short stints at Qualcomm (Interim Engineering Intern), iDiscoveri Education Pvt. Ltd. (Education Associate), StartingBloc (Fellow) and The Founder Institute (Fellow), in the following two years as well.

After completing his studies, he decided to join Qualcomm again as an Engineer in December 2009 and continued this stint for almost 2 years. Post that, he joined The Boston Consulting Group as an Associate (and later as a Consultant) in October 2011 and went on to work with them for less than 3 years.

Later, he also began with his first entrepreneurial venture called – ‘Breakthrough Innovations’ in May 2014, but for unknown reasons, he shut it down in a few months and started UrbanClap.

His personal interests include trying out new coffee shops, exploring Delhi with his Polaroid and running.

The highly qualified Abhiraj has completed his Electrical Engineering from not only the prestigious IIT (Kanpur), but has also pursued his MBA from the Indian Institute of Management (Ahmedabad). He is responsible for the operations and the whole process of getting service providers on board at UrbanClap.

He started his career after completing his MBA, and joined The Boston Consulting Group as a Consultant in May 2011. He continued working there for more than 3 years post which he decided to start his own venture along with Varun and Raghav, and cofounded UrbanClap in 2014.

His personal interests include running marathons, sky­diving in Spain, scuba diving in the Andaman and cooking for his wife.

Raghav has completed his Computer Science and Electrical Engineering from the University of California in Berkeley, and currently, leads the Technology and Product Development at UrbanClap.

After these, he joined Twitter as a Software Engineer in April 2012, and went on to continue this stint for less than 2 years.

Soon after that, he had also found his first entrepreneurial venture called – Buggi in November 2013, but again, for unknown reasons shut it down in 6 months itself, and cofounded UrbanClap.

His personal interest includes dancing and prefers to groove on Westcoast Swing and Rock­n­Roll.

The idea was initially conceptualised by IIT Kanpur batchmates – Varun and Abhiraj over weekend conference calls across the seas, post which, they got together in Delhi, and then also got introduced to Raghav through mutual friends.

After the idea was prepared, they began with the research and survey across segments, and received highly positive responses, realised that it in a disorganized market, it would be easy enough to get their product to customers.

By May 2014, they had the product ready for testing, and in October 2014 it was officially released for the public.

The response was so good that, by June 2015, UrbanClap had grown on to become a 50 member company, and also was planning to increase that headcount to 250 in the next six months as well.

By now they had more than 20,000 service professionals who had partnered with them and were serving to more than 5000 customer requests a day. Their market size has also seen to be growing at a rate of 20-30% a year, and they also receive almost 12,000 daily unique visitors as well.

These service professionals were now receiving a total business worth $200 Million annually, which means they are processing requests for a gross transaction value of ₹110 crores a month.

As per recent reports, UrbanClap has also already surpassed the $100 million GSV target and is now aiming to touch the $1-Billion mark by the end of the year. Gross Services Value (GSV) is the value of services sold through the platform which eventually determines the market leadership.

UrbanClap now caters to 6 cities including – Delhi NCR, Bangalore, Mumbai, Chennai, Pune and Hyderabad, and offers services in 80 categories. Additionally, preparations to expand further to Tier-I cities and small towns, more specifically to 10 cities, and will also be increasing their categories to 100 by the end of the year.

They will also be increasing their current workforce from the present 300 to about 500 by next year as well.

More recently, they have also recently acquired a platform that offers to book brand-authorized repairs and other services called – HandyHome in an equity swap deal, and have also tied up with soon to be launched online men’s grooming start-up called Bombay Shaving Company.

Lastly, talking about their funding – the company has received an undisclosed amount of investment from Ratan Tata. Other than that, they have also raised a total equity funding of $36.6M in 4 Rounds from 6 Investors including – Accel Partners, Bessemer Venture Partners, Kunal Bahl, Rohit Bansal and SAIF Partners.