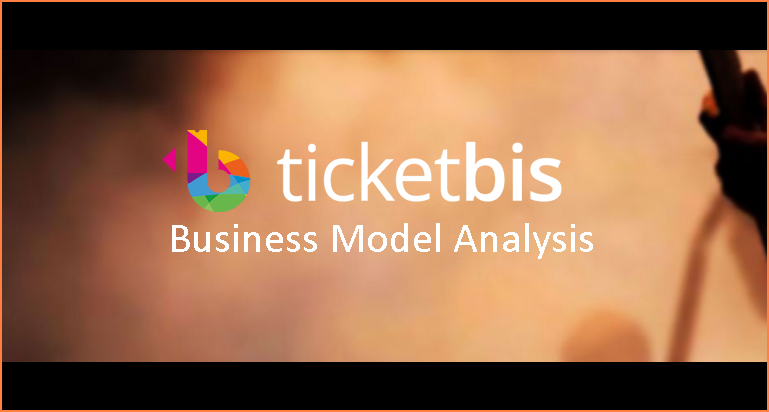 Founded in Spain in 2009, Ticketbis is a secondary online ticketing platform which operates in the ticket resale market, wherein one can buy and sell tickets of various kinds of events such as music concerts, sports events or any type of live event, happening anywhere in the world.

What is their Business Model?

It functions on an interesting and innovative Business Model called – Peer-to-Peer Selling, which is a decentralized model whereby two individuals interact to buy or sell, while the company works as just an intermediate between the two.

The job of Ticketbis is to make sure both the parties are protected and the transaction is performed safely and securely. To protect the buyers – the seller does not receive the payment until the buyer has attended the event. And for the sellers – they are guaranteed automatic payment for the ticket once the event has taken place. In case, if there is a problem with the buyer’s payment information, Ticketbis also takes care of the issue as well.

Being a global community and the world’s largest portal of buyers and sellers, Ticketbis leverages both the parties greatly. While, buyers get the option of a wide selection of tickets for events that may have been sold out and in your own currency and language, the sellers have a large pool of potential buyers for a ticket which might have got cancelled or waste.

- You need to create a profile, and provide all the necessary details related to ticket and your bank.

- You need to get your tickets listed on the website and set the selling price you consider appropriate. The pricing can be different from that of other sellers.

- You can only list tickets that are due to expire in at least five day’s time.

- Prefer to go with the seller with the most information

- And pay for the tickets using one the given payment options

- Once the purchase has been confirmed, the tickets shall be sent to the given location. If buyers do not receive their tickets in time for the event, Ticketbis must refund the amount paid.

- If the event is outside your city, you can also request for the delivery to your accommodation, such as a hotel or an apartment, and in cases of last minute purchases, one can also get the tickets delivered to a pre-arranged location close to the venue as well.

What are their Market Segment, Revenue Model and Strategies?

To begin with – the market segment that Ticketbis’ aims to target is men and women that are aged between 25 to 45 years old, and to be more specific, their target audience is further divided into two sections within this age group as well – the sellers, and the buyers!

Now to target this audience, over the period of time, Ticketbis has successfully adopted various strategies to lure the users. Largely, what they have done differently is that, they have successfully implemented the approach of “Think local, Act Global”, not only at the top level, but also at the grassroot level too!

Instead of hiring a team of Ph.D.s from business colleges to expand into a new market, they have always preferred to go with a team of local people with the necessary knowledge of the interests, trends and pitfalls of ticket sales, which is required to form a valuable team.

Other than that, since the very beginning, they have also preferred to focus more on larger base and focused marketing, which helps them to positions themselves well on the Search Engines. This is majorly focused around online marketing, more specifically Affiliates Search Engine Marketing (SEM) and Search Engine Optimization (SEO).

Recently, they have also started testing offline marketing medium like advertisement on radios, newspapers and on TV as well.

Lastly, talking about their Revenue Model – Ticketbis makes money by charging both – buyers and sellers, a commission fee based on the standard commission in the market of 10% to the seller and 15% to the buyer on each ticket sold, making it a total of 25%.

Post this, from sending the ticket from a seller to the buyer, to making sure the ticket is transferred in the name of the seller, to their guarantee and dealing with any other problem, Ticketbis takes care of it all.

Ticketbis was founded by Ander Michelena and Jon Uriarte in 2009, who currently, manage a team of over 350 specialists in more than 40 countries.

Jon is one of the CEOs of Ticketbis. He was born and brought up in Bilbao. He has completed his Bachelors in Management and Business Administration, and Master in Financial Management from the Universidad de Deusto.

He had again joined Merrill Lynch in 2002, but this time as an Analyst and in London. Post this 1.7 year stint, he decided to move to ABS Partners as an External Collaborator in October 2003. He again, worked there for more than a year and then moved on to join EMASE as an Analyst in November 2004.

In May 2005, he again decided to switch, but this time it was to Morgan Stanley. He managed to stick around for more than 4 years as an Associate managing Private Wealth for Spain and Portugal.

In 2009, he was tired of living this banking lifestyle and wanted to start his own business. Hence, he quit his job, moved to Spain along with his Cofounder Ander Michelena and started Ticketbis.

Ander is the other CEO of Ticketbis. His journey too, has been pretty much similar as well.

After completing his education, he too decided to move to London to pursue his career. His career as an employee was a rather short one, which started and ended with Morgan Stanley itself. He had joined Morgan Stanley in 2006 as an Analyst.

A part of his profile included working in the Bank solutions team, dealing with bank’s problematic assets, capital problems, etc. After playing with billions of dollars, he too, got tired of this lifestyle, and decided to take the leap.

Having said that, Ander along with Jon quit their jobs and moved to Spain to start their first business venture – Ticketbis in 2009!

What is their Story? How has their growth been so far?

It all started when they both were moving to London to join Morgan Stanley. They had met on the flight and upon talking to each other, figured that they both were workmates. Additionally, they had a lot of things in common too. Goes without saying that, they became good friends too!

Later, after investment banking was getting on to their nerves, they both began looking for opportunities in business to move out.

They began exploring their options in the business arena, started researching different business models that had had success in the United States. After rejecting a list of business models, they came across a gap in the market for a secondary ticketing market in Spain

A deeper research cleared the air even more for them, and they decided to pursue this opportunity. They decided to quit their jobs and move to Bilbao, to Jon’s parent’s house and made it their office. Thus, began the journey of Ticketbis in 2009.

Now, this was also the time when recession had hit the world, but they were well aware that things wouldn’t be that easy and finding capital would be an equally difficult task too. What they knew after talking to several potential investors was that, they had a good idea.

Their first task was to arrange for funds, and their investment banking profiles and Jon’s job in private wealth leveraged them to meet a good number of people who had built their own companies and who had considerable wealth and influence as well.

After 4 months of rigorous meetings, they finally closed their first round of funding of $550k (€400k) raised from Friends and Family.

Since they were not from the technical background, the next task to build the portal was to hire programmers and to start creating the website.

From March 2009 onwards, their unformed company began developing the website, they also hired more people in their team focusing on the IT side.

The portal was launched for the general public in 2010!

Since then, there has been no looking back for them. Just after one year in the business, Ticketbis managed to become the market leader in Spain, and also began expanding internationally. The first countries they expanded too were: Italy, Portugal, UK, Brazil, Mexico, and Argentina, which were followed by Chile, Colombia, Peru, Venezuela, Russia, Paraguay, Germany, and Uruguay, in the 2 consecutive years.

By 2014, not only they had begun operations in France and Asia, but had also partnered with GlobalCollect, an Ingenico Group company and the world’s most knowledgeable payment service provider, as well.

Since 2009, they have also managed to make over 300,000 ticket sales of more than 90,000 events in Europe, USA, Latin America, Asia and Australia as well. They now have 6.4 million users and are now catering to events in 49 countries.

And lastly, to achieve all this, Ticketbis has raised a Total Equity Funding of $25.97 Million from 6 Investors including – Active Venture Partners, Daniel Curran, Eneko Knorr, Fabrice Grinda, Jose Marin and Marc Bell Ventures.