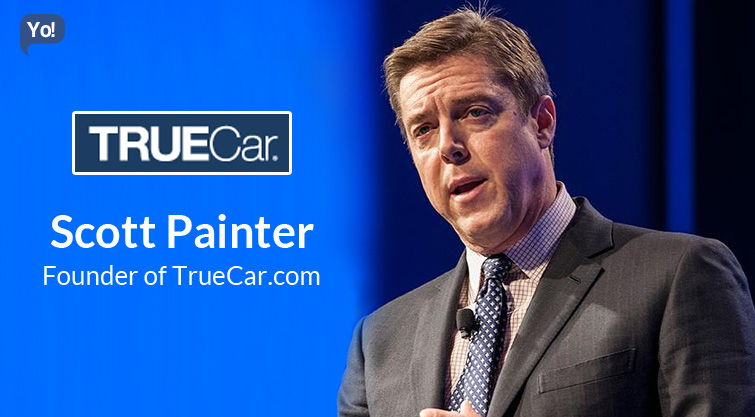 Who is Scott Painter?

Born in 1968; Scott Painter is most famously known as the founder of the NASDAQ-listed TrueCar Inc which currently holds a Market Capitalization of $528.79 Mn. He currently owns almost 12% of the company.

Over the period of time, he has also developed the image of a serial entrepreneur, given that, he has managed to incorporate 37 other companies and has also raised more than $1.25 billion in debt and equity capital for those businesses in the last 20 years. But overall, his primary focus has always been the auto-retail industry, and he has also been an early adviser to numerous automotive businesses including Tesla motors as well.

Interestingly, he is also one of the first people to reserve a seat on ‘Virgin Galactic’, the sub-orbital spaceflight company that is owned by Sir Richard Branson.

Other than that, he is also a member of the World Economic Forum, where he has both attended and spoken at Davos since 2011, and was also the keynote speaker at the Consumer Banking Association’s Auto Finance Forum in 2014. He is often seen attending TED, All Things D, etc too…

Some of his accomplishments include: -

What is his story?

Scott was born in Seattle and grew up in Placer County, California.

He attended the United States Military Academy at West Point, where he studied military strategy and systems engineering, and had served as class president there. Post that, he moved to the University of California at Berkeley where he had studied Economics. Presently, he is married and lives in Los Angeles with his four children.

He started his first company, Scott’s Auto Dealing, at the age of 14. After high school, he joined the United States Army and trained to become a Spanish interrogator.

While at it, he also started his career with the US Army as an Airborne Spanish Interrogator in 1987. And after working with them for about four years, he started his first company at the age of 14.

He founded AUTOAccess in 1992, which was about providing electronic classified services to several hundred new car dealerships.

This start-up went about for a year post which, he joined 1-800-CAR-SEARCH, as their new VP (Marketing) in 1993. This was also an online marketplace for selling used vehicles.

IN Jan 1995, he moved on to work with 1-800-DENTIST, as their VP (Marketing), and after working with them for about a year, he then founded his company called Dental Advantage in 1996.

Dental Advantage was a full-service consulting, publishing and financial services company for dentists, which he ran for around a year, post which, he started Vision Incorporated – a strategic consulting firm that was focused on transforming traditional businesses for eCommerce, in January 1998.

In the next three years, Scott went on to find two companies CarsDirect.com in 1998, which he ran till 2000, and then Advertise.com, which he ran for about a year.

CarsDirect.com had originally begun as an online car buying company and then had expanded into dealer referral and advertising. It had introduced the first generation of online car sites, and had also driven the world’s major automotive manufacturers and their franchised dealers to embrace the Internet as well.

And Advertise.com, as the name itself suggests, was about providing small-to-mid-sized companies with a media plan and assessment, and creative and media buying services.

In 2001, he had then Co-Founded Direct Ventures, which was focused on working with entrepreneurs and investors to help them with launching businesses to deliver better customer experience around the purchase of items such as boats, motorcycles, planes, appliances and homes, etc…

This went on for about two years, post which, a new company was founded by him called Build-to-Order in 2002. BTO was a car company that used to outsource the engineering and manufacturing to the supply chain while retaining the brand, design and distribution in-house.

And then finally in 2004, he started the company that changed his life for good. He founded TrueCar Inc!

Since then and along with TrueCar, he has also founded two other companies – Pricelock in

Anyway, moving on! Let’s talk about his most priced position – TrueCar!

TrueCar is a negotiation-free car buying platform that connects sellers (of used and new cars) with buyers. Simply put – TrueCar is an automotive pricing and information website for new and used car buyers and dealers.

What differentiates them from the others is that, TrueCar also provides car-buyers with a transparent insight into what other buyers have paid for the vehicles, Upfront Pricing Information which generally includes guaranteed savings off MSRP (Manufacturer’s Suggested Retail Price), and their network of TrueCar certified dealers.

Their service is completely free of charge, and they make money by charging fees to their Certified Dealers, and in certain cases, automobile manufacturers and/or third-party service providers, as well. 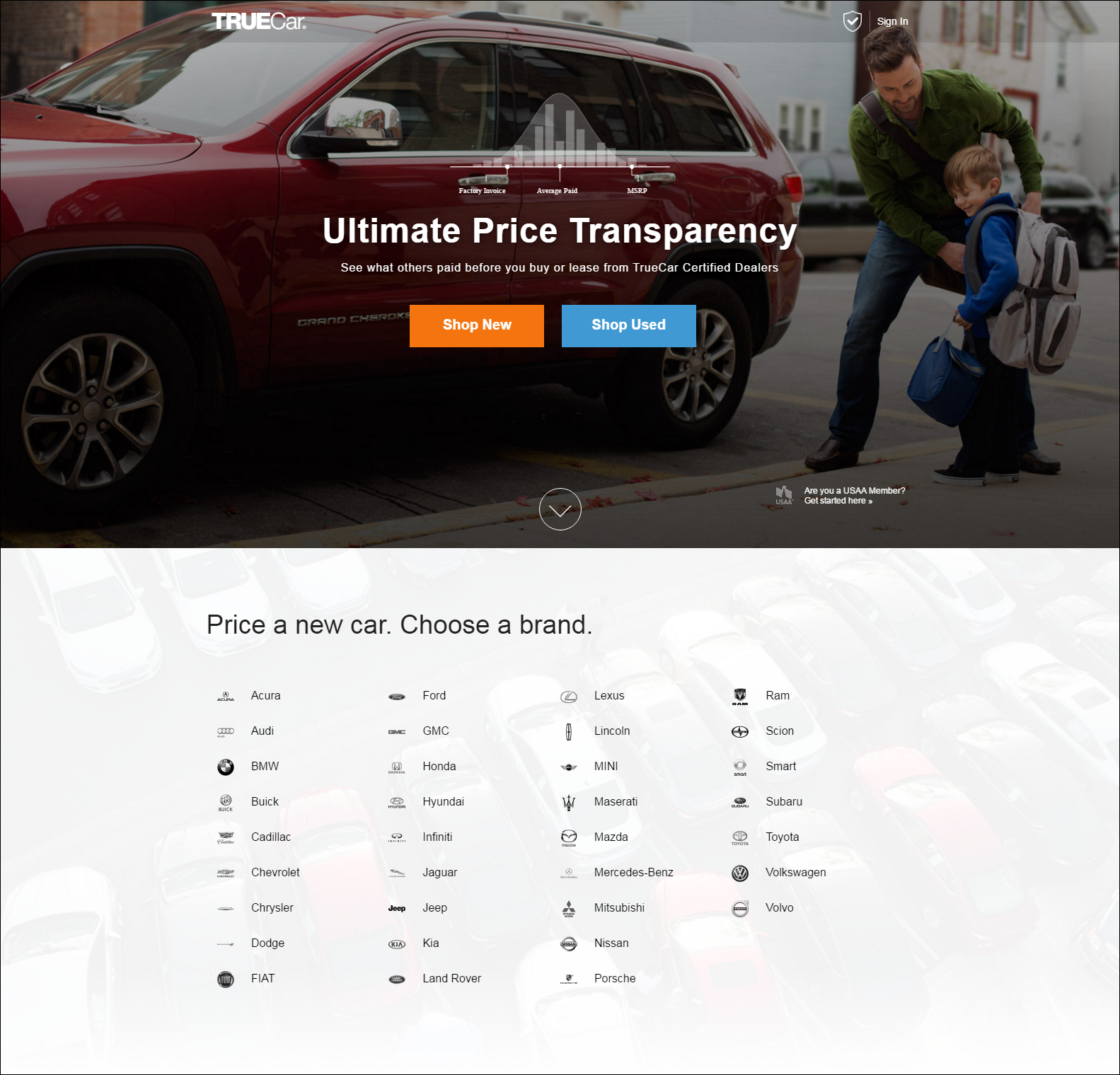 This is a story that is very well known to many, but for those who aren’t aware – here it goes!

So TrueCar had begun by offering price info on automotive transactions to help consumers get the lowest prices possible, and had built up their brand to attract users who were interested in buying specific cars at low prices.

Obviously, customers were very happy to have a portal which helped them get the lowest prices possible based on having the knowledge of the lowest prices paid by others for similar makes and models. However, the dealers didn’t like the customer empowerment, and started boycotting TrueCar because according to them, the company was driving out all their margin from the new car transactions.

Due to the boycott, TrueCar lost about 2700 dealers in a matter of just few weeks, and the company’s monthly revenues dropped from $15 Mn to $8 Mn as well. These dealers also started complaining to state and local governments too. All the dealer defections had caused TrueCar to lose a total of $75 Mn in 2012.

At TrueCar offices, they had a nickname for the crisis: the Swirl. It meant – a powerful whirlpool in the sea or a river. They even had images of TrueCar spinning down the toilet.

Scott realized the company had about 4 months of cash left in the bank, which would last for about 60 days.

Since Scott had invested most of his personal wealth in the company, so the failure of TrueCar would also mean a complete personal financial ruin.

At the same time, he was also going through a personal crisis. A custody battle with his ex-wife over his two oldest children, second marriage falling apart and Panic attacks leaving him unable to breathe ––– all happening at the same time!

Other than that, as his performance bonuses dried up, he also fell into debt and had to request the board of directors to increase his pay to help him support his basic lifestyle which included a house in Bel Air, a nine-car garage, and a $220,000 silver Aston Martin Rapide.

That is when his he turned to his therapist, and he gave him the idea of his life. His therapist thought for a moment and said, “Have you ever thought that all of this is your fault?”

As much as shocked Scott was, but he realized that the therapist had a point. That is when Scott learned the biggest lesson of his career – You have to listen!

Since he was an arrogant personality, his company and its approach was also the same! But he learnt that to create sustainable change you have to understand both sides of the coin.

Most consumers don’t realize how tough it is for dealers to make a living. And these buyers don’t really expect the absolute lowest price, and all they want is not to get looted. So if the consumers know they are paying a fair price, they’ll be more than satisfied.

And that is what led to the change!

They changed the value proposition of TrueCar to one that worked for customers and dealers. And, instead of promoting the lowest price, they now shifted to promote a “fair price”.

TrueCar went back to its dealers and all the relevant regulators and made sure that they were all on the same page.

The pivot worked and the TrueCar dealers got back on board, and gradually, the company also started getting back to normal.

And that is how Scott brought the company back from the dead!

Since its founding in 2005, TrueCar has established a national network of more than 11,000 certified dealers and it is estimated that their users purchasing cars from certified dealers accounted for approximately 3.9% of all new car sales in the United States in 2014. According to the company’s stats, more than 611,000 new and used vehicles were purchased at TrueCar Certified Dealerships in the same year.

Additionally, in the years of 2014, TrueCar also launched their IPO on the NASDAQ and successfully completed a secondary offering in November 2014 worth approximately $125 million. Today they hold a market cap of around $528.79 Mn. 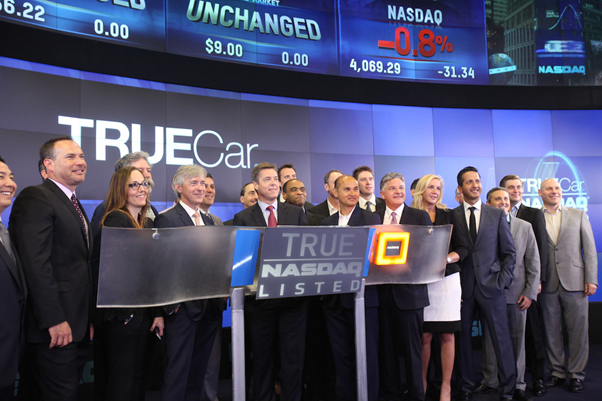 More recently, Scott step down as CEO of TrueCar in 2015, and was replaced by Chip Perry.

They have also made 2 acquisitions in their lifetime which includes – ALG for about $83 Mn, and Honk for an undisclosed amount.