Born on the 19th of August 1967; the media shy – Satya Narayana Nadella better known as Satya Nadella is the India-born newly appointed CEO of the Microsoft.

With a salary package of $17.5 million currently has been creating buzz in the tech world, the Silicon Valley and the Indian media, since a year before Sundar Pichai become the CEO of Google.

Satya has succeeded Steve Ballmer to become the CEO of Microsoft on 4th of February 2014. He is known to be one of the very few in the company who have seen a range of promotions and that too since his joining.

Apart from being married to his high school love Anupama, he has also been married to Microsoft since 22+ years. Satya lives with his wife and three children (a son and two daughters) in Bellevue, Washington.

He simply loves reading and cricket. His preference includes American and Indian poetry. On the other hand, cricket has been his interest since his school days and was also a part of his school team. He often says that the game has thought him leadership and teamwork skills.

Lastly, just like every successful person on this planet, he too is passionate about knowledge, and signing up something or the other to learn something new.

Short Story Of His Early Life…

Satya was born into a family that was based in Hyderabad, Andhra Pradesh which is now known as Telangana. Bukkapuram Nadella Yugandher his father was a Civil Servant of the Indian Administrative Service.

Satya, after completing his schooling at the Hyderabad Public School went on to complete his Bachelor’s degree in Electrical Engineering from the Manipal Institute of Technology in 1988.

Now Satya was very clear in the head that he wanted to build things in life, but didn’t really know how to go about it. Yes, he did know that computer science was what he wanted to take up, but since the course didn’t hold that much importance at Manipal University, he decided to go with Electrical Engineering, which became a great way for him to discover his true passion.

Later, he decided to more the US, where he pursued his Masters degree in Computer Science from the University of Wisconsin–Milwaukee in 1990. A couple of years down the line, he also completed his Masters in Business Administration (MBA), but more on that later.

After completing his CS, Satya began his career with ‘Sun Microsystems’ as a member of their technology staff.

The Journey At Microsoft…!

He always wanted to do something that empowered the people and brought world changing impact, and he for fact knew that Microsoft was so swiftly making that happen.

Many companies aim and hope to change the world one day, but it remains the fact that very few, of those few in true sense, hold all the elements (talent, resources and perseverance) that are required, to bring about that change.

Whereas, Microsoft had the potential of all three! Microsoft as a product was empowering the people to do magical things and at the same time was making the world a better place.

Hence, after a short stint with Sun, Satya decided to quit the company and led himself to a journey which would change his life forever. In 1992, Satya joined Microsoft. 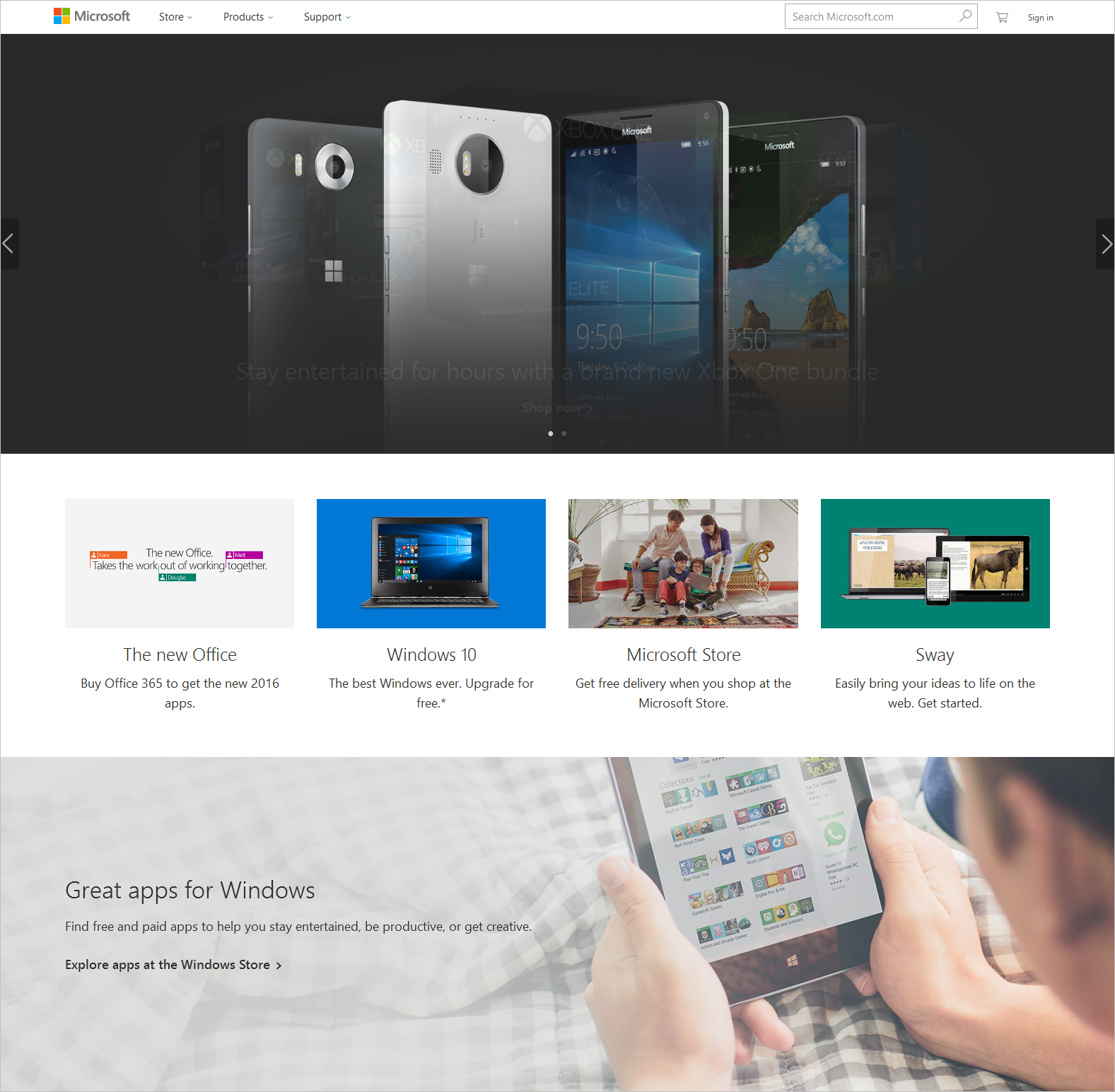 Soon after he did so, Satya began to gain a name within the company, of a leader who could spread technology and businesses of the company to transform some of Microsoft’s biggest product offerings.

Now at Microsoft, Satya has managed to successfully lead a range of major projects which also include the Microsoft’s shift to cloud computing and also the development of one of world’s largest cloud infrastructures.

But it all began with working on the development of Windows NT. Not most of us know, but NT was an operating system that was aimed primarily at business users.

While he was at it, Satya being a multi-tasker was also pursuing his Masters degree. Normally, in such situations a person chooses either of the ones, but Satya decided to do both simultaneously. He used to fly out from Redmond on Friday nights for classes at the University of Chicago and then come back. And believe it or not, following this routine, Satya managed to complete his Masters in Business Administration in just two and a half years.

To begin with; Satya is one of the very few who has seen almost every end, every brick, and every genre the company is into.

Now similar to his present, his rise too was equally quicker as the company itself. He rapidly grew from where he was to the ranks of Microsoft’s management.

By 1999, Satya had become the Vice President of the ‘Microsoft bCentral’ small-business service, and had also become the General Manager for company’s Commerce Platforms group.

Other than that, even though he wasn’t officially given a position but he was widely considered to be responsible for leading the growth of the Microsoft Office Small Business, Microsoft BizTalk Server, Microsoft Commerce Server, and Microsoft Dynamics ERP and CRM products as well.

He had also played a very important role in smoothly pushing the company into the fields of advanced technologies like Digital Rights Management (DRM) and Interactive Television (ITV).

TRIVIA: – During this period, Satya used to draw a salary of around $700,000 plus stock bonuses of approximately $7.6 million.

Lastly, prior to becoming the CEO of the company, the last position that he held was that of Executive Vice President for Microsoft’s Cloud and Enterprise group.

During this stint, not only did Satya managed to transform the company from being a company with business and technology culture of client services to cloud infrastructure and services, but he also successfully helped grow the Bing search engine.

This was known to be one of the fastest-growing and most profitable businesses at Microsoft. This is also because most business customers prefer to rent applications and other programs in far-off data centers than running Softwares themselves.

Now not many know that, for years Microsoft never used to pay attention to how the cloud was growing and was beginning to attract the creativity of a new-age developers. So when he took over the department, he made sure to change that outlook. He did so, by meeting with start-ups and understanding their needs from Microsoft.

Under his leadership, the revenue the company earned from Cloud Services jumped straight from $16.6 billion (2011) to $20.3 billion (2013). He was also responsible for bringing Microsoft’s database, Windows Server and developer tools to its Azure cloud.

His star at Microsoft had risen greatly and considerably, and it was pretty clear what this was leading to!

To begin with; around August of 2014, Steve Ballmer (Ex-CEO) announced his retirement from Microsoft, and gave the world, the biggest buzz of that year. Everyone went into deep assumptions and speculations as to who would be the new Chief Executive Officer.

Additionally, the company was in preparations to transform from a software giant into a devices and services company. This was a move that was understood by the acquisition of Nokia’s mobile division, which was first announced in June 2012, along with the development of Surface tablet range. So they were looking for a candidate that would be on similar lines for long term, to guide the company.

Satya, even though was a relatively less famous name for the world, but he had spent 22 years with Microsoft and was being reported as a strong candidate for the role.

Well, among the products that Satya was heading or had led included Windows Server, Windows Azure, System Center, SQL Server, etc., but most importantly he was also responsible for the software-development tools that Microsoft had started their business with as well.

Quite frankly, there was no reason why consumers had to know this, but the fact that the company had booked strong quarterly results despite the Computer industry’s struggles and Windows Phone’s failure, not to forget Google’s Android and Apple’s iOS, was the reason why Satya could be the ideal candidate for the position.

So with the amount of experience he held, Satya seemed to be the perfect man for the envisioned role for the new CEO of Microsoft. 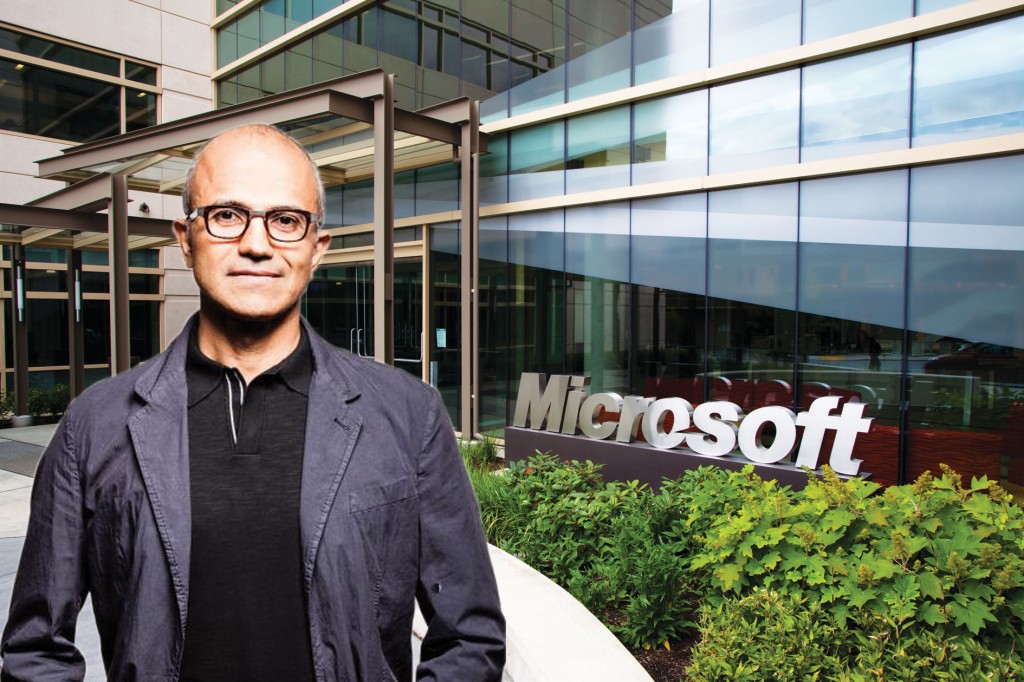 After a lot of buzz around the topic, on the 4th of February 2014, it was finally disclosed that Satya Nadella would be the 3rd Chief Executive, succeeding Steve Ballmer. On the same day, John W. Thompson took on the role of Chairman, while Bill Gates stepped down from that position.

In his first public speech as CEO, Satya declared that Microsoft intended to play a bigger role in the intersection of mobile and cloud technologies.

One of Satya’s first major tasks was to complete the $7.2 billion acquisition of Nokia Corp.’s mobile-device business, which closed in April 2014. Soon after that, the man also went on to lay-off 18,000 employees majority of which were from Nokia. This was also known to be the largest lay-off in the history of Microsoft.

He also managed to bring back the Founder as a Technical Advisor to the company. This was mainly to guide him tackle the radical shift from PCs and software to mobile and the cloud.

By the end of the year, the company had acquired the video game development company Mojang for $2.5 billion (maker of Minecraft).

This only got better in 2015, when Reuters reported that Microsoft had reached to earnings of $76.4 Billion from the foreign market.

At the ‘Digital India’ dinner, during the recent visit of India’s Prime Minister Narendra Modi to the US; Satya had shared a “haunting image” from his childhood in Andhra Pradesh, and believed that PM’s campaign “Digital India” had immense potential to change lives.

Satya believed that low-cost broadband connectivity, if partnered with the scale of Cloud Computing and Intelligence that would be gathered from data, would greatly help drive creativity, efficiency and productivity across all segments.

He announced that Microsoft would announce cloud services from Indian data centres as an integral part of both ‘Make in India’ and ‘Digital India’ projects of the PM. He also went on to commit that Microsoft would also help the country by taking technology to 500,000 villages across India.

More recently, the new CEO is all set to make his 2nd official short trip to India, to speak at an event that will be organised by Microsoft itself. This event is for its customers, partners and developers and is titled ‘Future Unleashed‘.

‘Future Unleashed’ conclave is a platform to showcase Microsoft’s cutting-edge technology and what it can offer in the context of Digital India.

This power-packed event will also be having some of India’s best-known business leaders as speakers. Some of these include the Chiefs of Mahindra group, Robert Bosch, Honeywell, Kotak Bajaj, Fortis, Sony Corporation and HDFC Bank, etc.