SafeBand – Monitor your world through your wrist!!! 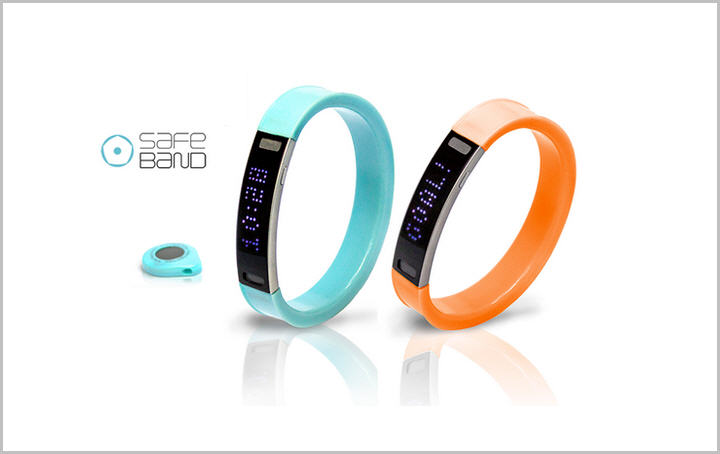 Technology – which was once only limited to computers, cell phones, music systems, etc has now come far beyond it.

Over the period of time, there has been a drastic boost in technology sector giving rise to earlier termed ‘impossible’ gadgets.

One of such beautiful invention is – SafeBand.

SafeBand – a prodigy of Hideez Technology Inc; is a waterproof wristband which performs multiple tasks such as securing your belongings; notifying you about important emails, calls or messages; keeping track of your fitness; and many more.

Apart from the digital wristband, SafeBand comes along with MiniTags which are connected to the band. These MiniTags help you to perform the desired functions.

SafeBand comes in a set which includes; SafeBand bracelet, USB dongle to connect SafeBand to computers with Bluetooth 4.0, charger connector, a set of straps, SafeBand user manual and MiniTags (with batteries) if specified.

And if you order a mini set then it just comes with a MiniTag (with batteries), USB dongle to connect SafeBand to computers with Bluetooth 4.0 & MiniTag user manual.

These devices are compatible with either Android 4.3+ OS or iOS 7.0+ for cell phones and Windows Desktop XP & above, Linux bluez 5.0+ or Mac OS10.9+ for computers.

You do not require any app or for that matter your phone to connect the SafeBand or MiniTags. The same can be achieved by engaging a complete network of MiniTags that are smart modules connected to the wristband to control your valuables.

You can MiniTag almost anything such as keys, wallet, bag, laptop, pets or children and keep a track of them.

Each of these MiniTags are controlled by a main device i.e. the wristband and as soon as they go far from each other, the wristband starts vibrating to inform you.

Each of these tags comes with buzzers which also go off along with it. So, whenever there is a sudden change in the nearness to the band it will alert you.

It holds such features which understand the kind of environment you are such as work, home or some unsafe place and accordingly & automatically it adjusts its range plus level of protection.

Also, incase if you misplace some tagged item, it also helps in locating the same. So for instance, if you leave your cellphone on the office desk to get a cup of coffee from the next room, it won’t buzz but if it is tempered by someone then it will let you know about it once your back.

The MiniTags also have a ‘guard mode’ on it. When it is turned it on, and someone attempts to touch or move the object; MiniTag will record it and if that object is a Smartphone then the front camera will automatically take a picture of the person too.

Also, if you connect your Smartphone or computer to it via Bluetooth then it acts as an identifier. So the next time you’re close to your computer or Smartphone it will identify your presence and automatically unlock itself without you manually entering the password.

SafeBand also has a very unique feature which holds utmost importance in today’s world called ‘Panic Button’. Both the wristband and the MiniTags have that facility and with just one push of that button an emergency call is placed from your Smartphone to any number you have chosen be it 911 / 100 or any of your loved one. Panic button can also be programmed to perform other tasks instead of emergency calling such as: sending automatic texts, sending your GPS coordinates to a particular contact, making a fake call to your own phone, switching on your camera, switching on voice recording, launching lock & wipe functions for your Smartphones, etc!

Apart from all of that, one can also keep a track of their fitness schedule by monitoring and following the daily routine.