Roadie – The Story Behind the Success of Shipment Booking App 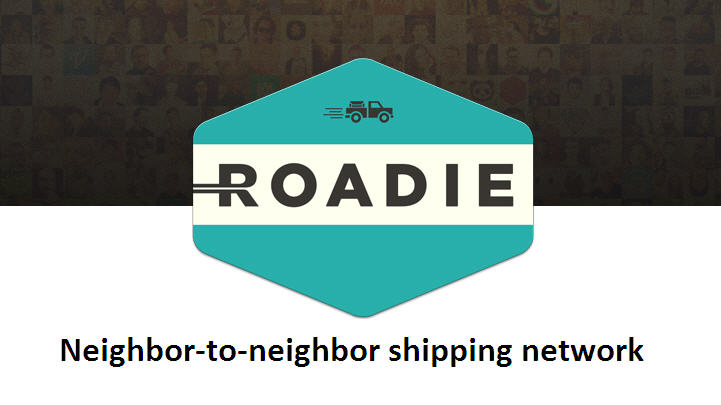 People are traveling from one place to another all the times. Many are going to the place where you want to send something. This mere notion gave birth to the US based peer-to-peer shipment booking startup Roadie.

Launched on January 27, 2015, backed by a $10 million funding, Roadie mobile app connects people who want to ship stuff with drivers who are traveling in the same direction. These drivers, or ‘roadies’, can be regular drivers or simply people from your neighborhood happen to be heading in the same direction you want your stuff to go.

In a way, concept behind this initiative is similar to backhauling in the logistics industry. That is, efficient use of the transportation network. So, besides helping people with shipping stuff and enabling drivers in earning some extra bucks, Roadie app will also be making environment a bit cleaner.

How the Roadie App Works?

Currently, only the beta version of the app is available for Android and iOS devices. The app functionality is simple and straightforward. People in need of sending something somewhere check drivers heading in the same direction, and choose one based on timing, charges, vehicle and other such factors. On the other end, roadies too have the option to check out the shipments, or ‘Gigs’ (as Roadie calls them), and then decide which one they can ship conveniently.

What separates Roadie from other similar shipment networks is its community like friendliness. There is no packaging involved. Roadies simply arrive at senders home, give them a hand in loading stuff in the vehicle, get paid and deliver the items safely on their way. And all that, in a much cheaper price.

While senders get to track their shipments in real-time through the app, roadies are entitled to several roadside assistances. 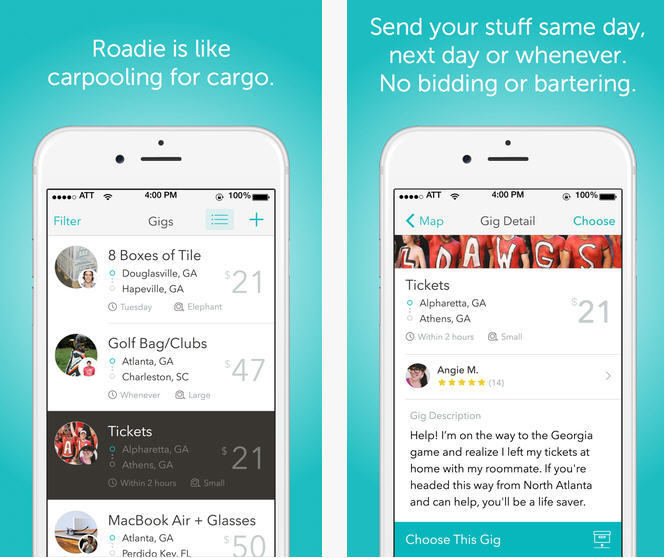 For past several months, Marc Gorlin, the mastermind behind the Roadie app, had been active in recruiting roadies throughout the United States. During the launch, Roadie team claimed to have presence in all US states with over 115,000 drivers already applied to become roadies.

No wonder that the idea attracted a $10 million series A funding from investors including Eric Schmitz’s TomorrowVentures, Warren Stephens of Stephens Inc. and Square co-founder Jim McKelvey.

On February 24, 2015, restaurant chain Waffle House Inc., which is present in more than 2,100 locations in 25 US states, announced its partnership with Roadie. This has certainly given Roadie a big boost with strong physical presence in 25 US states. Additionally, Waffle House will provide roadies free food and drinks along the way.

Roadie will also be launching a route recognition feature for its app called the Roadie Route Learning, which will use the opt-in location service. However, the feature will be available to only frequent users of the app.

Founder Gorlin said about the feature, “Once we build a heat map based on initial density, we’ll slowly start to turn this feature on. We’ll get there, and when we do, it will be absolutely transformative for the shipping industry.”