Prisma: the 2-month- old application that transforms an photos into artistic sty 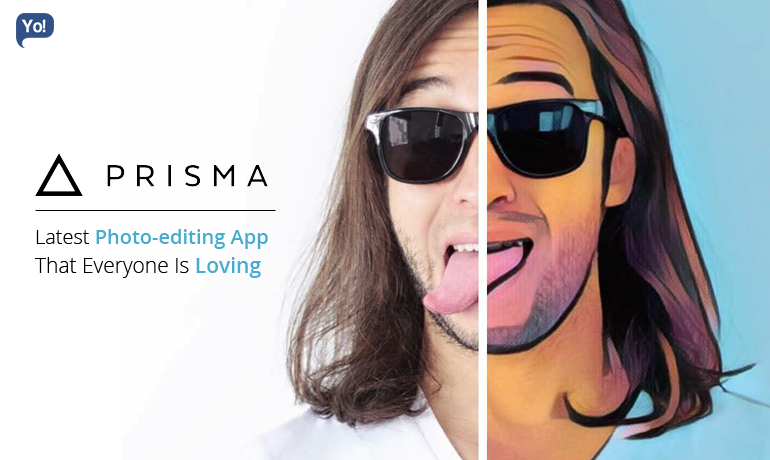 Developed by Prisma labs Inc that is HQ’d in Moscow (founded by Alexey Moiseenkov) and released on 11th June of 2016, Prisma is a photo-editing application that makes use of Neural Network and Artificial Intelligence (AI) to transform an image into an artistic effect.

Well, technically it’s not a photo-editing app! And although, many relate it to the likes of Facebook-owned Instagram; but unlike Instagram (which just tweaks an existing photo), Prisma interestingly “Redraws” your smartphone photos in any one of the given styles of 33 famous artists, by detecting patterns in your photo and then in the work of the selected artist, and then finally using the rules to make a third, combined image!

Rather than inserting a layer over the image; Prisma literally renders the image by going through different layers to finally recreate the image. It transforms your photos into the styles of famous artists like Van Gogh, Picasso, Levitan, and many world famous ornaments and patterns as well.

Simply put — the complex neural networks that power the app hold the capability of learning certain styles and are then able to apply the styles to a different image. It basically merges both the images to make it look as if an artist “painted” the photo with a specific style.

Honestly, this is a really simple app to use! Here is how it works: –

Prisma is the brainchild of the 25-year old Alexey Moiseenkov!

Alexey has completed his Master’s degree in Applied informatics from the Saint Petersburg State Poly-technical University and although, he doesn’t have any background as an artist himself, but what drove him to launch Prisma was that he had grown up loving painting.

Other than these, he had also cofounded Just.Juice and Le-Dantu as well.

The idea had started off as a hobby by Alexey during his days at Mail.Ru!

Earlier, you would have to spend at least an hour on Photoshop, or more on some website or service, to redraw an image.

Other than these, there also were several image manipulation softwares that utilized artificial intelligence; one such being – Masquerade [acquired by Facebook], that made use of self-learning algorithms to alter the faces of users in images or videos, but was limited to fitting effects to various facial shapes.

But the original idea had come up when Alexey saw a similar algorithm online that could process photos in the style of artworks. The only problem was that it was super slow and took about 10 minutes or even one hour!

Hence, in an attempt to solve this problem – Alexey developed Prisma in roughly the next two months, and then quit his job!

To everyone’s surprise, the app garnered over 7.5 Mn downloads and more than 1 Mn active users on iOS store, and also became the leading app at the App Store in Russia and other neighbouring countries, in just one week.

Since, then there has been no looking back for the app!

It has become an overnight sensation across the globe.

The app has so far been downloaded about 16.5 Mn times since its release and has over 2 million active users worldwide, after its debut for Android phones last week. According to App Annie, the app has also been listed in the top 10 apps on the App Store in 77 different countries.

As a matter of fact, Prisma was downloaded over 1.7 Mn times and more than 50 Mn pictures were processed by the app, on the first day of the android version release!

With more than, 650 Mn photos processed so far, Prisma is currently the 5th most popular free app on iTunes, ahead of both Instagram and Pinterest, and has also managed to attain the position of becoming the only photo-editing app to make it to the top 50 most downloaded free apps.

The success of the app is so much that, Prisma accounts for Russian politicians and Bollywood stars among the fans that are seen to be posting pictures to their Instagram accounts.

More recently, the company has also received an investment from the Russian internet giant Mail.Ru of $2 Million, in against for 10% stake.

Every time something goers viral on the internet world; there’s some reason why that happens, that makes them go famous, with little to no effort spent. This rule is especially applicable to the apps that go viral in download sales number.

Some of these apps that have exceeded expectations in download numbers in the recent times include – Pokemon Go, Angry Birds, Candy Crush, Temple Run, Flappy Birds, MSQRD, etc…

What do all these apps have common? Let’s find out!

Firstly, always launch your app on Tuesday! Tuesday because, four days before the weekend can bring the app in category ranks by weekend, and not any other day because people would be up to their neck and positive effect won’t be seen.

Make your app boost something what users already use! To put that into perspective – when Prisma came in the limelight, their offering was something that was an extension, an evolution from the photo-editing features, to better artistic filters! Something all users were already familiar with, and saved huge amounts of cost and time that would have been utilized to create awareness.

Research shows that developers using cross-promotion would have 181,800 active users as compared to 76,600 for those not using them.

A great amount of hype can also be created effectively with the help of cross-promotion from a network of applications. There are several in-app cross-promotional tools available like- Chartboost, Fiksu, Admob, Tapjoy and more, which can ascend the visibility of your app.

Then there are also distinct app review sites such as Cnet, 148apps, Mashable, Techcrunch, IGN wireless, etc., who can also help to drive traffic and get limelight.

Prisma had launched a teaser, exclusively for the iPhone audience in the beginning, making it a sensation and talk of town. Everyone began talking about it, and all the publicity made people curious to try the app once, and once is all they needed.

Why video? Because, people hate taking the pain in reading the content about an app, so it is better to shoot a 1-2 minute long video showcasing all the features of your app with a catchy background score, and share it on YouTube, Vimeo and Facebook.

Resistance from over-marketing or hyping! Prism has no annoying habits of TV commercials and spamming the social media or your mailboxes. After a certain amount of userbase, one must also reduce the inorganic advertising and let the virality and curiosity of the web world do the work for you.

But the masterstroke of all, that helped Prisma get viral was….

Literally nobody was using the app generated photographs for self-keep; but instead, they were using them to flaunt it on social media (Tumblr, Facebook, Twitter, Pinterest and just about any other social website). With the help of this – the users became their marketers, who helped them in advertising the product forward.

What is the future of Prisma?

The developers of the app are in no mood to stop here and have lined up several new developments on the app.

Some of these additional features that will get integrated to the app would include: automatic suggesting of best filters for a particular shot, more filters to choose from, etc…

Photos is only the start! Prisma Labs is all pumped up to add something like the Boomerang app from Instagram, along with some really clever filters where the quality will be superb.

Other than these, Prisma Labs is also already working on the ‘Video’ and ‘Virtual Reality’ version of the app and may launch it soon too. In fact, Alexey recently also published a 360-degree image on Facebook, which gives a glimpse of how Prisma video filters may work in the future. They are also working on more features to boost user engagement as well.