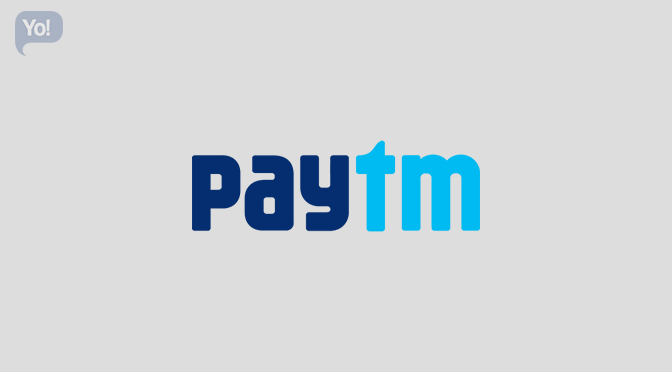 CHANGE is the only thing constant in the world that we live in! The world now has moved from recharging or paying bills at the designated outlets to doing them online and the first company that began to offer that service in India is Paytm – “Pay Through Mobile”

Paytm an One97 incubated venture in the most simplified terms is nothing but a medium through which anybody & everybody can recharge or pay majorly all their bills. It also provides a marketplace to shop for multiple items ranging from electronic goods to clothes and a lot more.

As interesting as the services they provide are, so was their story.

In a much cluttered internet industry, Paytm started as small like a bunny rabbit but at the pace of a tortoise. It is still recalled by many, how & where did they started-off from and where have they reached now! One97, with the help of a 4 member team had designed and launched their first ever mobile commerce platform in August 2009.

They initiated their product with B2B customers which later after much trial & errors was made open for B2C as well, by launching their website called “www.Paytmonline.com” in their seemingly lucky month August of 2010. With their marketing strategy completely reliant on some monthly pack offers, Facebook and word-of-mouth; they made an unnoticeable sale of approximately 5-6k recharges a day.

“One97 decided early on to set up Paytm as a separate arm was to make this team more agile, and be much more accepting of mistakes, we thought we knew better than the consumers what they wanted. Our hypotheses fell flat on our faces,” – was quoted by Harinder Takhar, now CEO of Paytm on livemint.

With the grace of hard-work and luck, and after much persistence the company was now making a decent sale of INR 1,00,000 recharges a day, that too within a span of just 4-months. And to add on to their excitement, they also managed to acquire the domain www.Paytm.com.

Now like every company they were also felt the pinch of funds, which gave rise to a seed funding of around USD 10 million from One97’s internal resources and the Mobility Fund in 2011.

They majorly wanted to use the funds to build the brand “Paytm” but things and times had changed and keeping up with them Paytm changed its strategies too. They had now started marketing more aggressively but at the same time uniquely. They launched multiple radio ads, released many offers and schemes for the users and initiated net banking. They also made a lot of changes or rather improvements to the product so that it looked more presentable & at the same time was more efficient and changes to their logo & background was an integral part of that idea. Interestingly they also launched a very first of its kind toll free number “1800-1800-1234” for recharges followed by Paytm mobile apps, etc.

And obviously, with such unexpected & mind you user-friendly changes, the traction was bound to increase. By the end of the year they were doing recharges worth nearly 1-Crore and had esteemed clients like HomeShop18, DishTV, Snapdeal, etc. and to maintain their growth they also increased their staffing from 4 to around 40.

In the year 2013, they launched their first ever GPS-tracking system and to add on to that news their app had now reached 1M downloads. The company who was limited to prepaid mobile phone bills online, DTH and data card recharge, postpaid bill payment, NH-8 toll-card recharge and bus ticket booking, etc. had now added a matchless feature wherein one could file income tax returns through it. Looking at its popularity One97 also re-launched their earlier called GamesPind under Paytm Games.

As thrilling was their 2013, equally electrifying if not more, was the year 2014 for them! They began the year by shocking everyone with the launch of a “Mobile Based Marketplace” wherein one could bargain before they bought it from its more than 100,000 items from 250 merchants.

If this wasn’t shocking enough then around the same time they also announced that Paytm had crossed INR 1,000 crore revenues in the FY13 and was aiming at INR 2,000 by the end of FY14. Paytm was now catering to roughly Six Million monthly users with Seven Million & 300,000 transactions on a monthly basis & daily basis respectively. Paytm was now the largest digital commerce company in India and had reported a growth of an enormous 350% in FY13 which also included a growth in their average transaction size to INR 145 from INR 120.

Just after that, Paytm launched their first ever semi closed wallet and managed to gain 10 million mobile wallet users within six months of launch which is yet considered to be the largest number of wallets on any system across mobile phone and Internet. Paytm is now also in process to raise USD 100 million in fresh funding with an aim to achieve a target of doubled transactions and one million orders per day by the end of 2015 and also intends to use the funds to build mobile operations and a platform for aggregating courier companies to ensure deliveries to all 36,000 pin code zones in India

Currently, Paytm is at an all time high with 10-million monthly transactions including 20,000 orders on its mobile-only e-com marketplace and has also achieved USD 1 million in GMV a day with approximately 10 million mobile wallets existing on its platform currently and is managing all that with a 1000+ head count. The company at present holds a Global & Indian Alexa ranking of #1038 & #60 respectively and gets roughly 31,427,595 users annually. The company is now targeting $500 million (more than Rs 3,000 crore) gross transaction value – the value of all transactions done through the wallet – this fiscal year.

The company which started at the slowest pace noted has managed to keep itself stable at every moment and now after a span almost 6 years with a total raised capital worth INR 140 crores, is still in profits.