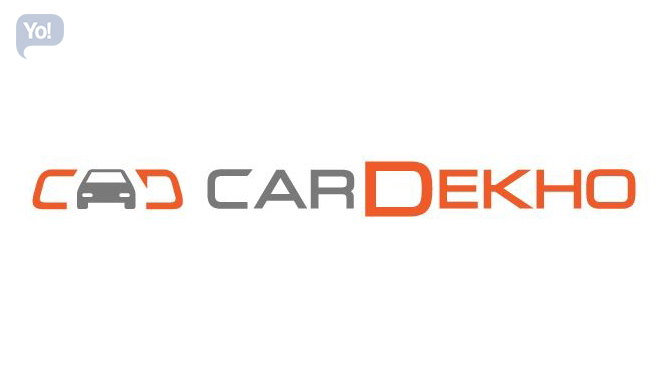 Buying a car has always been such a tedious task and for one main reason being that the whole industry is completely scattered. We are only able to reach out to the dealers, who we know, who are nearby or the ones that are referred by our friends or family. And the real pain is that, as laymen we don’t have much knowledge about the technicalities, so unfortunately we have to go by what they say! So what’s the solution to it?

To begin with, CarDekho – the genius of ‘GirnarSoft’ which is owned by the duo brothers Amit Jain and Anurag Jain from Jaipur; is in the simplest terms a web portal which has almost anything and everything about an automobile. It is a web portal that not only lists vehicles for trade but also provides multiple services such as insights about the automobile world, fresh updates like recently shot car images and videos, car features, prices or other car specifications in the most subtle language for everyone to understand. While browsing the site you will also see many other categories such as new launches, upcoming vehicles, used vehicles, etc! 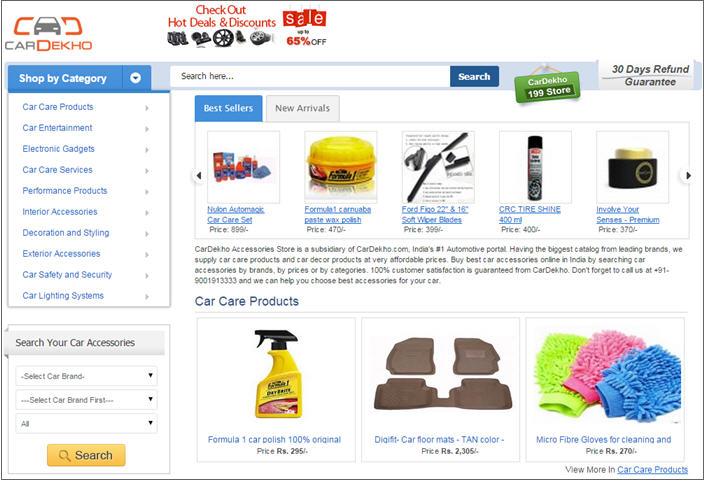 Along with that, their services reach to an extent of providing automobile financial services like an instant car loan and car insurance for its customers. This is provided in collaboration with BankBazaar.com and Berkshire Insurance respectively. Lastly, they also have recently started an automotive forum on their portal where experts and reviewers that are working with CarDekho deal with any kind of car related queries which are posted on the forum. All-in-All; CarDekho is like a virtual car dealer, only to be far more technically sound, updated & most importantly has all the possible options available.

Amit and Anurag both were both IIT­-Delhi grads and had spent roughly 8 years in the corporate world with TCS & Trilogy. This is where Amit developed liking for products and technology grew. Later, due to some personal reasons both left their jobs and came back to their hometown. But instead of getting into their family business of jewelry, they thought of starting their own business. Although Amit initially wanted to start –of an online jewelry store but when he was hit with the ground realities of the business, he was forced to step back. So eventually the duo thought of doing what they were best at and thus without further thinking they launched GirnarSoft, an IT outsourcing company.

After zillions of emails and calls, they finally got their first client! Although this project got them INR 50,000 which was below their standard pricing but they took it anyways. This project led to another and a chain of references started to build. With constant work coming in, they hired their first employee on April 1, 2007 and within a year’s time their company became 40 members strong. Now they had enough capital to bank on and were ready to fund their own project.

And thus CarDekho was born!

A lot of thinking and planning had gone behind starting CarDekho but what convinced them was Amit’s visit to the international AutoExpo. Now, even though CarDekho was launched and a lot of importance was given to the conceptualization of the idea and product but the company had a clear mandate that the service business shall keep going! After all, a definite source of revenue was of utmost necessity. So from here onwards there was no looking back! Since the launch of CarDekho, their revenue model has been pretty simple and clear-cut. Till date they have had only three mediums of revenue; the first and the most talked about has been their revenue through AdSense, the second and the most important source is through sponsored ads and last but not the least is the commission from the manufacturers and dealers. CarDekho is one company that is a part of the whole process from start till the end and makes sure that the customer is satisfied. Because of this, it didn’t take much time for them to gain decent traffic.

Now, even though the initial few years were a little slow for CarDekho but then, the company did make their presence felt. As a matter of fact, they received some of most prestigious awards during their early days and some of them included; “Best Automotive Website of 2009”, “Best Car Website of 2012”, “Most Popular Website of 2012” and “Website of the Year India 2011 & 2012”.

On the other hand their numbers roared success as well, when in January 2012 it was revealed that they had served 3.4 crore unique visitors in their 4-year lifespan. Beyond that by the end of the year 2012, CarDekho covered 2.5 crore unique visitors in a single year itself which nearly matched the traffic of their past. Within no time, the portal had gained immense momentum and had reached to a record 1.7 lakh used car sales with used cars being featured from almost all the cities of India. By 2014, they were unmatchable! Their team had increased to massive 600-employees. They now had BikeDekho, PriceDekho, MobileDekho & many more under their kitty and were doing decent business too.

But the icing on the cake was in September 2014, when CarDekho acquired ibibo owned-Gaadi.com. After this purchase, CarDekho became the undisputed market leader of the automobile industry with a collective volume of 15 million visitors monthly. Apart from that, the acquisition also helped them evolve in the pre-owned car market which would have taken years if they had to do it by themselves.

Now, the company was playing on a different league and it was of utmost importance for them to be visible through all mediums. Thus, recently CarDekho also launched their iOS app, a month after their Android app was launched which scored a 100,000 downloads within that period. But surely that wasn’t enough, so in September 2014 they also released their first TV ad and along with that co-sponsored Big Boss– Season 8 & the movie – Humpty Sharma Ki Dulhaniya premiering on Colors Channel. After this, within a blink of an eye their unique visitors on the site doubled and their revenues increased by 3x too. Also, till date they have raised only USD 15-million from Sequoia Capital in exchange of a 20% stake in the company in November 2013. But in the near future, the company plans to raise roughly USD 40-50 million (up to Rs 300 crore) at a pre-investment valuation of 250-million (over Rs 1,500-crore). And, in the next 5-years they hope to cross INR 500-crores in revenues in a collection with gaadi.com. It is clearly evident, that CarDekho is stealing the show but what needs to be looked at is; how much burden of the other websites in their kitty, will CarDekho be able to handle!