Everything you need to know about Oculus VR and their products! 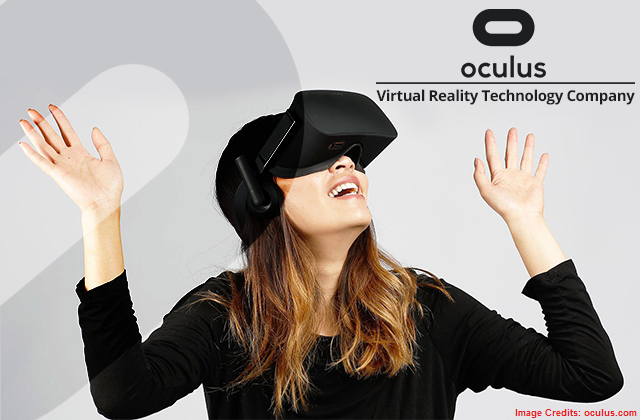 To begin with, for all those who are unaware –– Virtual Reality (VR) is a computer technology that is a replica of a real or envisioned environment, and artificially creates sensory experience, which can include sight, touch, hearing, and smell, to trick the brain of the user into feeling like what they are seeing is actually real.

Imagine that you’re standing on the edge of a 100-floor building! Imagine you look down! Imagine the cold jitters that run through your body! Imagine everything that you would imagine before falling to your demise!

The second, right before you hit the ground is the worst – your brain literally prepares itself for that moment by dumping adrenaline into your system as a mild painkiller.

But guess what? While all this is happening, you haven’t actually moved. Only your biometrics has changed!

This is what it’s like to use virtual reality! You get to experience something, without moving an inch.

Moving on to Oculus VR!

Oculus VR is a Virtual Reality technology company founded by Palmer Luckey in June 2012 at Irvine, California. Some of their offerings include: – Oculus Rift, Oculus Touch, Oculus Ready PCs, Gear VR and Experiences. They chose the name as ‘Oculus’ because it is the Latin word for “eye”!

It is a company that is developing interface software for the cloud-based gaming industry; thus revolutionizing the way people experience video games. Although they are focusing on video games for now, but intend to take VR to the next level, by entering into different sectors.

The company, Oculus VR was first started in order to facilitate the Kickstarter campaign, and in the summer of 2012, Oculus had announced their first VR product head-mounted display designed for video gaming – Oculus Rift!

With a highly successful Kickstarter campaign, they managed to raise $2.4 Million or 974% of their original target, from more than 9,000 backers.

The company – Oculus VR; during their development prototype phase itself, got purchased by Facebook in 25th March 2014 for $2 Billion. The deal included $400 Million in cash and 23.1 Million Common Shares of Facebook (valued at $1.6 billion).

Before the sale of Oculus VR and apart from the kickstarter campaign, the company had raised a total of $91M in 2 Rounds from 9 Investors that included Andreessen Horowitz, Spark Capital, Matrix Partners, etc…

Oculus Rift is their first virtual reality (VR) headset that is designed specifically for video games.

It is a virtual reality head-mounted display, that takes 3D gaming to the next level and comes with an incredibly wide field of view, high resolution display, and ultra-low latency head tracking, that allows one to live the game virtually.

Aside that it is absolutely must that, one has a high-powered gaming PC, to be able to smoothly operate Rift. The ideal PC for running a Rift setup would likely cost you about $1000. The recommended hardware includes: NVIDIA GTX 970 / AMD 290 equivalent or greater, Intel i5-4590 equivalent or greater, 8GB+ RAM, along with Windows 7 SP1 or newer, 2x USB 3.0 ports, and a HDMI 1.3 video output supporting a 297MHz clock via a direct output architecture.

Rift is currently available at an Introductory price of $599, and every order that is dispatched shall also contain a headset, sensor, remote, cables, Xbox controller, and Lucky’s Tale.

The shipping of the product has already begun to 20 countries, including Australia, Canada, Japan, the UK and the United States, and it has also been made available in limited locations at select retailers as well.

These are a pair of controllers (one for each hand) that are used along with Rift in selected VR games, and are mirrors of each other. Light in weight, wireless handheld motion controllers, joystick, buttons, and two triggers, are some of its features.

Interestingly, Oculus Touch also features a system that detects the gestures made by the finger when holding the devices; thus allowing the user to perform actions like – “Thumbs Up”, “Pointing to objects, etc…

Oculus Touch is not included with Rift, and is sold separately, and shall be released in the second half of 2016.

To ensure smooth functioning of Rift, Oculus (the company) also offers specific High-performance computers that have all the system requirements met. These are called Oculus ready PCs.

Oculus partnered with top manufacturers of PC systems and components including Dell, Alienware, Falcon Northwest, Asus, etc…to provide a range of systems that would be specially optimized for Rift.

They would be designed, assembled, and tested keeping Rift and VR in mind. These, Oculus Ready PCs are available for pre-order now.

The Samsung Gear VR is a mobile Virtual Reality headset that is developed together by Samsung Electronics and Oculus, and has been manufactured by Samsung.

You can use your head movement to explore, aim, and interact and is compatible with Samsung Galaxy devices (Galaxy Note 5, Galaxy S6/S6 Edge/S6 Edge+, or Galaxy S7/S7 Edge).

These devices act as the headset’s display and processor, while the Gear VR unit acts as the controller, which comes along with high field of view, and a custom IMU (Inertial Measurement Unit) for rotational tracking, which connects to the smartphone via micro-USB.

In addition to that, Gear VR also includes a touchpad and back button on the side, along with a proximity sensor to detect when the headset is on.

The consumer edition of the Gear VR was launched on 20th November 2015, and has been made available at $99.

Palmer Freeman Luckey is the founder of Oculus VR and the inventor of the Oculus Rift.

With a net worth of $700 Million, Palmer ranks 26th on Forbes’ 2015 list of America’s richest entrepreneurs under 40.

Born and raised in California, his family includes three younger sisters, a mother, and a father who worked at a car dealership. He has completed his education from Golden West College and Long Beach City College, and had also started at California State University, Long Beach in 2010, to pursue Journalism.

Since a very early age, he used to fix and resell damaged iPhones, and also used to work as a sailing coach and did boat repairs too. Doing so, he earned roughly $36000, which he used to fulfil his experiments that included a variety of high-voltage electronics projects, building of high-performance computers and high-priced PCs with an elaborate six-monitor setup, building of a wide private collection of more than 50 different head-mounted displays for VR purposes, etc…

Later in 2009, he founded a website for discussing modifications that could be done to old hardware devices such as game consoles and PCs called - ModRetro Forums.

While he was pursuing his education, he had also worked as a part-time Head-Mounted Display (HMD) designer for cost-effective virtual reality at the Mixed Reality Lab (MxR) at the Institute for Creative Technologies (ICT) at the University of Southern California, as well.

While at it, he had also gained the reputation for having the largest personal collection of HMDs in the world as well. He was also a long-time moderator in MTBS (Meant to be Seen) discussion forums.

This is where he had initially developed the idea of creating a new head-mounted display that would be more effective and inexpensive than what was then available in the market.

How it is best suited product for the buyers?

When Oculus was purchased by Facebook in 2014, Mark Zuckerberg had said “Virtual Reality was once the dream of science fiction, but the internet was also once a dream, and so were computers and smartphones, as well.”

And when you fast forward just two years into the present, the virtual reality industry that Oculus dwells within, has dramatically changed. It has become a huge market, along with a range of stronger competitors like HTC and PlayStation.

Oculus Rift has surely might be the most momentous product launch of the decade! As a matter of fact, Rift has had an entire industry riding on its back, as well. It means a ton for the industry and the future of consumer technology, on a broader note as well!

But does that mean it is time you buy it as well?

Well, let’s put it this way – Virtual Reality has a lot to offer outside the scope of games, and this is just the beginning of the beginning. It is one day definitely going to connect everyone across the globe!

But as of today, the tech will continue to flourish in offering uniquely 3D entertainment content that’s more engaging than anything that we’ve experienced before. And soon, Rift will also begin to expand its reach to spaces that have never been touched before as well.

So having said that, whether you should buy the product now or not, will always be your personal call, but yes, Oculus VR is here to say!