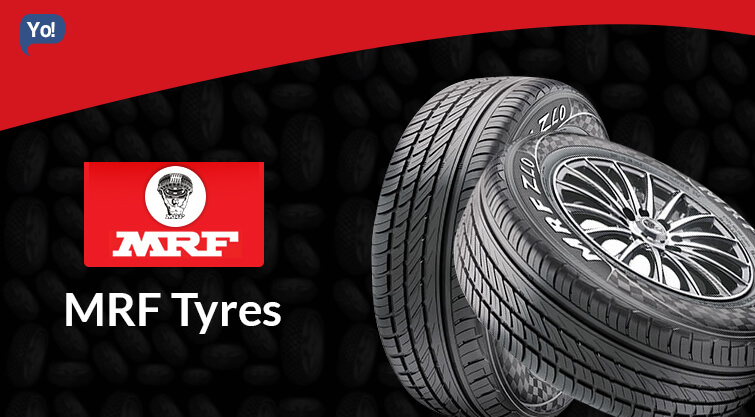 To begin with; unlike many other developing countries, the sole reason behind the reason why India had been fortunate enough to not have been dominated by foreign companies in the strategically important industries like steel, cement, heavy engineering, transport and automobile tyres, was because a few Indian industrialists had taken the pain of doing it themselves in the pre and post-Independence periods. These were the years when they had no protection from foreign companies.

One such pioneer was K M Mammen Mapillai!

MRF is originally the baby or should we say the brainchild of the late K. M. Mammen Mappillai.

He was born in a Syrian Christian family in Kerala, and was raised along with his eight elder brothers and one sister. Later, he also graduated from the then prestigious Madras Christian College.

KM had also received the highest civilian award – the ‘Padma Shri’ in 1992 for his contribution to industry.

Moving on to his prodigy; Madras Rubber Factory short for MRF, with HQ’s in Chennai is the largest manufacturer of tyres in India. The company widely produces a range of rubber products some of which also include tyres, tubes, treads, etc along with conveyor belts, paints and toys.

Most of their manufacturing is conducted at either of their units located in Kerala, Puducherry, Goa, Arakonam, Chennai , Tamil Nadu, Telengana, etc. With more than 16,000 (2011) employees, the company makes way more than a whooping Rs. 13,000 crores (2012) in revenues.

Talking about their product range: -

Their story dates back to the time when KM was in college, during the colonial times!

How Did K. M. Mammen Mappillai Enter Into Entrepreneurship?

So KM began to sleep on the floors of St. Thomas’s Hall in college, since the day his father got arrested.

After the completion of his graduation, KM along with his wife Kunjamma, who was a chemist, had opened a small toy balloon manufacturing unit in a shed and used to make toy balloons. He used to pack them in a bag, go to the streets and sell them himself.

What made him a success with this small start was his greatest skill of the ability to charm the customers.

After doing the same for a long time, KM decided to take the leap forward!

One of his cousins had a chain of tyre retreading plants for which the tread rubber used to be supplied by foreign tyre companies. He wanted to do what Jamshedji Tata did in the field of steel and hotels!

So in an attempt to capitalize on this market, he decided to enter the manufacturing world of tread rubber. And in no time since his entry, this ‘tread rubber’ that he manufactured, which could extend the life of a used tyre, was a hit!

MRF soon became the only Indian-owned unit which manufactured this kind of tread-rubber, which placed them in competition with the Multinationals which were operating in India and due to their immense superiority of high quality standards, MRF had become the market leader with a 50% share of that market.

So effective was MRF’s hold on the market, that the large MNC’s were left helpless with no option but to withdraw from that business.

After a steady and smooth growth in for a while, KM again decided to expand. This time it was tyre manufacturing.

Now those were the days when the Indian automobile tyre industry used to be heavily dominated by the foreign trio of Dunlop, Firestone and Goodyear.

After the initiation of the Tariff Commission enquiry into the tyre industry, the government figured that just how deeply these foreign companies were dominating the industry. The whole game was exclusively in their hands!

It also opened their eyes that, since no army cannot move without tyres for its transport. So in case of a war or an emergency, these companies would easily gang up and hold the country to ransom.

Hence, to counter this situation, the government aggressively started inviting and encouraging Indian companies in the rubber industry. 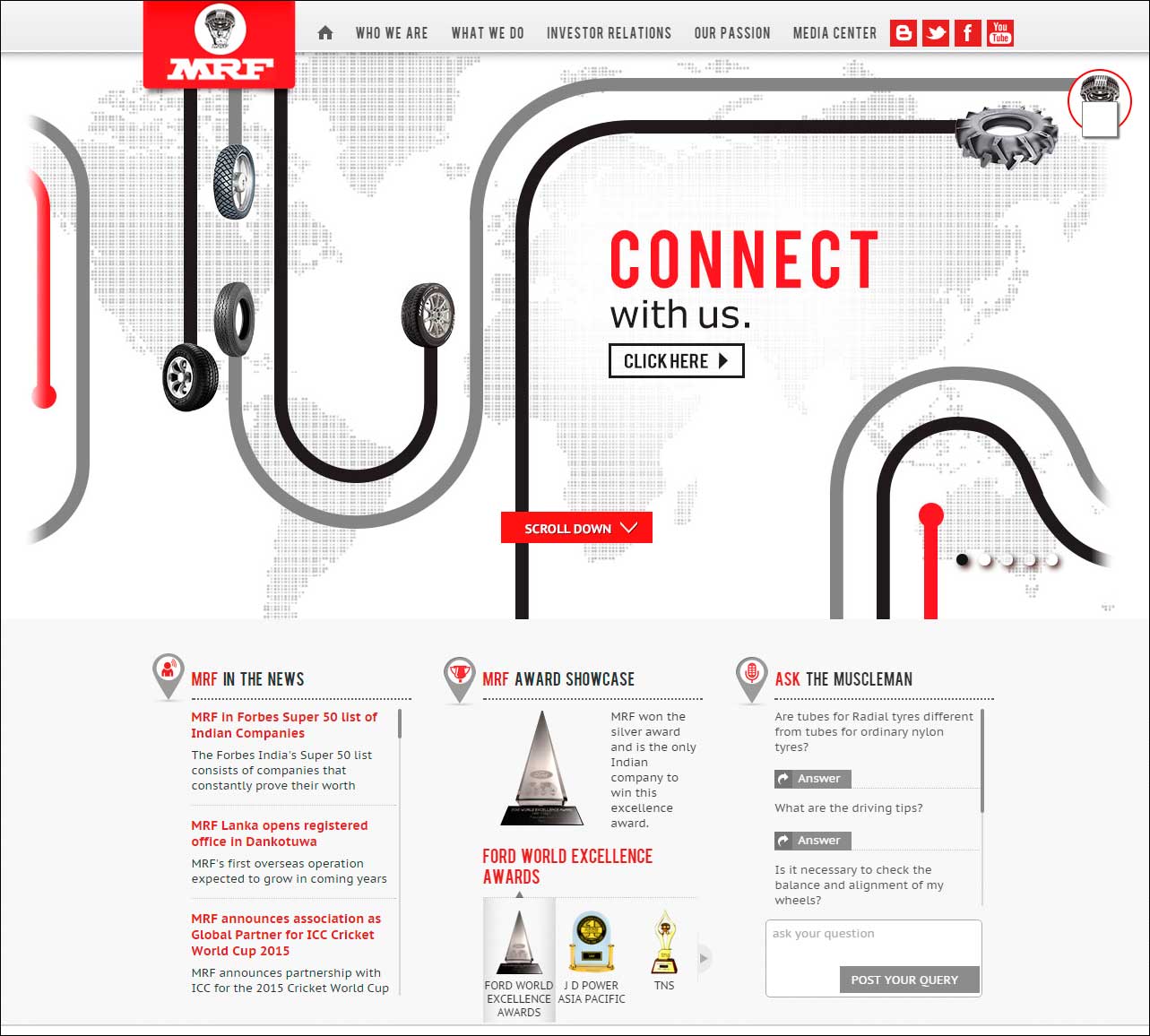 What Were The Initial Challenges Faced By MRF?

Now out of the many, there were four major ones who were shortlisted – MRF, Premier, Incheck and National.

Now being a very calculative and shrewd businessman, he very well knew that entering into this arena would invite a lot of risks. Given the fact that, this was a capital and technology inclined industry, with three huge multinational giants, the risk was even deeper that it looked.

Nevertheless, he decided to take the jump along with the three other Indian groups. But unlike the rest, he decided to play it safe, and formed a collaboration with a small US tyre company called Mansfield Tire & Rubber, Ohio.

His tyre factory was inaugurated by the then Prime Minister – Pandit Nehru in 1961. In the same year itself, the company also launched an IPO and hit the stock markets as well!

But within a year KM saw his anticipation coming to life!

The US-based tyre company that he had collaborated with, their technology was not suited for the Indian road conditions or for that matter the overload economics of the truck industry in India. The product defects began to pile up and to worsen the situation more, these foreign companies also started spreading the word that Indian companies cannot make tyres.

Not to forget; during these days, even after 18 years of independence, government orders used to be placed exclusively on Dunlop, and the Indian companies were at their mercy.

To add to their mess, the trio who blatantly ran a pricing alliance had made survival a hell for these newly born Indian companies. The club of these three foreign companies used to decide what proportion was to be supplied by each company, and what including fragments to be thrown at the Indians.

It was so worse that, once during an industry meet when KM pointed out that MRF was entitled to a somewhat larger proportion of these government orders; he was told that they were only entitled to what Dunlop decided!

After reaching the peak of frustration, MRF finally decided to take up the issue to the government authorities.

Looking at the severity of the matter, the government immediately changed their policy at once and began to place orders directly on each manufacturer in a less random manner. Thus giving MRF a fair chance to compete!

What Were Some Of The Marketing Strategies Implemented?

Since they were given a level playing field, MRF also decided to expand their market share and started investing in brand marketing. They wanted to introduce a brand image to the company which had could have a wider appeal.

Now what many didn’t know was that KM was a born artist and a marketer! He used this to his advantage, approached many advertising agencies. This task was finally given to Alyque Padamsee.

For all those who aren’t aware, Alyque is known to be the father of Indian advertising. He decided to take customer’s opinion on a tyre and met a few truck-drivers, and understood that according to them tyres should be strong and should replicate power. Thus the MRF Muscle Man was born in 1964. The ‘Muscleman’ personified the image of the strength of the tyres manufactured by MRF.

This Muscleman was then used on TV commercials during the 80’s along with signature music, which quickly went on to become an image that everyone could relate to.

MRF’s going against the trend and even after being into the B2B (Business 2 Business) market has gone on to create superiority using its innovative strategies to become a household name.

Other than these, the company has used various unique and out-of-the-box styles and techniques to market itself. Some of these include starting of foundations or sponsorships like: -

What Were Some Of The Business Strategies Used?

He was one man who exactly knew how to convert competitors into friends and had a charm that made him achieve all this without creating enemies. Be it through stories or through magic tricks, he always managed to leave everyone awestruck.

Not only did he manage to wither away Dunlop and Firestone, the hurdles of his early days, but also successfully defeated even bigger foreign brands like Michelin which is the largest tyre company in the world, efficiently.

How was that possible?

Well, he very well knew that a phenomenal distribution reach across the country in the form of dealers would be of utmost importance for a firm standing. Hence, he also started various promotional schemes and along with his charm, he built a strong and loyal dealer network.

This also included travelling to every nook-and-corner of the country, be it the remotest parts of Punjab and Assam, he travelled and brought home dealers, only to transform MRF into a preferred brand.

He made sure that, the quality of his tyres was such that they should match the Indian road conditions perfectly, to make them an easy first choice when it came to replacing tyres on an existing vehicle. Using these simplifications, the company successfully managed to establish its quality standards and marketing and distribution network. 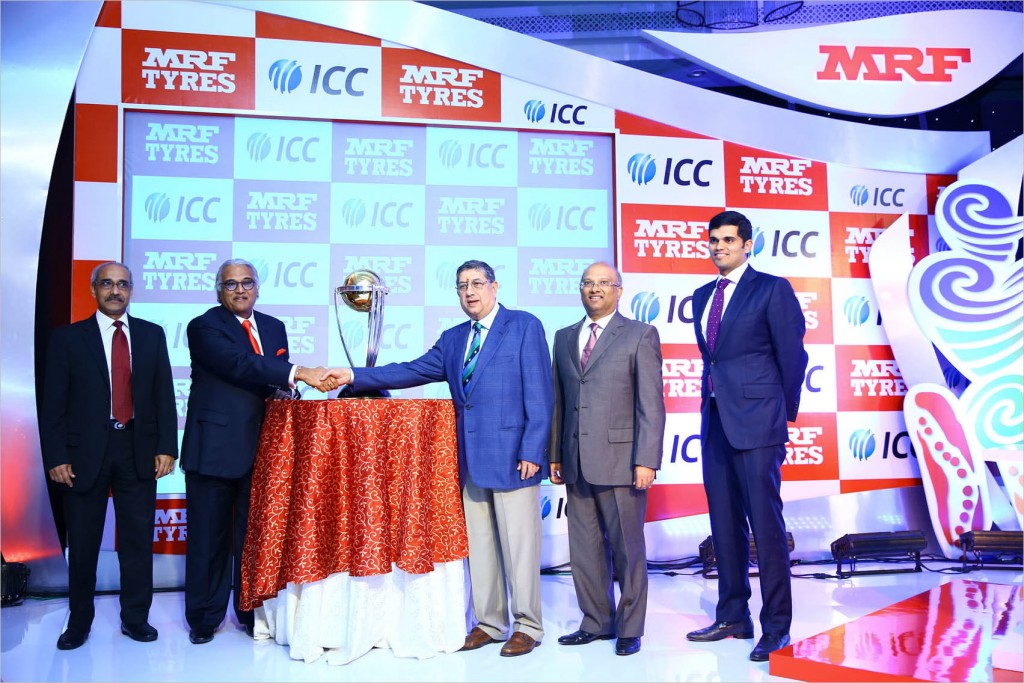 What came as an addition and led to nationwide expansion was that, since the company was being offered tax concessions by the state governments; he decided to take an advantage of these, and thus also set up multiple units.

Soon MRF started the export of tyres and became the first Indian company to export tyres to the US, which again was highly commendable, since US is the birthplace of tyres in general. In the same year, they also became the first ones to introduce nylon tyre in the Indian market.

Other than that, the entered into various Partnerships, Joint Ventures, collaborations and tie-ups with a list of companies from across the world to justify the places where MRF has lacked.

Using these and many such strategies, today MRF has turned out to become the number one tyre company in India.

What has also made MRF stand out in the crowd has been its technical capabilities, and is also known to be amongst the global elite when it comes to possessing their own technology.

The company currently holds a massive market share of more than 24% in India and with around 12% share of the world market, MRF exports to over 65 countries.

They have grown on to become the 15th largest tyre company in the world. More recently, the company has also signed a five-year agreement with the BCCI and has also announced an association as Global Partner for ICC Cricket World Cup 2015.

Over the period of time, MRF has also ventured out into other businesses as well which include – Conveyor Belting and Paints.