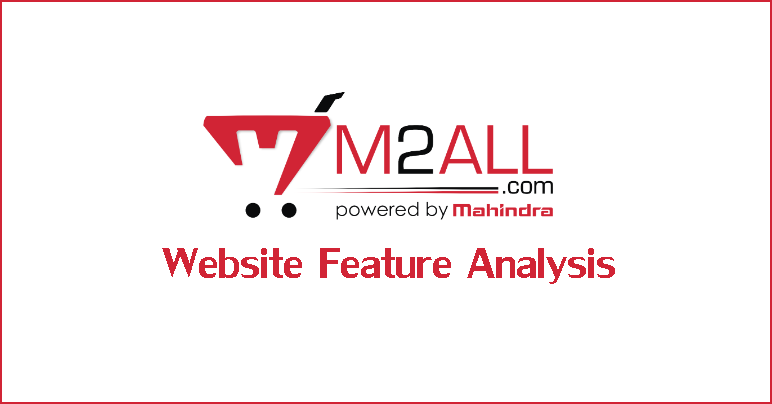 To give you a short introduction about the great Mahindra Empire – it is a collection of various diversified companies which are united by a common purpose i.e. to majorly builds three things: Products, Services, and Possibilities!

Based in Mumbai and with a team of over 200,000 people spread across more than 100 countries, the $16.9 Billion Mahindra Group majorly operates in the key industries that drive economic growth, and also holds a leadership position in sectors such as Utility Vehicles, Information Technology, Tractors, Vacation Ownership, Automotive Industry, Aerospace, Consulting Services, Defence, Energy, Financial Services, Logistics, Real Estate, Retail, and Two Wheelers.

In 2014, Mahindra Group was also featured on the Forbes Global 2000 list, as one of world’s largest, most powerful public companies, and had also received the Financial Times ‘Boldness in Business’ Award in the ‘Emerging Markets’ category in 2013 as well.

More recently, with an intention to expand its reach further, Mahindra Group has also capitalized on the eCommerce opportunity, and has decided to bring all the offerings of their 145+ companies from 18 industries, under one roof called – M2All.com.

Launched in September 2015 and owned, operated and managed Mahindra eMarket Limited: M2ALL.com is a one-stop shop on the internet, where you can find information, enquire or buy almost all Mahindra Group products and services be it related to vehicles, agriculture, energy, finance, leisure, real estate, retail or business services at your convenience.

At this initial stage, M2ALL.com has begun by offering products such as – Retail and Merchandise, Business Services, Vehicles, Financial Services, Agriculture, Leisure and Power Solutions.

In fact, the online marketplace has already begun taking bookings for the new compact SUV – Mahindra TUV300 as well.

Anyway, these are just the initial offerings, and they aim to drastically increase this to a point where they sell products of all Mahindra Group companies along with complementary products and services from other manufacturers, within the next two years.

Well its functioning is pretty much simple and more-or-less, similar to any other eCommerce portal.

What differentiates M2ALL.com from the likes of Flipkarts and Snapdeals of the world is that, all the rival brands from across Mahindra Group’s line of businesses including – Tata, Bajaj, Honda, Renault and all others, will not be allowed to partner with them.

However, vendors or small and medium enterprises (SMEs) selling add-ons and other complementary items /expertise will get to showcase and sell their products and services.

What Kind Of Brands Would They Selling?

To begin with – at this point the portal majorly sells their own brands and products, but going ahead, in the near future, they not only plan to enable all Mahindra Group businesses to sell their products and services on M2ALL, but will also give other manufacturers and sellers of complementary products and services, this unique platform to reach out to their customers.

These merchants along with the brands under the Mahindra Group wing, will get the benefit of their superior eCommerce platform, UI expertise, reliable payment facility, back-end integration with business ERP systems, and support services such as unmatched marketing expertise, digital marketing, data analytics, logistics and call center services.

Currently, out of 31 of Mahindra Group’s brands only 5 have virtual stores on the marketplace, where customers can browse through more than 400 Mahindra products and services and order over 40 of them, but the rest of the pending brands shall also be made available within the next two years as well.

For them, they don’t see eCommerce as a separate channel, but instead, M2ALL believes in working on a ‘click and brick’ model, wherein the product that you order from the portal would be delivered by their respective partners which would include dealers, distributors and / or logistics teams as well.

What Kind Of Strategies They Adopted To
Promote Themselves?

To begin with – Mahindra Group aims to combine the strengths of the physical and virtual world. Hence, they have decided to adopt different go-to-market and promotional strategies.

Firstly, going against the eCommerce trend; since, M2ALL does not believe in offering marketing gimmicks, they won’t be offering deep discounts just to aggressively sell their products, which would eventually be at the cost of showrooms and stores. Instead, the portal would price all the Products and Services listed on their site at a genuine and actual rate.

Other than that, for now what we know for sure is that, they would also be using several digital marketing strategies to promote themselves on the internet. They would also be allowing third-party advertising companies to serve ads when a customer visits their website, so that they can they can understand your choices better, accordingly provide you with options of goods and services that are of more interest to you.

Who Would Be Leading The Brand?

M2ALL was developed under the guidance of Mr V.S. Parthasarathy, who has also been named as the Chairman of this venture and would be leading the brand along with Vijay S. Mahajan, who would be heading it. Initially, there is also a small team of 10 people involved in this project, but more are expected to join soon as well.

Furthermore, they have also hired Jaspreet Bindra (Former CEO of Askme.com) as their Senior Vice President for Digital Innovation and Ecommerce, to help them in initiating and executing a Digital and eCommerce strategy for the group.

Let’s give you a short brief about Mr. Parthasarathy’s professional journey: -

He completed his CA, Accountancy and Audit from the Institute of Chartered accountants of India (ICAI) in 1985, and began his career from the very next year itself.

He started off by joining XEROX in 1986 as a Management Trainee and over the period of time, went on to become the Associate Director FP&A and controller DMO, as well.

After working with them at several positions for more than 14 years, Mr. Parthasarathy decided to take the leap and joined Mahindra & Mahindra as their EVP – International Operations and CFO – Farm equipment sector in 2000. He further went on to add M&A and IT departments to his roles as well.

By 2010, he had got promoted to become the Group CIO, EVP (Group Accounts, Finance and M&A), and also the Member of the Group Executive Board as well.

And finally in 2013, he received his recent promotion to become the new Group CFO, Group CIO, President (Group M&A & Finance), Member of the Group Executive Board as well.

Why Did They Get Into The E-commerce Business?

Evidently, the e-commerce sector is a highly lucrative sector from an investment and business point of view. Agreed, many players have entered and now control the market, but that does not mean that there is no room for more players. In fact, there still is a lot of space for more to happen.

Mahindra’s have realised the true importance and potential of the eCommerce segment in India, which is growing at the rate of 47% (Y-o-Y) and is anticipated to reach touch the $50 Billion mark by 2020, and is in aggressive plans to capitalize on this opportunity.

Yes, they have entered the eCommerce market recently, but they have remained in the Tech industry with Tech Mahindra since a very long time, and in fact, also hold a leadership position in the market.

It is a $3.5 Billion company which is one of the leading providers of solutions and services in the Information Communications and Technology sector, and caters to numerous Fortune 500 companies as well.

Additionally, Mahindra group has also been selectively investing in the online commerce ventures as well. This includes the recent buy-out of baby products retailer babyoye.com by Mahindra Retail, which was later merged into the group’s own portal Mom&Me and has now renamed their entire brand to BabyOye.

Post that and more recently, they also launched M2all.com, a superstore of all products of the Mahindra Group. The primary purpose of launching this product was that, Mahindra Group is a largely diversified company has products and services that are spread across various sectors, and they wanted to combine all that and bring these offerings under one roof.

Basically, they intend to combine an enhanced buying experience of eCommerce along with the trust and reliability associated with the Mahindra Group

To sum it all up – the idea is to bring Mahindra World on a digital platform!