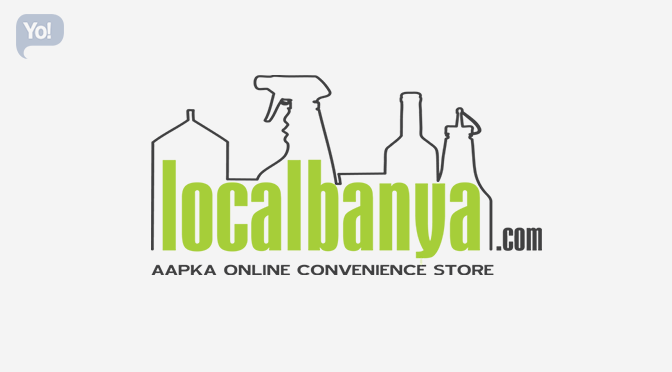 Internet is the next revolution that is happening in India and with that many or rather most of the industries are moving online with hopes of targeting a larger audience.

Although, many sectors have already capitalized on this opportunity but there are still few sectors like Agriculture & FMCG which are yet to gain momentum.

India being an agricultural nation, CPG/FMCG (grocery) is considered to be the largest category as a whole. But unfortunately this sector has been kept away from entering the World Wide Web, possibly due to various reasons such as government cap on farmers to sell directly, the business of big honchos like D-mart & Reliance Fresh will be finished, etc!

But interestingly and bravely, newbie’s like LocalBanya are slowly finding their way into the market through an online model.

We’re sure by now you might have already understood that LocalBanya is nothing but an online grocery store but the question is:

How did they begin?

As much as execution and handling a business are important, equally important is the base you create before you start-off with anything. And to be honest, they nailed it!!! So to begin with, we were really impressed with the kind of research the cofounders – Karan, Rashi and Amit did before entering the field.

LocalBanya was conceptualized in August 2011 & was launched in May 2012. And almost one whole year was put into research and development which ranged from the industry, the business model, competitors (their mistakes, way of functioning), etc!

Some of their research included, that people in general were unhappy with the way local grocers functioned; during the first and the last week of the month customers placed larger orders; Groceries and staples contribute 22%, dairy products and household supplies account for 11% & fruits and vegetables contribute 11% of the total sales.

Apart from this they also researched about similar business models, the way they function and the mistakes they did or are doing and accordingly planned their business.

Once that was done, they shared their idea with friends and family & got positive feedbacks which led to the creation of the prototype.

And eventually, with a collective investment of INR 70 lakhs….. Launched LocalBanya!!!

Let’s give you a fair idea of how did they run this complicated business!!!

First-of-all, the best thing they did was setting a target audience which was pretty simple to point out, which could be any person who shops at the local kirana store or a super market, any person who had the access to a computer and the internet or single working individuals or nuclear working families! By doing this, half their potential problems got solved!

Now during their initial R&D phase, they had learnt from others mistakes that it was practically not feasible to maintain an inventory for all the 8000 items they offered. So from day one they played it smart; they tied up with distributors for the items they didn’t want to store and for the rest they maintained an inventory which helped them reduce their costing of huge warehouses, etc.

And this strategy helped them sustain for a longer period of time.

Out of all honesty, their growth since the inception has been stable and smoothly increasing. In less than a year they had a loyal user base of 5000 customers and on an average would get 125-150 orders a day.

Now to reach where they were, they also had to go through their share of problems and some of which were:

Firstly, an online business can never succeed unless they have a smooth functioning, user friendly, trendy website. Ensuring this is way difficult than it sounds. It needs to be constantly modified and updated, taken care of, should be able to take the load, etc. and only the right kind of team which shares your ideology can make this happen for you.

Secondly, convincing vendors to partner with them in such nascent stages can be a real pain. To top that, expecting loyalty and transparency from then is even worse. This can only be possible when they see the big picture of how much business they can get on the long run.

Thirdly, marketing yourself wisely can cost you a lot of bucks and when you’re a startup with an Ant-like budget and then it’s even worse. The only thing that can save you is social media and word-of-mouth, if you have that then, boss you’re gonna rule!

Lastly, finding the right kind of team who shares your dream is a problem that every startup faces but then eventually manages to find people, all you need to have is patience and the eye for the right candidate.

Frankly, these problems are applicable to almost every startup and if you can survive this phase during the initial stages then you’re bound to succeed. And without a doubt, the LocalBanya trio solved each and every problem with flying colors.

Now let’s show you how are they doing presently?

To manage the business effectively, LocalBanya has so far raised a capital worth USD 5 million from Karmvir Avant Group in Jan 2014. In the year 2014, they have got over 10,000 registered users with 600 deliveries per day with 98% punctuality, INR 1 crore in sales in Q1 of 2013, more than 28000 likes on Facebook, increased the SKU’s to 10,000 and most importantly have crossed USD 10 million in revenues and have also broke-even in Mumbai.

So far the only thing that has helped LocalBanya succeed is their accurate planning, strategizing and simple yet basic techniques to keep its customers happy & satisfied. And till the time they stay focused to their ideology they will not fall.

But the biggest is yet to come! As per reports, government is in plans to prepare a model wherein the consumers will directly be able to purchase from the farmers. Now if that happens, how will it affect such businesses will be a matter of grave concern?