Koovs.com: the online fashion house for the urban youth! 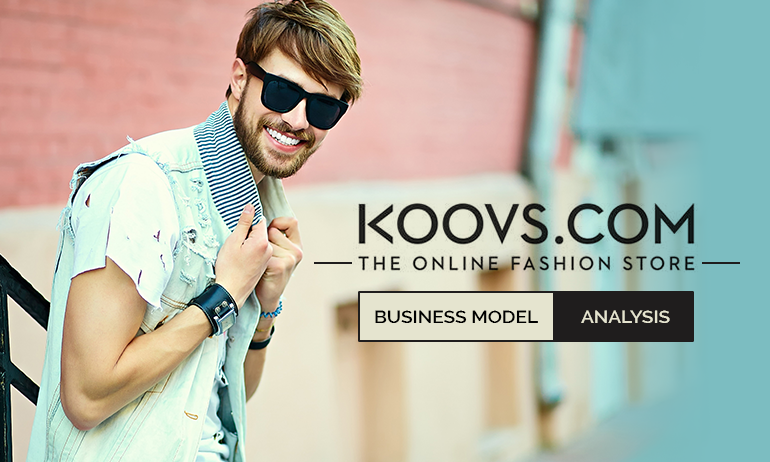 Founded in 2010 – Koovs.com is the one-stop online fashion store that is inspired by the international runways, celebrity looks, and on-trend street style, and offers exceptional fashion at highly affordable prices.

The company is headquartered in Gurgaon and operates under licence by Marble E-Retail Private Limited. They also have an office in London as well.

The eTailer makes browsing and strolling seamless by offering easy-to-use navigation, catwalk videos, 360-degree product view, inspiring fashion content in Style Stories, feed of interviews and news on what’s trending and what’s hot. Additionally, their newsletter also provides a weekly update of all the products that have newly been arrived at their store.

With over 150 new products launching each week, not only does Koovs stock Indian, International and its own range of clothing and accessories, but they have also collaborated with international designers to create clothing collections too.

While shopping at Koovs, one can find the most trending, stylish and a long variety of collections for all occasions, under product categories including: tops, dresses, jeans, skirts, jackets, scarves, lingerie, swimwear, etc., for women, and T-shirts, shirts, chinos, jeans, outerwear, etc for men. Other than that, they also offer a wide range of footwear, jewellery, accessories, bags and beauty collections that spans across all the latest trends and styles, for both men and women.

Who is their target audience and what kind of Brands do they sell?

To begin with – Koovs is not a marketplace! It is a fashion house that works on an inventory-led operating model.

More than 45% of their inventory is their own private label, while the rest of 55% are the brands wherein, half of the inventory from the brands is also exclusive to them, which means that, Koovs holds their inventory, photographs them and then does the presentation.

But besides that, you can’t really term then a purely transactional site, because they function more on the note of an Editorial portal that suggests what to wear, how to wear, different looks, celebrity clothing, share lifestyle stories, etc.

And quite frankly, they don’t really consider discounting as a part of their Business Model. In fact, they wish to replicate the offline model of the profitable Spanish brand Zara. That is what mainly separates them from the rest.

To sum it up – Koovs is a Lifestyle Portal attached on an eCommerce platform!

They function on a sole objective of providing a curated and on-trend line of collection that is divided into two parts. On one end – their buyers work 24/7 from their offices in London and India to bring together the best Indian and International high street brands; while on the other end, their highly talented team of designers based in their London fashion lab, work on bringing out an exclusive and trendy ‘Koovs Collection’ every month for both women and men.

From a fashion perspective, Koovs likes to consider itself on the lines of Zara or H&M online. They have two big seasons — Spring / Summer and Autumn / Winter, and offer 10 collections a year. For big collections they usually buy in advance, and the merchandise turnaround time changes, depending on the type of product. There are 4500 new designs every month at Koovs, and their monthly collections changes every four weeks.

Since they are a western fashion house, their design team is based in London, but the execution is done from India itself.

And talking about return policy and process – one can return/exchange the product within 15 days of delivery. You can do so, either by going on to your Koovs account on the portal, by calling their customer care team on 0124-6770000, or by writing in to them at info@koovs.com.

What kind of strategies has Koovs adopted?

Since their inception because Koovs has changed their business model several times; they have also adopted various strategies to target their audience too.

But talking about the present – apart from their unique operating model, National and International tie-ups with renowned Brands and Designers; Koovs has implemented various business and marketing strategies to attain the desired success.

At the Business end – one of the greatest moves played by the Anant Nahata (Founder Director) was to rope in British multi-millionaire Lord Waheed Alli (Chairman of $3 Billion British fashion major Asos.com) as the Chairman of Koovs.com, and Mary Turner (CEO of AlertMe.com) as the new CEO.

Together, they have managed to bring about a considerable impact by successfully refocused the commercial strategy into three immediate priorities: to create and focus more on brand awareness, to increase the range of offerings in attempts to appeal to a wider audience, and to develop a swaying fashion discovery platform with lifestyle content and social media engagement.

On the Marketing end – to support the aforementioned points, they are not only making use of digital media, but have recently launched their debut multi-media brand campaign targeting the Indian audiences “Step Into Koovs.com”, along with a music video that is conceptualised by Grey Group London.

This campaign which has been featured across all mediums including TV commercials, Cinema, Billboards, Print and Digital, seems to have struck the right chord with the Indian middle-class so much that it has increased the sales of Koovs to a whopping 210%.

Other than these, what has greatly helped their brand visibility is also showcasing of their collections in major fashion weeks like Lakme Fashion Week, Wills India Fashion week, etc…too!

Anant is the Chief Promoter and the Founder Director behind Koovs!

He belongs to the Nahata family who owns the HFCL group and is also the Managing Director of Exicom, a leading telecom infrastructure business in India.

After pursuing his Economics degree from the University of Pennsylvania in the USA; Anant got into Investment Banking and had worked with Credit Suisse in Singapore and New York for a couple of years.

Lord Alli is the Executive Chairman of the Board of Koovs.com!

He had joined KOOVS with a vision to develop KOOVS as a leader in the highly unpredictable and competitive space of fashion and eCommerce and has successfully managed to turn it around, as well.

With an expansive knowledge of international fashion, coupled with a keen eye for innovation, Lord Alli currently acts also as the Chairman of Silvergate Media Limited, as well.

Other than that, he is also a British politician and was appointed to the House of Lords in 1998. He was the Ex-Chairman of Asos.com, a British online fashion retail giant that grew from a $4 Mn to $3 Bn within a span of 12 years, under his leadership.

Mary is the CEO of Koovs.com!

Prior to Koovs, she was the CEO of a pioneer in the “Internet of Things (IoT)” technology company called – AlertMe.com. AlertMe was the one that powers the UK’s leading smart homes solution, Hive Active Heating, which recently got acquired by British Gas last year.

It was setup as an independent eCommerce business that operated by the domain name Koovs.com. This was the period when barely any eCommerce portals existed; not even SnapDeal or Deals&You!

They acted as a mediator in mass dealings of services and offered exceptionally great discounts of 50-90%. They were like a micro-marketing platform for Millions of small businesses (Restaurants, spas, health clinics, entertainment zones and much more) that also helped them to generate higher sales too.

Due to their uniqueness and early mover advantage, in a short span; with more than 5 lakh subscribers, they became one of the top 700 sites in India, as well.

In 2011, BenefitsPLUS – a New Delhi-based B2B rewards and loyalty program firm acquired a majority stake in Koovs for around $2 Million and become their holding company.

Post that, they also changed their business model from being a deals site, to becoming an eCommerce site that offered discounted products.

In the same year, another shift in the management took place when Infotel eCommerce Private Limited, a company controlled by the Nahata family in India, acquired a controlling stake of 44% in Koovs.

The company started with an initial capital investment of about ₹140 crores ($23 million) that was contributed by the Nahata family and other key investors, and also shifted the company’s focus to the sale of mobile phones and other electronic goods.

Soon, the promoter of Koovs (Anant Nahata of the Nahata family) realized that the model they opted for, wasn’t working. Koovs was reaching a dead end and the sales had begun to wipe out as well. They either had the option to shut shop, or change the model. And Anant chose the harder path and decided to revive the company by transforming Koovs into a high-street fashion website. He decided to make it a niche company.

He knew that it wouldn’t be easy to switch to his chosen niche, as online sellers of apparel were many. Hence, Anant decided to take help from people who knew the business better than him, and called in Lord Waheed Ali, Robert Bready and several other experts from the fashion industry, to join the management team.

And since then, there has been no looking back!

In March 2014 – Koovs got listed on AIM (formerly Alternative Investment Market), a sub-market of the London Stock Exchange, and become the first Indian eCommerce company outside of travel, to go for an (IPO) abroad. Through this public offering, Koovs raised $37 Mn as well.

In 2015 – the company appointed Mary Turner as the CEO, and Gaurav Nabh as the Marketing Director, who brought about some brilliant developments to the brand.

Due to their out-of-the-box strategies, the company has managed to climb up the chain, improved its brand awareness from 1% to 8%, has helped them to double the websites traffic to 1.5 million visits per week and has earned them £10 million in gross order value in FY2016, as well.

So far, the company has raised a total of $39.8 in 3 rounds and now competes with established brands like –– Fashionara, Fashion and You, Jabong, Myntra, LimeRoad, etc…