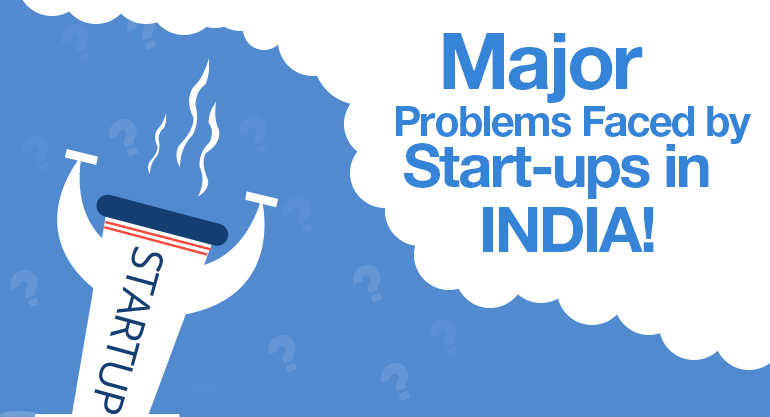 Start-ups are nothing but ideas that are given life, to adopt a commercial undertaking. Today, the start-ups culture has become the new “in-thing” in the business circuit. But the Start-up ecosystem as a whole, is equally very significant for any country, and plays a very critical role in the development, growth of the market, infusion of more funding, technology advancement, etc as well.

Talking about India – with more than 3100 start-ups and roughly over 800 coming up every year, these start-ups have put India on the world map by making India the 3rd largest country for start-ups, after the US and China, and is expected to climb to the second position with 10000 start-ups by 2020 as well.

Moreover, with all the recent developments initiated by our Prime Minister and his Government to boost and help the start-up ecosystem, it clearly indicates that Indian start-up culture holds immense potential. And as said by many – “This is going to be the ‘Entrepreneur’s Decade’”!

Some of the currently focused trends include Information Technology-enabled products and services such as: eCommerce, Aggregators, Analytics, Internet of Things (IoT), Health-Tech, Online Payments, etc., with a lot of sectors yet to be tapped!

Evidently, the start-up culture in India is still in its development and evolution phase. Having said all that – there still remains a few unsolved problems which keep pestering the start-ups!  Despite, being a highly untapped market we have our own set of problems too, some of them being: government policies, permissions, capital, competition, infrastructure, etc.

Let’s give you deeper insights about some of the most common, yet major challenges that are faced by start-ups in India:

What are the major challenges faced by the start-ups?

Investors and start-ups go hand in hand, and neither can survive without the other!

External capital gives the much needed push to the business. And the real challenge is not raising enough seed capital to survive that moment, but also to support in the expansion, nourishment and maintenance of the company as well.

Now since venture investing is still in its nascent stages; for a start-up to get access to early stage capital is a huge task. Apart from the popular modes like angel funding or seed funding, there aren’t many channels which support the start-up in their initial days. Take for example Banks – they haven’t participated in this market at all.

Other than that, before a start-up enters the VC phase, it is necessary that it goes through an Angel Investment phase, who can support budding entrepreneurs from an early stage, so that they are able to walk on the right path to success.

The investors in India are mainly afraid of the high risk of failure, and unsupportive government policies on such investments. So far, there aren’t many reasons which could convince an investor to fund such companies.

But the situation is very different in countries like the US, where Angels are just waiting to invest and become a part of great ventures, and Angel Investments account for 75% of all the early-stage investments.

Whereas, on the other end, unlike the western nations, there aren’t enough Angel Investors who can fuel the initial growth of a start-up in India, Angel Investments account for only 7% of all the early-stage investments.

A company becomes, whatever it becomes; mainly, because of the kind of talent it hires. All the success stories will prove this point as well.

A quick Google Search will show you that, most of the start-ups fail due to this reason itself…!

Most of the entrepreneurs would agree to this fact that – hiring the right kind of talent can be quite a pain. Even with a population which remains the second largest in the world, a start-up in India faces tremendous issues in finding the right match to their requirement.

That’s because, since start-ups are at a very nascent stage, they need employees that can bring in the right balance of skill, ability and attitude, because right kind of talent would ensure a strong foundation for an evolving company.

And since, Indian start-up culture is still in its development phase, there aren’t many high-quality employees who are willing to leave their comfortable and high-paying corporate jobs, to join a start-up, and you may literally have to convince people to join you as well.

Other than that, there also remains a huge demand and supply gap here. India highly lacks talented individuals in comparison with the number of start-ups popping up daily.

And while these problems continue to exist; the large start-ups have also set unrealistic expectations with their offerings, in the minds of the employees. Thus, adding on to the baggage of the growing ones!

All of the above come at a price, which, quite frankly can be very expensive!

So, to sum it up – if you’re a well-funded start-up and unicorn in the making, then you’re sorted! But if otherwise, getting great employees on board is a supremely difficult task.

To begin with – all of us would agree that – becoming an entrepreneur and running a start-up is a tough job. More often than not, there are bound to be more failures than successes, and like or not, but an entrepreneur needs to be prepared to face such failures and hardships.

However, culturally we are not groomed to fail, accept failure, and failure is often looked down upon.

Indian culture does not promote entrepreneurship, and instead, it encourages stable employment state-owned or private organizations. It teaches people to be risk averse! These are one of the reasons, there are only a handful names of companies that rule the current Indian market. They are the ones, which went against the trend.

There is barely any tolerance for failure here. Once failed – the whole society (including your own family and friends) begin looking down on you. Due to such peer pressures, the mindset of the masses has become such that, their focus has changed and has become set on getting reputable jobs in a reputable company. This is what our culture has instilled upon us!

This mindset of our society is the very reason, the essence of Entrepreneurship – Creativity and Innovation, is getting killed before it can even start.

What our society does not realise is that, failing is OK, because failure is the best teacher!

Other than that, there is a huge scarcity of start-up support networks and entrepreneurship ecosystems such as Incubators, Accelerators, Start-up Competitions, etc.

These, not only help boost the morale of the entrepreneurs and motivate them, but also help them to be creative and innovative as well. And the scarcity of such facilities makes it even more difficult for entrepreneurs to find investors, and investors to find good projects and entrepreneurs.

To worsen the deal – if you deeply look at it, our education system is aimed towards making students fit for jobs. They are groomed in such a way, that they don’t really have a choice!

They highly lack the required marketing, sales and operational and leadership skills to start their own enterprises.

Our education system is highly outdated and lacks much behind in comparison with the needs of the modern world and economic order. Given the emphasis on old-fashioned curricula, not only does it not foster skills for start-up and entrepreneurship, but highly lacks appropriate skills to become an ideal employee as well.

This eventually results in retraining of employees by the private sector, which accounts for a considerable investment.

Talking about relevant Mentorship – the young entrepreneurs of today have very unique, creative and innovative ideas, but what they lack is – experience.

Now, ideas would have no value, if they are not executed properly. This means – Industry Expertise, Market Knowledge, Business Experience, etc., is very important to materialize the idea. Summing it all – Experience!

This is where the mentors come in!

When you’re a start-up, you often require non-financial support in various ways as well. Not only do they provide all the aforementioned, but they also come along with a bag full of network and contacts that can be of great help.

For these young founders running start-up companies and scaling is a new and difficult task, but turns out, investors who are supposed to guide and mentor them, are creating more harm than good. All they are pressurising to focus on, is achieving 3x or 5x in a short span of time. With such a single minded objective, the end is eminent to be disastrous!

But it seems – start-ups are highly lacking this too! Since they do not have the ‘right guide’, they are not able to move ahead swiftly.

Government is the largest enabler which can single-handedly fix most of the aforementioned issues, by creating suffice entrepreneurial ecosystem.

All a Government need to do is create an environment which can help in ease of doing business which eventually would lead companies to success.

But India still remains one of the most difficult places to start a business in. Other than, innumerable laws, regulations and policies, the deep rooted corruption make it impossible to conduct a business freely.

Instead of acting as an observer from the sidelines, government has huge involvement in the functioning of a business, but this is again, without an effective enabling environment.

From starting a company, running a business, to shutting a company, entrepreneurs and companies have to go through immense and painful efforts to get the process completed. This just acts as a mood-killer!

But then again, more recently, the Indian government under the leadership of Narendra Modi has initiated many steps to help the business community as a whole. These, broadly speaking would more-or-less fix most of the issues mentioned above!

Let’s point out some of the Key Focus Areas for Government to Improve Business Environment….

What are the Solutions for these issues?

Well, like we said earlier, most of the aforementioned problems can be solved by the government itself. The Action Plan attacks most of the pain points that start-up entrepreneurs faced in India, be it related to: tax, funding, ease-of-doing business, innovation, etc.

And the government has also been seen rapidly taking steps to enable start-ups and an ecosystem, which includes: -