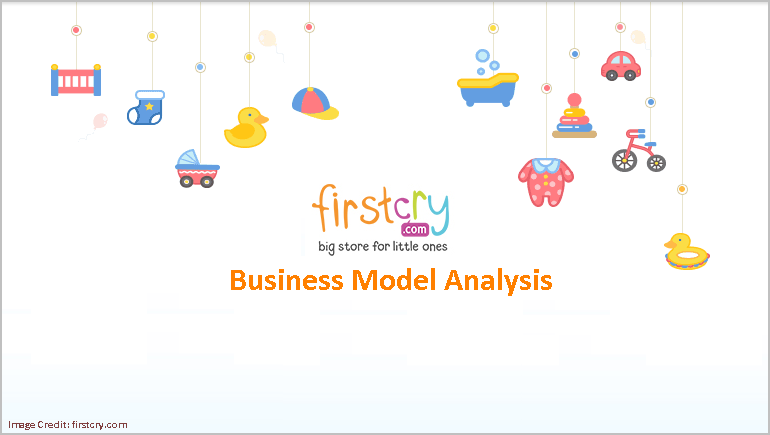 Founded in 2010; Firstcry is Asia’s Largest Online Portal for Baby and Kids Products. It was founded by Supam Maheshwari and Amitava Saha under the parent company – BrainBees Solutions.

At this point, the company accounts for more than 90,000 items from over 1200 national and international brands including – Ben10, Funskool, Hotwheels, Pampers, Disney, Barbie, Fisher Price, Mee Mee, and many more…

Some of these products include –Toys, Books & CDs, Clothing & Fashion, School Supplies, Baby Diapering, Feeding & Nursing, Health & Safety, Moms & Maternity, and so on…

The photographs of the products can be zoomed enough to get a clearer idea of what you are purchasing and can also read the details on the product cover before taking any decision.

All these products are first sourced directly from authorized representatives or manufacturers, stocked at their warehouses and are later shipped as and when the order arrives.

Firstcry offers various payment options such as – Debit Card, Credit Card, Net Banking and COD. The minimum order value of any purchase must be at least ₹149 or more.

All the orders that are placed, are packaged and shipped within 24 hours of receiving the order. The customer also receives an email to the registered email address, of the courier company and the tracking number of their consignment. They will receive an SMS about the same as well.

Other than that, one can also check the same on “My Account page”, under “Track Shipment” option to see the current status of the order.

Firstcry had begun with just being an online shop or an eCommerce marketplace, but soon decided to evolve.

As a part of their growth strategy, they adopted the Hybrid Model or an Omni-Channel Strategy. They started opening their own stores across various cities. This was done to capitalize on the Tier-II & Tier-III markets, which prefer the offline medium to purchase such products.

In other words, this was a mix of click-and-brick model, which had a deeper focus on Tier-II and Tier-III towns.

Adding on that bandwagon, they also started with the Franchise Model, and partnered with some enterprising & like-minded professionals. Internal teams were also setup to screen, select and then also help in the setup of these stores for the franchises. They also helped them with literally everything including the overall architectural perspective, design, stock selection, providing systems, training of the staff, POS software, any anything else.

Even though these stores had a break-even period of 18-24 months, but because of the uniqueness of this idea, they turned operationally profitable within the first 3 months itself.

Hence, to support these stores effectively, Firstcry further went on to add an Inventory Model, and opened four warehouses in Pune, Delhi, Bangalore and Kolkata as well.

At 27 million, India accounts for the largest number of child births per year, and the market size for baby, kid and maternity products is estimated to be close to ₹40,000 crores annually, and is growing at 15-20% per annum.

Soon after Supam became a father, he noticed that the quality of baby products available abroad (from where he used to buy products for his daughter) could be trusted and also because many of them were not available locally.

He realised that there was a huge demand-supply gap in the domestic market for children-focused brands, including many international brands as well.

His research further pointed out that, the baby and kids industry in India had an approximate turnover of about ₹50,000 crores and 95% of these sales were offline, while the online market only accounted for around $7 Bn of the total

The best part about this end of the industry was that, it has one of the highest profit margins in any retail segment in India.

But he also understood that, over the period of time, even though the standard of living & the spending capacity on children’s apparel (with better brand image and quality), had significantly increased, the market still functioned in a highly unorganized manner. These customers didn’t even have easy access to variety, good quality products, or for that matter world class brands.

Firstcry has been specifically formed to target this market. The platform has been created to bring easy access for quality baby and kids products, with of course, the top-of the-notch quality.

What Are Their Business, Marketing & Advertising Strategies?

To begin with – since the beginning, both the founders had made sure to keep the cash-burn at the lowest.

To achieve that, they also had developed an in-house point-of-sale IT system which helped them to track each sale, which was estimated to save around ₹1 crore per year in subscription fees to third-party service providers.

Additionally, they had also developed an automated email or telephone call which would be made to each customer who places an order online, and only after the customer confirmed the order, the product would be dispatched.

Around 2011, BrainBees also launched another portal called – Goodlife.com, a family wellness platform. Goodlife.com was also created as a part of a grand strategy for customer retention. It worked well because, in a matter of 2 years, it had about 30% of its customers from Firstcry.

Moving on to Advertising and Marketing…

Firstcry spends around 15-20 % of their entire revenue contribution to promote Firstcry.com and this many even sound shocking to many, but they haven’t done much of flashy advertising.

Yes, in their initial days, they did try out with some TV & Print ads, but since they realised that it was a low return and high cost model, they stopped spending on it.

Customer engagement has always been high on the agenda, and to do so, most of their advertising is done through word-of-mouth and some amount of online advertising. Basically, Firstcry has adopted a private label strategy and have made extensive use of social media, discount coupons for repeat buys, assured savings through subscription services, etc.

They have also made sure to perfect their Social Media Optimization, Social Media Marketing, Internet Marketing and Online Reputation Management, as well.

On the offline front, to give a flavour of how online shopping would be, to the inshop customers, Firstcry had also installed 32 inch touch screens in their retail stores. If they didn’t find any product in the physical store, they could also use these screens, to order it online.

Other than that, Firstcry had also invented an out-of-the-box strategy of directly reaching out to the parents-to-be.

Firstcry used to run a unique programme called – Firstcry Box Program, through which they were able to reach out to over 70,000 unique parents every month.

This ‘Firstcry Box’ contained samples of products of different brands worth approx ₹700-1000, which were needed by mothers immediately after the baby comes back home.

As of December 2015, Firstcry had already delivered 600,000 boxes across India and was also planning to reach out to 1.5 Mn parents using this program very soon.

At a very basic level, this program costed Firstcry 1/10th as compared to an average TV campaign, which wasn’t even direct. This program cost was further shared with all the product manufacturers whose products were in those boxes.

Firstcry was started by Supam Maheshwari and Amitava Saha!

Soon after he completed his Post graduation from IIM, he began working on Brainvisa Technologies and launched it in 2000. Brainvisa was an E-learning company which focused on helping businesses around the globe to increase the learning & training effectiveness.

In a period of less than 8 years, Supam grew Brainvisa to make it one of the largest e-learning solutions providers globally and also went on to expand the same to the US, Europe, and Australia as well.

Later, he sold the company to a US-based group called – Indecomm Global services for $25 million in 2007 and went on to start Firstcry.

Amitava has completed his PGDM in Marketing and Information Systems from the IIM (Lucknow) and is also a Mechanical Engineer from the IIT (Banaras Hindu University).

He started his career with Tata Steel / TISCO as a Senior Officer in June 1997 and worked with them for around 2 years.

Post this stint, he moved on to work with NIIT Technologies in May 2001 as a Senior BDM. He handled marketing, strategy and sales team planning for Asia Pac. After a year, he joined Aricent (earlier Future Software) as a Business Development Manager for around one-and-half-year and took care of sales in South Korea and Japan.

Post that, he joined Brainvisa Technologies as a Vice President (Business Solutions) in 2003 and also worked as a Director as well as Senior VP with them. After working here for around 10 years, he founded Firstcry.com along with Supam.

More recently, he has also cofounded Xpressbees in 2015 as well!

Firstcry or rather BrainBees Solutions was started with a seed capital of Rs. 2.5 crores, that was raised from personal resources and friends.

In the next one year, the company also launched another portal called – Goodlife.com, and further went on to launch physical offline stores across cities like Bhilai, Dehradun, Haridwar, Kanpur, Bharuch, etc. with a deeper focus on Tier-II and Tier-III towns. These stores included the ones that were launched by them and the ones they had franchised.

By FY13-14 – the company was estimated to have a Gross Merchandise Sales of about Rs. 250 crores and had also transformed into the leader of the segment.

By the end of the year of 2014 – they had 600 national and international brands on board, and had also launched its own private label called BabyHug (apparel brand) and CuteWalk (footwear brand) which was adding to about 20% of their revenues as well.

Other than that; they now had more than 100 offline stores located mostly around Tier-1 and Tier-2 cities like Bangalore, Chennai, Noida, etc.

In 2015 – Firstcry reported total revenues of Rs. 118.08 crores which was up from Rs. 73.78 crores from the last year. Their inventory-led model, resulted in purchase of stocks worth Rs. 132.51 crores for the year, and also helped them secure Rs. 109.54 crores in operating revenues.

Talking about their funding; the company has so far received a total funding of about $65 Million from investors including – New Enterprise Associates, IDG Ventures India, SAIF Partners, Vertex Venture Holdings, Temasek Holdings, etc.

More recently in 2016 – Firstcry now accounts for 90,000 products from over 1200 global brands, operates over 150 franchisee offline stores across 100 cities in the country, and has also partnered with 7,000 maternity hospitals across the country.

Other than that, what is even more interesting is that Firstcry has also received an undisclosed investment from Ratan Tata.

Going ahead – Firstcry will be significantly ramping up its store count from 150 to 700 in the next 3-4 years. In addition to this, they are also in talks to further add another 200 global brands to its portfolio as well.