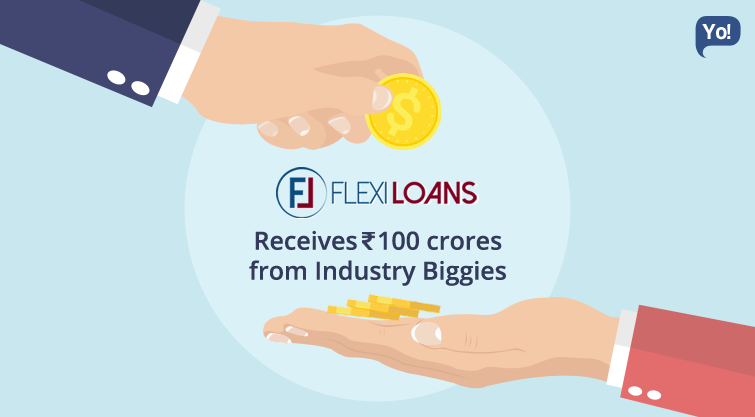 The fund will be used to invest further in the expansion of FlexiLoans and for further investment in their technology and marketing platform.

Furthermore, as per the terms of the deal, a non-banking finance company (NBFC) has been founded by Nayar, Sud and Sheshadri – EpiMoney, will get a majority stake in FlexiLoans, which will be the product platform. Nayar, Seshadri and Sud have formed the new NBFC in their individual capacity and the initial loan book will be ₹100 crores.

Given the large number of undeserved category of Indian population with low credit rating, the digital NBFC space holds immense potential in India and investor interest is seen to be rising drastically as well. This is also being seen as one of the main motives to start EpiMoney as well.

This NBFC will see life post the completion of the acquisition of acquisition and, EpiMoney will operate on the technology based on FlexiLoans that solves the problems that small and medium enterprises (SMEs) face in accessing quick, flexible and adequate funds for expansion.

Although, it will continue to be run by the existing team, but the business will be re-branded after the completion of the acquisition!

By doing all this – the idea is to achieve the vision of using new-age technology to offer quick, fast and transparent funding access to millions of deserving entrepreneurs. And they have also seen to be aggressively working towards attaining this dream!

A major bottleneck to growth in India still remains to be lack of access to finance for micro-SMEs. They had noticed that the festive season (October to December) for most of the eCommerce platforms, accounted for more than 50% of traditional retail sales, and lack of seasonal financing requirements used to act as a huge barrier for the merchants.

Prior to this deal, it was announced in the beginning of October that FlexiLoans had partnered with over 20 national online marketplaces including the big ones – Flipkart, Ola, ShopClues and Jabong to serve over 2 million small businesses with quick loans and has served customers in over 18 cities and towns as well.

Along with that – they had also tied up with four eCommerce platforms including Flipkart, Grofers, Wydr and The Secret Label to offer collateral-free loans to merchants during the festive season too.

Additionally, just before that, FlexiLoans also partnered with Ola to offer their driver-partners (exclusively for Ola Star drivers including top rated driver partners) with immediate business and need-based loans of upto ₹1 lakh at a disbursal time of just 30 minutes, along with affordable monthly instalments and a repayment cycle tenure of 3-12 months.

This was also done because the platform had seen great demand for loans by this section. FlexiLoans had already processed over 500 small business loans, including cab owners over the last 6 months.

So the idea of getting into these partnerships was to strengthen their SMEs barrel and achieve an access to over 1 million merchants selling on its partner platforms.

Operational since November last year – FlexiLoans is an online lending platform that aims to solve the problem that SMEs face in accessing Quick, Flexible and Adequate funds for growing their businesses.

Some of their products offerings include: Working Capital Loans, Discounting and other Business Loans.

They use several traditional and non-traditional sources of data to score an applicant, which means that each applicant’s score is unique in keeping with the loan amount and profile of the applicant.

FlexiLoans also analyses customer profiles with the help of a multiple non-traditional and alternative data based proprietary credit model that also acts as potent replacement for the analyses of credit behaviour and repayment ability.

Now, more than 80% of Loan proposals of SMEs are rejected by institutional channels because of their inadequate financial history or collaterals, forcing these SMEs to opt for the expensive mediums.

FlexiLoans is a model that has been created to tape this unserved market. And their proprietary credit engine, conjoined with their simple application form, and ability to make the loan decision within 24 hours is what differentiates FlexiLoans from the rest, making them the best model to meet the financial requirements of the deserved but unserved.

They work on a fast, flexible and paperless process to offer loans without collateral. All one needs to do is: -

The state of fin-tech market in India!

There has been a drastic rise in the fin-tech start-ups in India. On one end, there are start-ups populating this emerging and dynamic sector, while on the other end, there are traditional banking institutions and non-banking financial companies (NBFCs) playing catch up too.

These Fin-tech firms are also seen to be breaking new ground in the formal finance sector through innovative and dynamic use of technology in the lending process as well. For instance, on one end, where traditional banks (around 100) and NBFCs (around 1100) use technology to simply calculate credit scores in India, Fin-tech ventures on the other end, are seen to be using Machine Learning algorithms and social media footprints, call records, shopping histories, and payments to utility service providers to check the credibility, increase the efficiency and provide greater access to credit.

Additionally, the turnaround time is also much faster for the approval and disbursal of loans of such fin-tech firms, as compared to several banks (State Bank of India, ICICI, HDFC, and Axis bank) who even have digitized and speeded up their processes.

The transaction value for the Indian fin-tech sector is being estimated to be around $33 Bil (2016) and is expected to reach $73 Bil in 2020, and will grow at a five-year compound annual rate of 22%.

In fact, global banks are seen to be responding to these opportunities as well ––– HDFC and Axis have launched their mobile phone applications to ease digital transactions, Federal Bank announced a partnership with Start-up Village to develop innovative banking products, Barclays is set to operationalize their fifth global fin-tech innovation center that will be located in India; and Goldman Sachs Principal Strategic Investments Group (GSPSI) is looking to invest in Bangalore’s fin-tech start-up scene, as well.

Nasscom had also recently reported that around 400 fin-tech firms operated in India and a large part of them were boosted by fin-tech-focused start-up accelerators and incubators that were funded by foreign investments.

The mobile usage that currently stands at 53% and is also expected to increase to 64% by 2018.

This new disruption in the banking and financial services sector has had a wide-ranging impact. Some of the key service offerings that are seen to be emerging on the digital platforms include:

Such a growth has mainly been sparked with the rise in smartphones and willingness of the consumer’s to transact online. It has also been rapid due to the large market base, an innovation-driven start-up landscape, and friendly government policies and regulations.

40% of the population still are not connected to banks and 87% of payments are still made in cash. Additionally, as much as 90% of the small businesses are not linked to formal financial institutions as well.

These gaps in access to institutions and services often eventually turn out to become reasons for the development fin-tech solutions (such as funding, finance management).

Besides all that – India is slated to have a huge market of around 29 million small businesses and SMEs that would be contributing somewhere around 45% to the country’s industrial output and around 40% of the total exports. With such a massive market still untapped, growth in the lending space (and by eventual extension of all other financial start-ups) is eminent.

To justify that even further, according to YourStory Research (Oct 2016) – the lending space has gathered over $190 million in investments over the last two years, making it the second-most popular category to attract investors after payments.