BestBuy.com: One of the leading providers of technology products, services and s 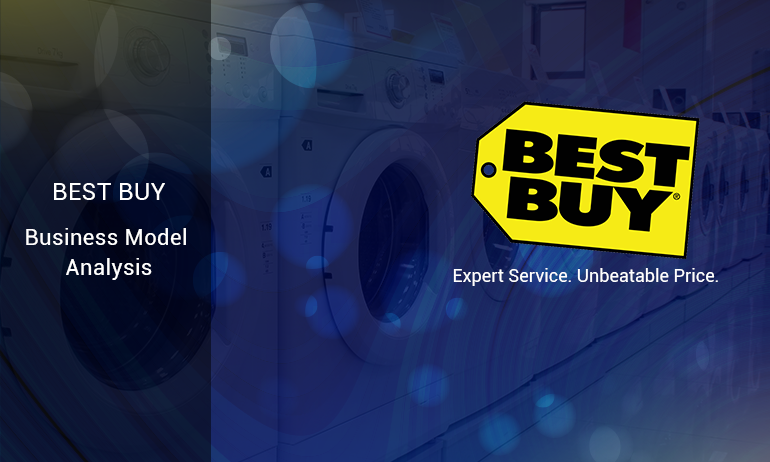 Founded by Richard M. Schulze in 1966 –– Best Buy is a consumer electronics corporation and one of the leading providers of technology products, services and solutions, in the world.

The company’s 20 largest suppliers account for about 70% of their purchases. Some of these key suppliers include—Microsoft, Apple, Samsung Electronics, Hewlett-Packard Company (HPQ), Sony, Samsung, LG Electronics, etc., who account for around 45% of the combined merchandise that is purchased by the company.

As of date, Best Buy holds operations in the United States, where more than 70% of the population lives within 15 minutes of a Best Buy store, as well as in Canada and Mexico, where they have a physical and online presence. And overall, they account for a total of 1050 (2016) stores and earn Revenues worth 42.568 Billion (2016) annually.

Talking about their online model – it works just like any other eCommerce marketplace, and all you need to do is, create an account on the site and follow the process!

The company had switched between several working models, before it reached the present one. They had initially started as an Audio Equipment Store named “Sound of Music” in 1966.

In 1983, Sound of Music was renamed to Best Buy Company Inc, and the model was shifted to a different concept of ‘Superstore Format’! Under which, they moved to 18,000 square foot stores, reduced the everyday prices, increased their advertising budget, and also expanded their product offerings to Consumer Electronics, Home Appliances, VCRs, etc., in an attempt to expand beyond their customer base of 15-to-18-year-old males.

In 1989, Best Buy moved from Concept – I to their newly formed – “Concept – II” stores! Concept II, basically replaced dull industrial-style stores with brighter and more fashionable stores. These stores had all their stocks on the Sales Floors, rather than in the stock rooms, had fewer salespersons and also used to offer more of self-help product information for its customers.

The best part about this concept was that Best Buy had dropped the commissioned sales people, and now worked in a commission-free sales environment that helped to create a more relaxed shopping environment, that was free from sales tactics used in other stores, which although, was unpopular with salespersons and suppliers, but eventually, they gave in.

In 1995, Best Buy initiated the “Concept – III” stores, which were much larger than their previous offerings, and included an expanded range of product offerings, interactive touchscreen kiosks displaying product information, product demonstration areas, and a lot more…

In 1998, Best Buy launched their most ambitious “Concept IV” stores, which helped them to rule the markets for a long time. The futuristic and innovative, yet simple, Concept IV stores were slightly smaller stores than Concept III stores, and included an open layout which had the products organized by category, cash registers located throughout the store, and had large areas for demonstrating home theatre systems and computer software as well.

More recently, the company has adopted a Turnaround Strategy to fix the dying company, which has led to a change their earlier Business model as well.

Let’s give you detailed insights about it…!

What was the Turnaround Strategy used by Best Buy that helped them come back?

Due to stiff competition from the rising Amazon, Best Buy had been going through losses since a while, and was on the verge of facing the same fate as their competitors Circuit City and RadioShack, of going Bankrupt and shutting down!

But unlike the others, Best Buy chose to fight back and adopted a Turnaround Strategy and called it – Renew Blue Strategy!

They started matching their competitors on price and also began offering a superior customer experience, which helped them prevent a significant fall in sales. And this price competition, which would have hit their margins significantly, was prevented by cutting down costs significantly.

They also streamlined their operations, established an online presence, closed low-performing stores and used all of them as distribution centers for online sales.

The plan was to turn around their operations by strengthening their relationships with vendors, revamp stores, increase same-store sales, eliminate all unnecessary costs, and aggressively grow Best Buy’s online business.

In 2013, they further announced a few more initiatives as a part of their Renew Blue strategy, which also included increasing their Supply Chain efficiencies and also reducing SG&A (Selling General & Administrative Expenses) costs.

The company not only exceeded their cost reduction target of $725 Million in 2014, but soon increased their target to $1 Bn, as well.

These strategies started to show results, not only by showing improvements in their revenue generated per square feet, but also by managing to reduce the financial leverage by about 20% from 3.67 in 2011 to 3.05 in 2014.

These factors also greatly helped in creating a positive impact on the company’s net profit margin, and by the end of 2014, the company had managed to turnaround a negative 8% ROE (in 2011) to a positive 8% ROE (Return on Equity).

Going ahead – the company is so encouraged with the success of their Renew Blue Strategy, that they are planning to continue their efforts in the FY2016 as well.

Who leads the Company?

With a staffing of more than 125k people, Best Buy was founded by Richard Schulze, and is currently led by Hubert Joly.

Born in 1941 and with a net worth of $2.6 Billion, Richard is the founder of Best Buy and currently acts as the Chairman Emeritus of the company.

Richard was born and raised in Saint Paul, Minnesota, and had dropped out from Central High School to pursue his dreams. He also has an Honorary Degree from the University of St. Thomas in Saint Paul. He was married to Sandra Schulze until her death in 2001, post which, he got married to Maureen Schulze. He has four children from his first wife and 6 from his second.

After dropping out from school, Richard had spent a good amount of time with the US Air Force at Minnesota Air National Guard, post which he had also worked with a Consumer Electronics as a Salesman.

In 1966, he mortgaged his house and using that money he founded an Audio Equipment Store named Sound of Music in Saint Paul. Since March 2013, he is the Chairman Emeritus of the company.

Richard also has a day designated on his name called – Richard M. Schulze Day, which is celebrated on the 9th of November 1991, and was conferred to him by the Governor of Minnesota Arne Carlson.

Hubert is the CEO and Chairman of Best Buy!

Born and raised in France, Hubert has completed his Bachelors in Economics from the Institut d’Etudes politiques de Paris in1983.

Soon after completing his studies, he started his career with McKinsey & Company as a Partner, and continued it for more than 13 long years.

In the next more than one decade, from 1999 to around 2012; he worked with two of the most reputed companies in their sector, at high level management positions, including: Vivendi Universal Games (CEO and EVP), and Carlson Wagonlit Travel (President, CEO and Director).

While at it, he was also a Member of Board of Directors for companies like The Rezidor Hotel Group and Ralph Lauren as well.

In 2012, he finally decided to grab at Best Buy, and joined them as their President, CEO and Director, and further climbed to become their Chairman and CEO as well.

Additionally, Hubert has also been honoured as one of the “25 Most Influential Executives of the Business Travel Industry” by Business Travel News magazine (2006 and 2009), as well.

Best Buy was founded in 1966 by Richard Schulze.

It was initially started as Sound of Music. He had first got the idea of the venture, while working at the Consumer Electronics store, post which, he mortgaged his house and founded an audio equipment store called Sound of Music in Saint Paul.

Success hit them immediately, and they were able to make $1 Million in Revenues along with $58,000 in profits in its first year itself.

In the next year, Sound of Music acquired Kencraft Hi-Fi Company and Bergo Company, and by 1969, Richard also bought out his business partner as well.

The success increased greatly in the coming years and by 1978, Sound of Music was operating 9 stores across Minnesota, and had also got listed on the NASDAQ exchange.

In 1981, the largest and most profitable Sound of Music store at Roseville in Minnesota was hit by a tornado, causing them a lot of losses. Richard, very intelligently turned the losses around by having a “Tornado Sale” of all the damaged and excess stock, in the damaged store’s parking lot. This Four-day sale made them much more money than it did in a typical month.

In 1983, after reaching $10 million in annual sales, Richard decided to rename the company from Sound of Music to Best Buy Company, Inc.!

They also changed their business model, by shifting to a Superstore Format Model which turned out to be one of the biggest successes of that year for them.

In 1987, Best Buy also debuted on the New York Stock Exchange, which further boosted their sales to $240 Million that year, and $450 million in the consecutive year as well.

Due to increase in stiff competition and decrease in profits; Best Buy, again changed their Business model to a new idea of ‘Concept II’ stores in 1989. This was followed by “Concept III” stores, in 1995, and “Concept IV” stores in 1998, as well.

During this transition from Concept III to IV stores, with growth in their popularity, Best Buy went on to open nearly 95 stores and also touched revenues worth $7 billion as well.

But, the Concept IV stores stole the show, and turned out to become one of the most revolutionary ideas for their company, which further helped them to rule the market for more than a decade.

Since then, the company unstoppable and grew massively for more than a decade. Some of their achievements during that period (between 2000 and 2014) included……

Other than that, this decade also saw an aggressive international expansion in various countries in Europe, Asia, South America, etc…

They also bought 50% of the retail division of The Carphone Warehouse (an England-based mobile phone retailer) for $2.1 Billion, and later leveraged this partnership to launch Best Buy Mobile, a Best Buy-branded mobile retailer as well.

This period also saw many CEO’s from Brad Anderson, Brian Dunn, and George L. Mikan III, come and go as well. But since 2010, with the rise of online shopping, Best Buy began to feel the pinch and, their revenues and profits began to fall drastically as well. This fall was not just related to specific products or market, but was seen overall.

After trying various methods and just when everybody felt that the company was on the path of having the same fate as the other dead competitors; Best Buy decided to call in Hubert Joly to take the command of the company as the CEO, and fix the problem.

He decided to bring in a Transformation Strategy called – – Renew Blue Strategy, which changed the whole game for the dying company. Thus, marking the mighty comeback of Best Buy!

And when you look at them today – with 1050 stores across the US, Canada and Mexico, 125,000 employees and Revenues worth 42.568 Billion, the company is back to its leading position!

From being a store that only sold stereos, to experiencing a near-to-death downfall, to finally becoming a leader of the market where every electronic gadget can be found; has been an impressive journey indeed!