Didi Chuxing: the company that is making Uber bleed $1 Billion a year! 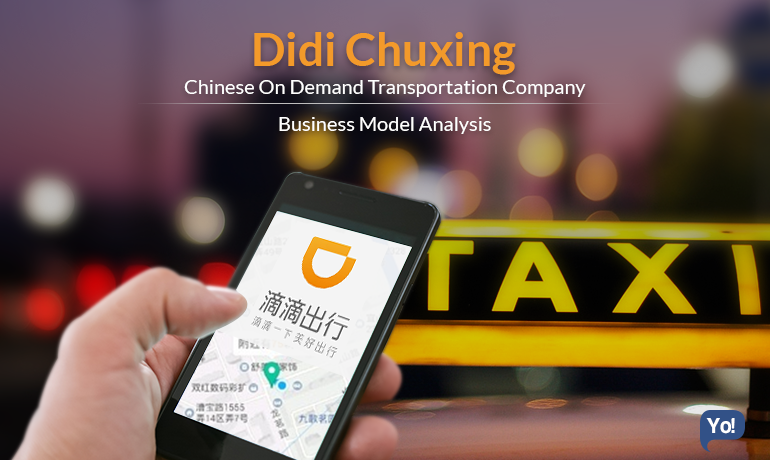 What is Didi Chuxing?

Founded in 2015 and formerly known as Didi Kuaidi – Didi Chuxing is an on-demand app for booking taxis, private rides, buses, and quite a bit more. Their business model or application is very similar to apps such as Ola in India and Uber.

It is like an all-round mobile transportation service platform that offers a broad range of mobile technology-based transportation options that also including taxi hailing, private car hailing, along with Hitch (social ride-sharing), Chauffeur, DiDi Bus, DiDi Test Drive, and DiDi Enterprise Solutions as well. Additionally, they also offer a white label bus service which is used by big names in China including Huawei and Lenovo to provide transportation for their employees.

It was formed from the merger of rival firms Didi Dache and Kuaidi Dache that were backed by two of the largest Chinese Internet companies, Tencent and Alibaba, respectively, and is now valued at approximately $28 Billion (as of June 2016).

Today, after the merger and with operations in over 400 cities across the country; Didi Chuxing virtually owns 99% of the Chinese taxi-hailing market and 87% of the privately-hailing cars market.

Overall, with nearly 300 Million customers and over 14 Million Chinese car-owners and drivers, 11 Million rides take place through Didi’s platform every day. In fact, their premium car hire service, itself operates in 61 cities with more than 40,000 drivers that service around 1.5 million calls every day.

How to call a taxi with Didi Chuxing?

Although, Didi Chuxing doesn’t have an English version of the app, but using the app isn’t really that difficult. All you need to do is: -

How did Didi Chuxing (Didi Kuaidi) rose to power?

It is hard to believe that Didi Kuaidi or now known as Didi Chuxing, a company with more than 250 million users and a value of around $28 Billion, is such a new company.

Till Jan 2015, in fact, the company didn’t exist at all. At that point, there were two separate entities – Didi Dache and Kuaidi Dache, competing with each other.

Didi Dache was founded by Cheng Wei in June 2012 in Beijing, and did about 5 Million daily rides in 178 cities across China till around March 2014. They had raised more than $800 Million in total from investors including the Chinese giant Tencent, Temasek Holdings, GSR Ventures, etc., and were valued at around $3.2 Billion.

While on the other end, Kuaidi Dache was founded by Joe Lee and Cheng Wen in Hangzhou around the same time in August 2012. Kuaidi had raised about $950 Million from investors including another Chinese giant Alibaba, along with Softbank, Tiger Global and a few others. However, they were valued at $2.8 Billion.

According to a study conducted by Analysis International and cited by Reuters, it was estimated that Didi controlled approximately 55% of the smartphone-based taxi-hailing market, while Kuaidi controlled nearly all of the rest.

A prolonged price war in an effort to gain a higher market share was resulting in growing losses for both the companies.

But when they heard the news that Uber is stepping into China, a cash-rich invader, the two domestic leaders decided to rethink their brutal war.

Thus began months of negotiations of a merger! Cheng (of Didi) and Dexter (of Kuaidi) secretly began meeting at remote locations and discussed about the pressures, insecurities and future of their existence.

But then again, a merger between two heated rivals wasn’t going to be easy. They even received complaints from members on their teams too!

The idea worked and on Valentine’s day of 2015, the two companies announced their surprise merger!

The merger created one of the world’s largest smartphone-based transport service company – called Didi Kuaidi (later rebranded to Didi Chuxing), which was valued around $6 Billion.

It was believed by many, that the motivation behind the merger was to keep away the competition that was going to be posed by Uber in the Chinese market, and also to scale up as a combined entity.

Additionally, the merger was also a result of strong desires from investors of both companies to stop bleeding from their cut-throat money-burning competition in the market.

This was further asserted when the development was announced soon after Uber secured backing to help it expand in China, from China’s biggest search engine Baidu, in December 2014.

As a part of the merger, since Didi was the larger of the two companies based on user numbers, they took the larger stake of something between 52 to 55%, which meant Tencent ended up owning a slightly larger stake than Alibaba in the combined company, also keeping in mind the valuations of the two businesses. According to Wikipedia, Didi’s founder and CEO, Cheng Wei, now acts as the CEO of the new entity.

The expansion of the two companies also attracted many more riders, drivers, money and many more opportunities of expansion.

Additionally, when the two companies merged, Alibaba and Tencent also began working together to back Didi Kuaidi with money and technology as well.

By September 2015, the company already had grown to attain a 99 % taxi market share and 80% of the private cars market share.

Cheng Wei is the CEO of Didi Chuxing (earlier known as Didi Kuaidi)!

He has completed his Bachelor’s Degree from the Beijing University of Chemical Technology.

Cheng formerly has worked for 8 years with Alibaba, which included being the positions of Regional Manager for Alibaba Group’s B2B service, and then Vice-President for Ali-pay’s B2C service.

While at it, just like thousands of white-collar Chinese, Cheng too used to find it exceedingly difficult to get a taxi. He often missed his flights just because he couldn’t get a cab during his business trips.

Fed up of this problem, he decided to get up and solve it for good. So in 2012, he left Alibaba to become an entrepreneur and enter the China’s nascent yet chaotic car-hailing app market.

In 2015, Didi Dache merged with Kuaidi taxi, making it the largest taxi app company in China, and he currently acts as the Chairman and CEO of Didi Kuaidi.

As opposed to his choice of industry, Cheng does not know how to drive, and surprisingly, he doesn’t even own a car too.

How is Didi Chuxing fighting Uber?

To begin with – aside various other factors, many market experts believe that Didi is destined to stay ahead of Uber for obvious reason being: they know the nuances of the Chinese market, much better than Uber.

Uber entered the Chinese market in August 2013, but since then, it has been losing more than $1 Billion a year to compete with Didi Chuxing, a combined entity, which controls more than 80% of the Taxi calling services market.

And even though, China’s biggest search engine Baidu (a direct competitor of Alibaba and Tencent) is backing Uber to fight with Didi in China; the competitors are very huge!

To strengthen themselves even more, in 2015, Didi Chuxing joined hands with India-based Ola, Singapore- based GrabTaxi and US-based Lyft to beat back Uber. The alliance has been formed to supposedly offer seamless ridesharing coverage for travelers in India, China, SE Asia and the US.

The company even invested a total of $3 Billion in Lyft, Ola and GrabTaxi, and all the apps of Tencent and Alibaba were also made available to all allied developers, too.

Additionally, with Didi has also linked their services to an app call Wechat that is developed and owned by Tencent, and has about 650 Million active users every month. People can easily access the taxi app using Wechat.

In such a short period of time, the company has also managed to create a financially strong war-chest by raising a total of roughly a whooping $10 Billion from some of them most power-packed giants including the most recent one from Apple, China Life, China Merchants Bank, along with existing shareholders Alibaba, Tencent, Softbank and many others, as well. This has boosted their valuation from $6 Billion to a massive $28 Billion, in a matter of just more than a year.

This money would be used to upgrade their technology for big data research and operations, along with improving their rider and driver experience and exploration of new business lines and opportunities, as well.

Other than that, the company is also seen to be very keen on seeing how they can make use of Artificial Intelligence in their business, and therefore, would be investing a significant amount in artificial intelligence to make the system smarter in matching cars with customers.

Today, with close to $10 Billion in funding, 7 Million daily rides in 380 cities in China and