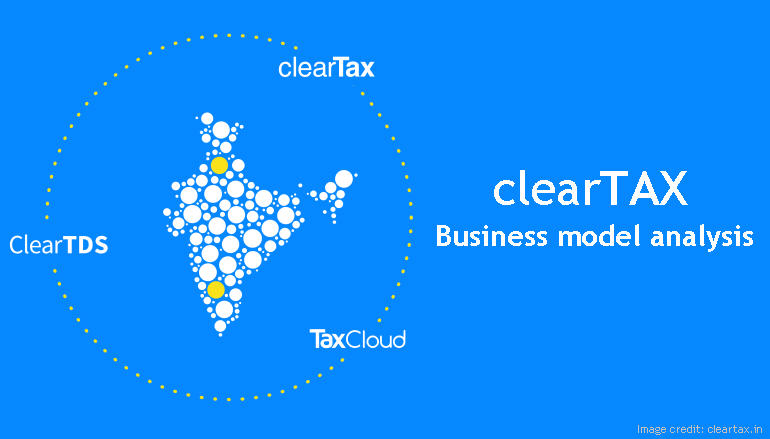 Unlike the government-owned Income Tax department’s excel/Java based software, ClearTax simplifies the process by offering the utmost simplicity and accuracy, and at the same time getting rid of the notion that taxes are complex; ClearTax has been designed to prepare and file their Income Tax Returns in about 10 mins.

Their website is especially designed for the Indian taxpayers that do or do not have the tax knowledge. Taxpayers can visit the website, upload their Form-16, automatically get the tax return filings prepared by the ClearTax software, and file their income tax returns by uploading Form 16 or by preparing the income tax returns on the website.

Other than Form 16, ClearTax also helps Indian taxpayers prepare for other income tax return forms like ITR-2A, ITR-2, ITR-3, ITR-4S, ITR-4, ITR-5 and ITR-6. A taxpayer can provide tax information like income from capital gains, other sources of income, income from house property, income from business or profession apart from income from salary, to prepare the tax returns.

Apart from that, ClearTax also offers this service to businesses; freelancers and small businesses, for now. ClearTax’s accountants help them claim expenses, which in turn can increase the amount of their tax return, by asking them questions over a phone call.

Along with that, the website also offers various tax tools for the laymen, including: -

Additionally, to help the users further, they also have different kinds of Guides & How-tos, as well.

Other than ClearTax, the company also offers two other products in the ‘taxes’ domain: -

Although, these services are completely free of cost, but if you require special or expert assistance, then there are paid CA plans, under which, ClearTax would connect you with many reputed CA firms across the country who are experienced and up-to-date with the latest Tax Codes.

As a whole, ClearTax is targeting the youth from the metro cities across India that ideally fall in the age group of 25 to 34 years, and are mostly from the IT and BFSI sectors. Additionally, they are also targeting freelancers and small businesses as well. these mostly include freelancers like programmers, designers, photographers, journalists, etc…

But according to their stats, one of the biggest growing markets for ClearTax are the Indian citizens that are currently living in other countries. ClearTax has a service that is specifically designed keeping their needs in mind and costs about $40.

Now, even though ClearTax is a B2C (Business to Customer) business model, but they use a B2B model strategy to find their users. They do so, by reaching out to large corporations, which in turn offer ClearTax for free or at a discount to their employees. Some of such corportations include: Royal Bank of Scotland, InMobi, Flipkart, etc…

Their business model as a whole is grand strategy of the company.

What we mean is that, even till date, most of the people face huge issues in paying taxes. They have no clue about the whole process. And talking to the IT department is altogether a different complex matter.

The government’s e-filing software is also observed to be very complex and with a lot of tax jargons, and since people need to understand which out of seven tax forms they need to fill; the whole process can be pretty overwhelming for the ones who are unfamiliar with income taxes.

Basically, complexity is the biggest problem of this space!

So by making the process of filing taxes free, easier, faster, with less steps and potential headaches, ClearTax has managed to simplify the whole process for the masses, to a very large extent. At ClearTax, you don’t have to download IT department’s file, no Microsoft Excel or Java required, all calculations done online, and many more like these.

Apart from the ones mentioned above, there are a number of clever things that ClearTax does to simplify the process, like: -

ClearTax has recently partnered with the Government of Karnataka for their m-governance platform — Karnataka Mobile One to provide e-filing services to all Karnataka citizens. Institute of Chartered Accountants of India (ICAI) has also partnered with ClearTax and launched TaxCloudIndia as an initiative for capacity building of CA firms and small & medium practitioners.

More recently, ClearTax has announced their three year-partnership with Union Bank of India (UBI), under which, ClearTax will offer free e-filing services to UBI employees and customers, and other tax-related services at discounted prices.

Together, ClearTax and UBI will also be running joint marketing campaigns to promote this alliance, and UBI will be promoting the adoption of ClearTax services in roughly 2000 branches across India too.

ClearTax was started by Archit Gupta along with his father Raja Ram Gupta in 2011. Srivatsan Chari and Ankit Solanki joined them later.

Raja Ram is a Chartered Accountant and is a Partner at New Delhi-based Rawla & Co., a chartered accountancy firm.

Raja Ram now acts as the adviser to the company, while Srivatsan is the VP – Business Operations and Ankit is the CTO.

While pursuing his bachelors, he began his career as a Research Intern with CINI Conosorzio Interuniversitario Nazionale per l’Informatica in 2005 for about a year.

In 2006, he joined the University of Wisconsin-Madison as a Research Assistant for about 2 years. While he was at it, he also joined Microsoft Research as a Research Intern in May 2007 for about 4 months as well.

After completing his education, he then began working for Data Domain / EMC BRS division as an Engineer in August 2008 and went on to work with them for about less than 3 years.

And then finally, in 2011, he started his own venture – ClearTax!

ClearTax was started in 2011. It all started during his days at the Silicon Valley!

He used to work for Data Domain during that time, which later got acquired for a massive $2.1 billion by EMC. During this period he had worked very closely with the start-up world and was exposed to the Silicon Valley start-up culture as well.

He got to learn a lot about the functioning of Silicon Valley during this whole cycle and was able to witness some of the things which he wouldn’t be able to learn otherwise.

In fact, even though, he used to work on research related to networks and routers, but he always wanted to be an entrepreneur and had a desire to start his own venture someday in India, as well.

This dream turned into reality in 2010, when Archit was trying to file his returns in India while working in the US, but faced huge difficulty and was unable to file returns online because the IT department utility was in Microsoft Excel sheets which wasn’t compatible with Apple Macbook back then.

Frustrated! This got the father and son to chatting on the phone about e-filing in India, and curious to see what the income-tax department was up to, Archit even tried to open the website (www.incometaxindiaefiling. gov.in) on his MacBook, but faced many difficulties.

The Guptas noticed that the website was not at all user friendly, especially for the ones filing taxes online for the first time.

That is when both of them decided to solve this pain point for good and made a venture out of it. Archit coded the software, while his father helped him with all the possible accounting issues.

And this is how they founded the company in February 2011, which then launched their first version of the product on 19th July of that year.

The fact that – Government is in preparations to make tax returns electronic for the nation soon, worked well in their favour.

The interesting thing was that, it was the fourth Indian start-up ever to be ever funded by Y Combinator, and was the first one to be focused on the Indian market.

Now, since their initiation, ClearTax had been self-funded and worked on a tight budget all along its initial years of operation, but soon, after coming back from the Y Combinator program, ClearTax shifted their base from Delhi to Bangalore to attract the best talent of the country, and aggressively began expanding.

By Jan 2016, they had even launched their own ‘Rent Receipt Application’ to help people living in rented accommodations, to reap its benefits on taxes.

And when we look at them today, ClearTax has reached to a different scale today. They had processed over 300,000 individuals tax return e-filings in 2014-15, which further increased to roughly 1.5 million users filing their returns using the website in the assessment year 2015-16.

They are currently a team of 55 people working out of two offices – Delhi and Bangalore, and are in preparations to hire another 150 employees by May 2016 as well.