Get around in India by hiring a car via ZoomCar, MiCar or CarzOnRent 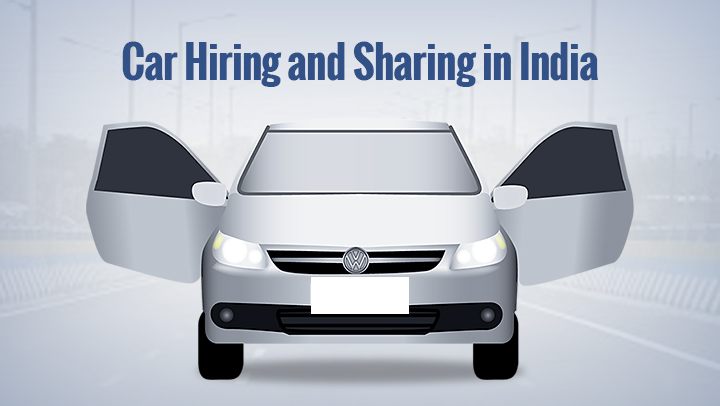 Unlike many countries, India is a place where owning a car is considered to be a status symbol. More than it just being means to solve transport issues, it shows how many bucks you have in your pocket. To substitute that many people used to and still opt for rented cars. Although renting a car can cause a dent to the monthly budget of many families but still people do it for the sake of show-off.

Whereas on the other-hand, developed countries have already surpassed the car owning and renting idea and have moved on to a more affordable model called “CarSharing”!

And it’s not that, it has been prevalent since a very long time, it has just been a few years since this CarSharing idea has got limelight! As per reports from Transportation Sustainability Research Center at UC Berkeley, till December 2012 there were roughly 1.7 million CarSharing members spread across 27 countries and by 2020 those figures will cross 12 million members. Presently, the CarSharing business makes roughly revenue of USD 6.2 billion. And ZipCar which recently got acquired by Avis group for about USD 500-Million is said to be leading the race globally.

So that’s the status of CarSharing across the world!

Now coming back to India, as much as people love owning / renting / driving a car, the numbers still suggest the opposite which is because of various reasons and the one-stop solution for all is – “CarSharing”!!!

While the CarSharing industry is still in its nascent stages and is growing equally fast, the car rental market accounts to a USD 4 billion annually which obviously suggests that the business does have scope.

Although, the famous Auto-Rickshaws still and will continue its dominance in many metropolitan regions but CarSharing will also get its share of customers eventually. And economically speaking, a person who opts for CarSharing saves upto $3000 annually as compared to owning a car thus proving it beneficial.

Presently, the top contenders who were the pioneers and are also ruling the CarSharing industry are ZoomCar, MiCar & CarzOnRent! These are also the only companies offering CarSharing.

Let’s give you a brief know-how about these CarSharing companies!

Formally speaking, ZoomCar as the name itself suggests is a company excelling in CarSharing model in India. It was initiated by David Back and Greg Moran in 2013 in the IT city of Bangalore. It is also the first company to start the membership-based, self-drive car rental service in India. It offers multiple plans within the hourly, daily or weekly window and the reservations can be done either through their website or app only. They also charge a small security deposit!

The process of reserving a car from them is pretty simple! All you need to do is:

Signup through the site or app

Make the payment either through your debit or credit card

And collect the car which covers the charges for Fuel, GPS, and Insurance.

Although the company does not want to disclose their revenues but it was estimated that in their first year itself they made INR 15 lakhs in revenues. Now so far, ZoomCar has raised a total amount worth USD 10.9 Million in 4 Rounds from 9 Investors as reported on crunchbase.com. As of October 2014, they operate more than 250 cars in Bangalore and are considered to be the 2nd largest car-sharing company in the developing world after eHi in China. Presently, they have their base in Bangalore & Pune and are in plans to soon expand to cities like Delhi, Mumbai & Chennai.

MiCar again is obviously a CarSharing company which was founded by Suyagya Agrawal recently in June 2014 in Delhi. MiCar offers a 24/7 self-driven CarSharing platform which can be booked by members through their website. Their charges are pretty simply defined and are on the basis of time the vehicle was used for and kilometers (miles) travelled.

The benefit here is that, the fuel costs are taken care by the company itself. 4 hours is a minimum timeframe the car/s need to be hired for and can be picked up at multiple spots. Unlike others they provide a grace period of 15 minutes and request to book the car after calculating the variables. A minimum security deposit is charged for the members and all their transactions are strictly done online. What is unique here is that they offer a Pan-India emergency roadside assistance to reach you in case you are stranded because of the vehicle failure or can call them on +91-11-4110-8110.

If you are 23 years or above, have a valid debit card or credit card along with a valid driver’s license and last 31 day’s credit/debit card statement then all you got to do to hire a car is:

Once you reserve the car you will also get an instant confirmation message and 30 minutes before the start time you will get the exact details of the car and its location.

If you choose for “Car Delivery” then their Mi-jockey will meet you at the given address and after swiping your card the time will start.

The company being very new thus cannot say much about the revenues but MiCar presently has its business in Delhi, Noida & Haryana with a fleet of 50 cars. It soon plans to expand to cities like Bangalore, Pune and Hyderabad with a fleet of more than 600 cars within the next one year.

Last but not the least; CarzOnRent is India’s largest CarSharing Company which was founded by Rajiv K. Vij in the year 2000. Till some time back the company only focused on providing cars for rent like many others. But as it saw the growing trend of CarSharing it added the same to their existing business model, named ‘Myles’ and thus currently operates their business with a fleet size of 7,500 cars out-of-which 250 cars are dedicated to Myles covering New Delhi, Mumbai, Bangalore, Hyderabad, Ahmedabad, Chennai, Gurgaon, Jaipur, Kolkata, Noida, Pune, Ghaziabad and Faridabad. Since the launch of their self-drive option, their 24/7 service has seen a huge demand.

Apart from that, the company also offers various other services such as car leasing facilities across the country, corporate program, airport transportation services, outstation and local car rental services, etc!

If you’re age is 23yrs with a valid driving license, you hold a Voters ID/passport & a credit card and an active credit, debit card or net banking service; then to book a car for self-drive service, all you have to do is:

Since their inception the company has raised three rounds of investment. In 2005, CarzOnRent India received their first INR 6 crores from SIDBI Ventures, for a 10% stake. Then in 2006, Sequoia Capital invested USD 6 million for a little less than 20% stake and lastly in 2011 they raised INR 36 crores from the private equity fund BTS India.

Presently, CarzOnRent caters to 6,000,000 customers annually and their cars drive over 100,000 kms a day through 15,000 trips across the country. Estimates suggest that they will reach INR 300 crores in revenues by the end of the current fiscal post which they intend to invest INR 400 crores over the next 3 years to increase their present fleet for Myles to 5000 cars.

Now it is pretty evident that the CarSharing model is soon beginning to flourish in India but with that many questions are also being raised. What will be the future of Car Manufacturing & Car Renting Industry? Will the car rental industry also move to the CarSharing model? Is this the near-to-perfect solution to common man’s dream of owning a car in India?