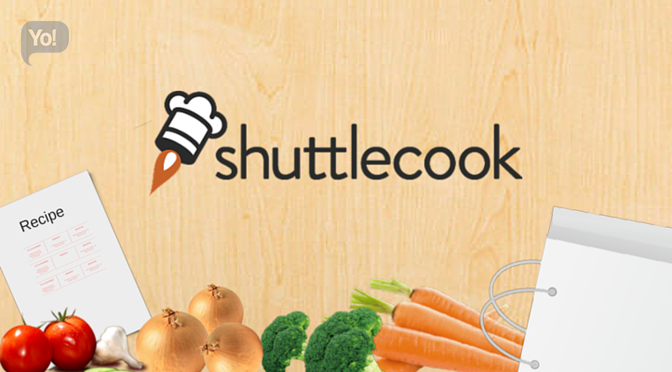 There are certain tabooed businesses which no one dares to touch; one of such is a “Recipe-kit modeled business” – wherein they provide delivery of fresh ingredients! This is one kind which has been tried several times by many companies in the past but fortunately or unfortunately most of them have succeeded to fail. Some of the most famous failures who bravely tried this model and lost the battle are; “Housebites” who recently got shut in February and “Dinnr” which intelligently tried to offer same-day delivery but because their demographics of the industry were not clear they fell.

One of main reasons for these startups to fall was that their model was a “classic case of a solution looking for a problem” – Brilliantly quoted by Dinnr co-founder Michal Bohanes. But much to everyone’s surprise, presently there are two companies who have successfully mastered the basics of this business and are thus surviving. One of them is Rocket Internet’s HelloFresh who has recently managed to raise over USD 60 million, making it the clear winner and the other one is Gousto who has also raised funds but only worth USD 8.3 million in September.

The latest entrant in this category is cofounders Simon Edwards & Robin Bilgil’s – “Shuttlecook”!!!

Now, with these huge ruthless honchos ruling the market, the launch of Shuttlecook makes it even more interesting to watch because they in some way have a concept to offer that is similar to that of Dinnr.

Interestingly, although they are now running a recipe-kit model but they had first approached Ignite100 (one of the topmost accelerator programmes in Europe), with another business altogether called Parsly. While they were solving a problem of sourcing ingredients for cooking quickly and efficiently, they after speaking to their mentors realized that their approach to it was completely wrong. That’s when they got the idea of Shuttlecook and as they were both technically sound and enjoyed cooking, they thought of taking it up as business.

Anyway, let’s give you a briefer outlook of their functioning!!!

To begin with, Shuttlecook is a model which daily offers a single recipe and fresh ingredients that are delivered to their work place for the evening meal. They have presently launched the service only within the NE1, NE2, NE4, NE6, NE7 and NE8 (NE = New England) postcodes but they intend to expand their reach as soon as possible.

“How” and “What” of ordering food from them!!

Visit the website, enter your postcode and check if delivery is available in your area. If it is, then give them your cell number to receive daily texts of the menu. If you like the carte du jour, then book the order and select the best suited time slot for delivery and if you want it on the same day then the order needs to be placed before 3 pm which will be delivered to your home or office address between 11am-7pm. After the order is placed, the partners-in-crime go out for ingredient shopping mainly from Newcastle’s Grainger Market and some other local stores and then the orders are shipped. The order you receive comes with a label and is also measured in advanced to give you the exact amounts required.

It is free to sign-up for their service but ordering food costs £6 per head, regardless of the ingredients involved.

Lastly, they work from Monday to Friday only.

What makes them different from its potential competitors – HelloFresh or Gousto is that Shuttlecook is far more developed when it comes to the base model. According to the founder duo, their real competitors are the convenience stores that people stop-by at while on their way back from work; which is actually true!

The beauty of this model is that, Shuttlecook provides a flat single item for the menu with a daily service and that too without any subscription. This reduces their costs of planning, preparing and thus as a whole bringing down their expenses which otherwise could have been an unbearable figure. Now, the idea was never born with a bulb lighting in their heads, rather it was a solution which was narrowed down after extensive hardwork and research. So in the end, what really matters is the how the whole package i.e. the base of the foundation, the execution of the idea and lastly and most importantly how do the masses respond to it. And by tweaking their business, they believe that they have managed to solve the aforementioned problems that the former failed businesses faced. They have launched this model with an extremely difficult aim to change people’s eating and cooking habits.

With the increasing demand, Shuttlecook is now in the process of hiring for various positions and also intends to increase their marketing activity. Also, once they decide to expand to another city, they will be raising funds for enhancements and expansion.