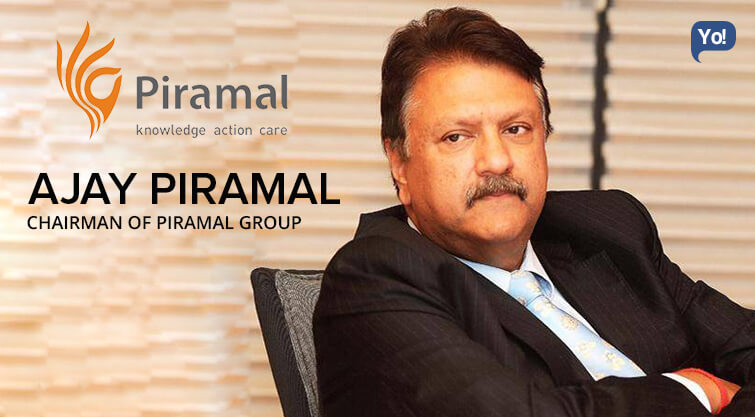 Born on the 3rd of August 1955; Ajay Piramal is the founder of Piramal Group. With a personal net worth of more than $2 Billion, Ajay today is counted amongst the Top 50 richest people in India.

His Piramal Group, under his leadership has grown on to become a diversified multinational corporation, which has a presence across 100 countries across various sectors such as pharmaceuticals, packaging, financial services and real estate.

And he is also the Chairman of ‘Pratham’ – the largest NGO in the education sector in India, which reaches out to 33 million children through its “Read India” campaign.

Apart from his Corporate accomplishments; Ajay also actively helps the Indian Government at various levels like: -

Married to Swati, Ajay has two kids – Anand and Nandini and also holds an undying love for wildlife photography and writing, which he tries to pursue in his free time. 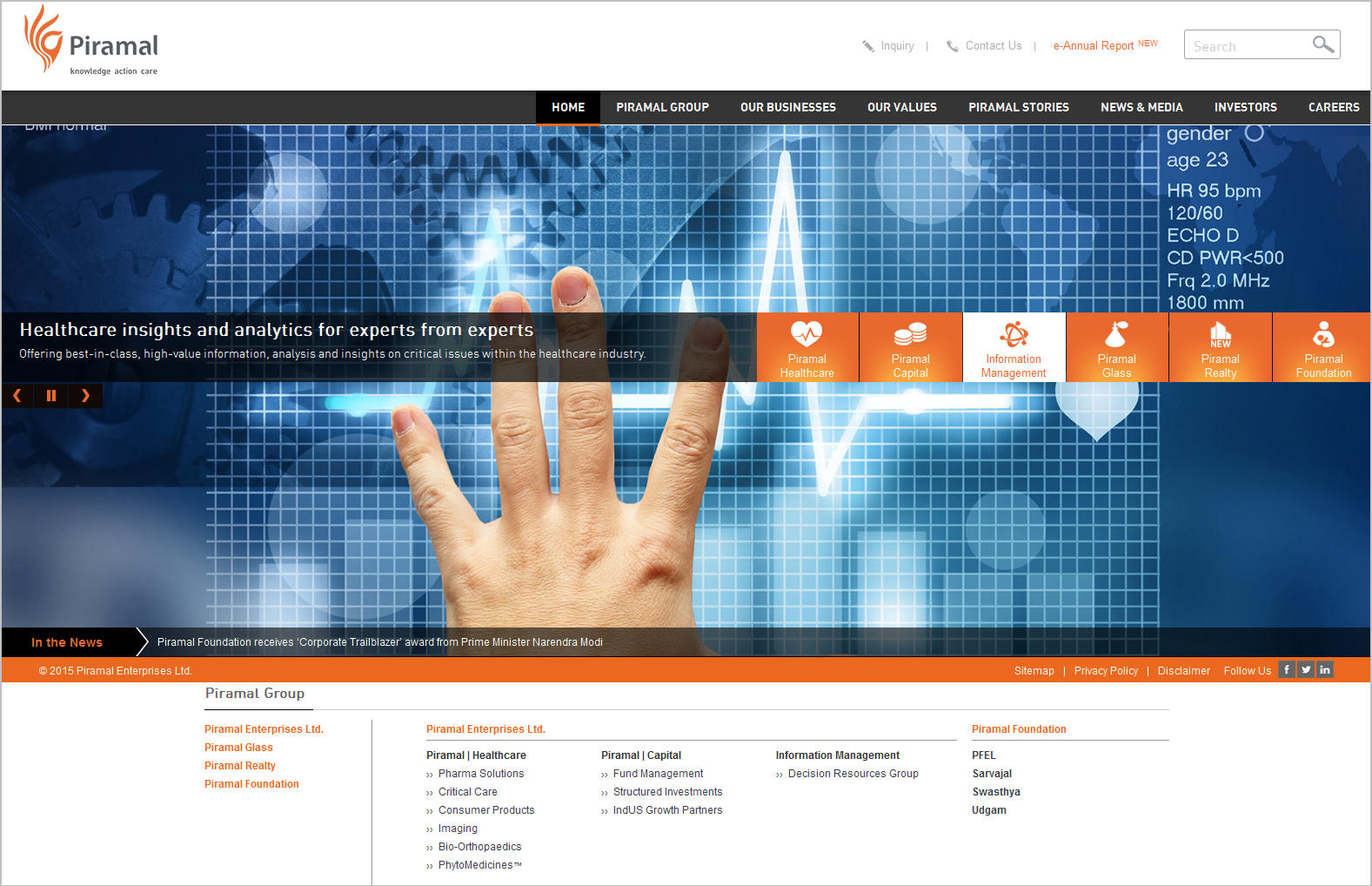 TRIVIA: - Ajay has also co-authored a book about management lessons called ‘Light has come to me‘. It is inspired from The Bhagwad Gita, and has been published by the Times Group.

The Early Age Difficulties That He Went Through..!

Most of the difficulties that come in life, come for a purpose; they come to train you and prepare you. For a task that you are destined to fulfil. And as much as these difficulties look heart-breaking, unfortunate and unbearable, but everything happens for a reason, and they too only come to make you stronger.

Similar was the case for our hero. Even with a well-settled family background, Ajay had to go through a number of difficulties, to become what we see today.

The year was 1977 and Ajay was just 22. He had completed his MBA from Jamnalal Bajaj Institute and had just joined his father’s textile manufacturing unit. Things were fairly going well, but this was still a very nascent and learning stage for Ajay.

With a blink of an eye two years also went by, and just when the struggle to get a hang of the textile trade had reached its peak, is when the inevitably happened. In 1979, his father died in New York.

To worsen things even more, for unknown reasons his elder brother Dilip too, decided to part ways from the family business in 1980.

He took the better-performing plastics and luggage maker ‘Bloplast VIP Industries Ltd’ with him, leaving Ajay and his brother Ashok with the Textile business at Morarjee Mills and the newly acquired ‘Miranda Tools’, which used to make precision cutting tools.

Now if you think this was bad enough then, the worst was yet to come because, just 16 days after the separation, all the textile mills in the city were forced to closed down due to a strike led by Datta Samant, which went on for over a year.

And this was followed by another huge tragedy in their family, when his brother, his only support died of cancer in 1982, leaving behind his young widow, Urvi and their three children.

This is when he decided to take control of the Business, and made sure to turn around everything for good.

The Day He Took Control of the Empire…!

How did the exit from the Textiles Industry and entry into the Pharmaceutical Industry happen?

Soon after he took control of the business, looking at the way the industry was moving, the first thing he put into action was the process of moving out of the textile business.

Yes, the textile industry indeed had a good future, but because of the ways the policies were fashioned, and because it was also an industry where commodity and cost were the only players, large companies just could not be successful.

And, since he didn’t have the relevant knowledge of all the fields, he knew for a fact, that the only way to grow was to acquire companies in the relevant fields. Hence, in the same year, Ajay began his acquisition drive.

Now what they were looking for was an industry which was still rising and had a future, where a large player could be successful.

But Ajay also strongly believed that – “the best acquisitions are the ones where you find, that there are some issues which others cannot solve, but you can”!

This drive of theirs was initiated with the acquisition of Gujarat Glass Limited. The company used to manufacture glass packaging for pharmaceutical and cosmetic products.

While into it, he had understood that the next boom that will happen in India would be in the pharmaceutical industry. Hence, the next in line was Nicholas Laboratories.

Now this is an interesting story!

In 1988, Ajay had heard from a friend that an Australian MNC called Nicholas Laboratories, was planning to exit from India and was intending to sell his company here. Obviously, there were many bidders that too from the industry, but nevertheless, Ajay decided to meet the man in-charge of the sale – Mike Barker.

Very bluntly, he told him that he was just 33 years of age, didn’t belong to this industry and did not have any track record to show him as well, but what he did have is the confidence of achieving his dream of putting Nicholas from the 48th to amongst the top five Pharmaceutical companies in India.

Now even though, Mike laughed and didn’t believe in his idea but eventually he sold the company to Ajay, he heard out his untried turnaround plan.

The total market capitalisation of the company was somewhere around just 5-6 crores and their investment was also not very huge, so none of his family members minded the purchase either. They didn’t even think that it could be a significant portion of their business.

Now this was the time when many multinationals in India were very worried about India; about the drug price control order, about all the intellectual property issues, and a range of other issues.

As a matter of fact while the deal was in process, Nicholas Labs themselves seemed very scared of some excise or contingent liabilities which they had found in an agreement that they had done with another multinational. But when Ajay evaluated them, he realized that those liabilities barely had any chances of occurring.

Anyways, soon after the acquisition of Nicholas Laboratories, under this banner itself, the company went on a spree of acquisitions like the Indian subsidiaries of Roche, Boehringer Mannheim, Rhone Poulenc, ICI and Hoechst Research Centre which eventually grew the company to become listed amongst the top five pharmaceutical companies in India. In 2010, Nicholas had reached the highest valuation in the whole of pharmaceutical industry.

After staying under the radar for a while, the company made a comeback with a range of JV’s, Acquisitions, or for that matter new development, to strengthen their presence even more, over the next decade. Some of these included: -

Additionally while they were at it, the company also formed ‘Piramal foundation’, a philanthropic arm of the group.

But the biggest development was yet to come!

After staying under the radar for a while, the company made a full throttle comeback with a range of JV’s, Acquisitions, or for that matter a range of new development, to strengthen and widen their presence even more, over the next decade. Some of these included: -

But the biggest announcement had taken place in 2010 when Piramal Healthcare sold their domestic formulations business to US drugmaker Abbott for a whopping ₹17,000 crore.

This was considered to the most expensive deal in the industry. Ajay decided to sell this business division that was making revenues worth more than ₹1,800 crores was solely because of the valuation he got.

Anyway moving ahead, in 2014 Piramal Group had spent nearly ₹2,014 crore to buy a 20% stake in Shriram Capital Ltd, an arm of the Chennai-based Shriram Group which has more than 9 million customers, over 50,000 employees who are spread across 2600 offices, and assets under management in excess of ₹78,000 crore..

This was up and above their investment of ₹1,636 crore for a 9.9% stake in Shriram Transport Finance Co. Ltd.

More recently, the company has stepped up their involvement in the group’s existing financial services businesses and have also seen to be aggressively preparing for a mega-merger with Infrastructure Leasing and Financial Services Ltd (IL&FS).

A company would be created by the merger and with a 35% stake, Piramal would become the promoter. The new company would be a multinational with a net worth somewhere around ₹14,500 crores and a debt of ₹65,000 crores.

If and when this mega-merger takes place, it would make Piramal one of the biggest investors in infrastructure and infrastructure financing in India.

And lastly, another huge announcement that has come at a time when good news is flushing in, only helps more to sweeten the moment even more. The company has announced that recently their real estate business, Piramal Realty has also managed to raise ₹1,800 crores from Warburg Pincus – the New York-based private-equity firm, in against for a minority stake in the company.