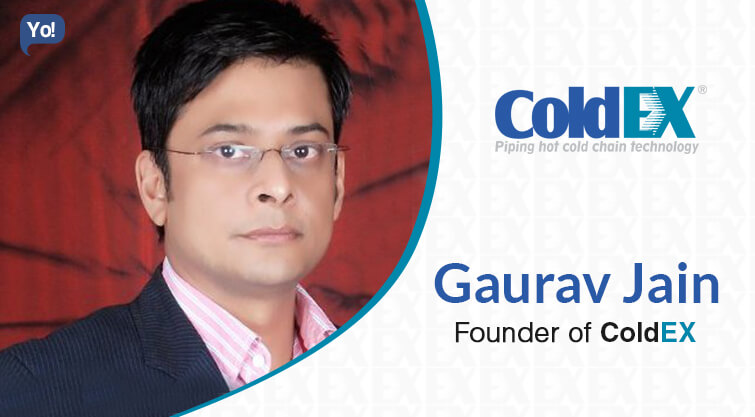 The media shy, yet a very respectable name in the industry – Gaurav Jain is the founder of ColdEx Logistics.

ColdEx is known to be one of the most trusted names in the logistics market in India which offers a complete solution to all temperature controlled supply chain requirements to all the corners of the country.

With clients including some of the most reputed names in the global entrepreneurial chain of QSR’s, Confectionary, Food Processing, Pharmaceutical, Meat, Poultry, Fruits and Vegetables, ColdEx is India’s premier cold chain company.

Talking about the man; Gaurav is one of those who have been at the receiving end of many problems since an early age and has managed to grow out of them with success. And he is just an MBA (from Scindia School)

Although Gaurav has been born and brought up in Gwalior itself, but his father Om Prakash Jain (a well known man in the city) had migrated from Agra to Gwalior in the early ’60s.

His father had started his career as a clerk in the Accountants General’s office in Gwalior and over the period of time had moved on to the coal trading business. In 1997, his father started Swastik Roadlines. It was initially a dry logistics company only.

These business ventures not only gave him both riches and fame, but also helped him build a base for his son.

And by the time Gaurav came back completing his studies, his father was in plans to set up a factory for his only son. But Gaurav decided to otherwise!

The junior Jain decided to first make use of his education and joined a company called MTR Steel  in their automation division for about 10 months.

After this brief stint of his, an opportunity in the Marketing section at Swastik came up. Primarily a trucking and trading business, apart from marketing, his father also wanted him to keep a check on the cash the company was generating. Plus he had the luxury of travelling and meet a lot of people, which lured him in and he joined.

Gaurav took control of his position in 1999. This was when the company was doing very well and had more than 23 trucks.

But none of the founders foresaw the tide that was coming towards them, which led to the rise of our hero – Gaurav! 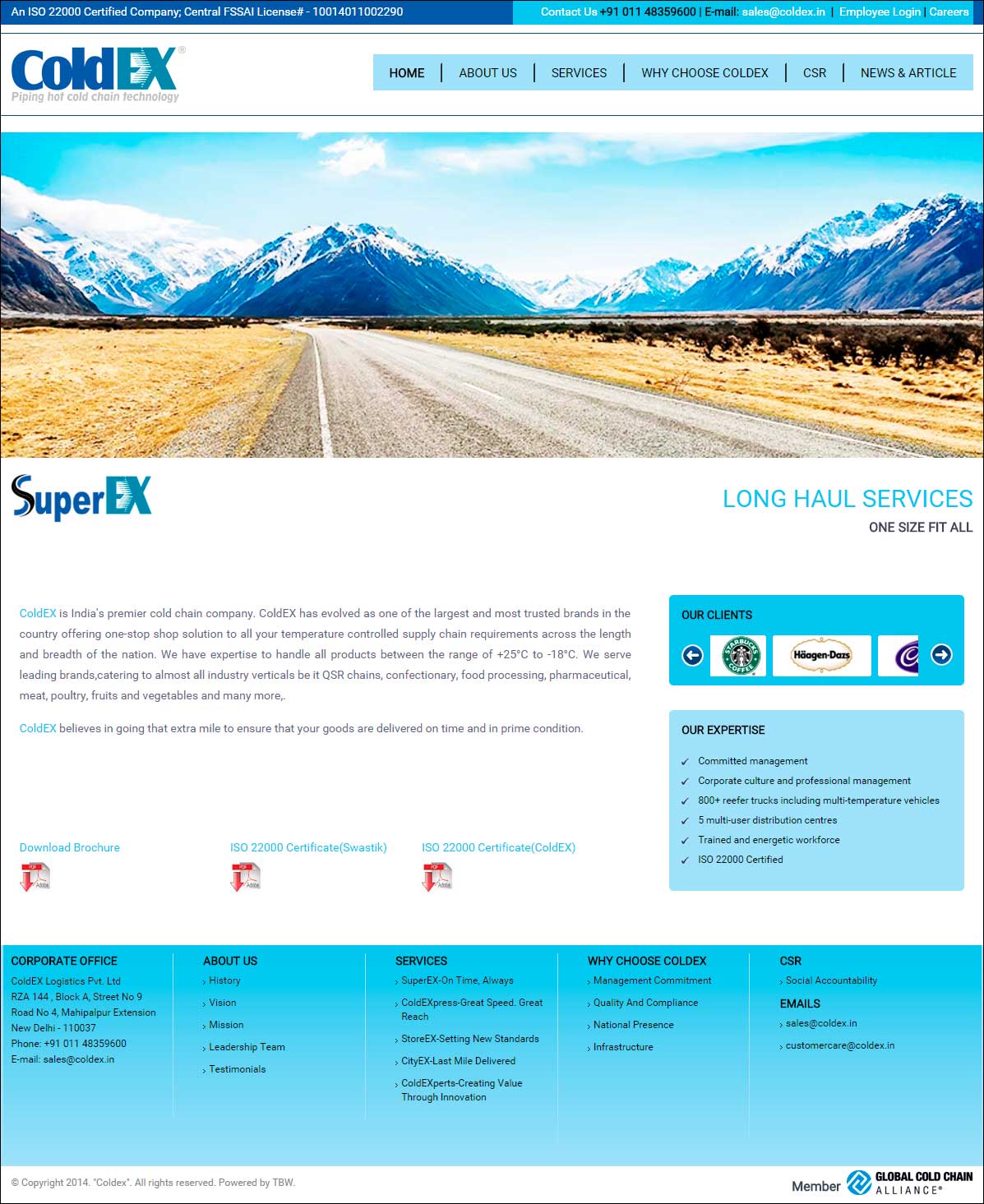 Swastik Roadlines – The beginning with a fall!

Ever since the start of the company, the firm was majorly dependent and had grown with the help of one single customer—JK Tyre! More than 95% of Swastik’s business used to come from JK itself.

But soon after Gaurav joined in 1999, the unthinkable happened.

JK Tyre their main client’s management had sacked their local Vice President at the company’s plant in Bammore (Gwalior) because of several wrongdoings done by the VP.

Now the problem was that the man who they fired turned out to be the only contact point they had in the company. He was the only man they had maintained their relation in the company with. So when he got fired, JK also asked to break all the relationships that the man had made, and hence the contract with Swastik was also cancelled.

One night they slept as kings, and the next morning they were out of work. And because of this, all the fancy marketing stunts and experiments also had to be stopped and Gaurav had to take the driver’s seat in the company.

Since then, Gaurav went picked up the task of fixing the mess and for the next few years he began building a dry cargo trucking operation. The good thing here was that, it was an uncomplicated business. All you needed to do was, walk into a factory, meet the person who handled the operations and looked for cargo. This cargo could be anything from finished goods to raw materials.

This was also the time when the industry was pretty unorganised in its own way, and procurement was not a centralised activity as it is today. For one to get business, instead of going to the company’s corporate head office, they had to more from one factory to another.

Enter ColdEx – The Rise of the fallen…

Now it was pretty understandable that getting into cold chain logistics was never their goal or even a thought in their heads. It was all a matter of coincidence and luck.

In 2002, one of their client’s Cadbury India had got stuck in a crisis where worms were found in a few of its confectionary products like Dairy Milk, Perk, Gems, etc.

Now these were the days when raw materials for such items of Cadbury used to be transported in open containers which had no temperature control. In industry terminology, it was called Ambient Temperature. So after this issue, the company had gone into a aggressive plan to fix this whole problem for good.

During that time while Swastik was doing Cadbury’s dry cargo movement, Kausar (a cold chain company) used to handle their cold chain supply at their factory in Malanpur near Gwalior.

At the factory, Gaurav happened to see that little trucks were coming in and picking up confectionary. But what he noticed was that not even 40% of the truck was being utilized because it was such a light cargo.

What Kausar was doing was they were running heavy duty reefer trucks to which were meant to carry meat, for these light items. They were not meant for confectionary items. And with that, he instantly understood that this was not going work. So it was very easy for him to understand that that won’t work.

Seeing that, he spoke to the Operations Head about that and pitched the idea he had in mind. Cadbury agreed to a trial run.

Going by the strong gut instinct Gaurav had, he approached three banks to finance 10 trucks each, and bought 30 reefer trucks in total, for an investment of Rs 6 crores (three times more than the cost of a normal one). And after doing the technical tweaks he had in mind (and were missing), Swastik did the trial run in 2005.

Same 10 wheels, same truck, same carrying capacity, same price, but Gaurav was able to carry 60% more cargo for Cadbury. Cadbury was pleasantly surprised (and shocked) with the results. By implementing this strategy, Cadbury was saving more than 40% on shipment cost. And he got their cold chain work contract.

Thus marked their entry into the cold chain logistics by the name of ColdEx!

From here onwards, the company went on to get contracts of big brands like Britannia, Nestle, Danone, Haagen Dazs and many others.

And doing so, by around 2004-05, Gaurav had managed to bring the company to its former glory, and Swastik now was moving cargo for a range of big brands.

Later the company also started logistics operations right up to the retailer’s doorstep as well.

In 2012, ColdEx began their growth model by investing in a call centre to track its vehicles 24/7 and, in the next year the company hired Sunil Nair as their new CEO.

Sunil was an independent consultant for three years, after which he had spent more than a decade in a logistics company called Radhakrishna Foodland (catering to clients like McDonalds, India) as Vice President.

Hence, he was brought in by Gaurav to help him shape the business into an integrated player in the cold storage supply chain market.

In less than a year, Sunil successfully shifted ColdEx’s business model from a transport company, to becoming a one-stop shop for the supply chain needs of all our clients. By tailoring solutions, ColdEx was also able to provide an end-to-end support for inventory management to their clients.

In 2014, ColdEx also managed to bag one of their biggest clients for integrated services in the QSR sector: Yum! Brands (which operates KFC, Pizza Hut and Taco Bell in India).

And by the year end, ColdEx also managed to bag another huge name in the QSR (Quick Service Restaurants) world – Burger King. Burger King was making their entry in the Indian market and they gave ColdEx a chance to provide an end-to-end solution at a national scale. They were also the first clients of ColdEx who gave them this national scale opportunity. 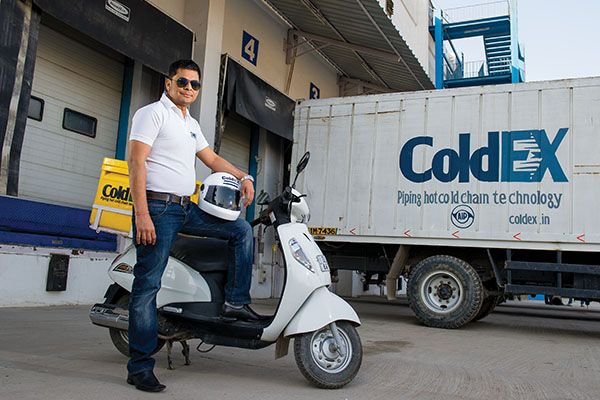 By now ColdEx had become one of the leading cold storage transport players in the market and were carrying goods for confectionery makers, QSRs and even pharmaceutical companies, where products required sub-zero degree temperatures.

From a turnover of Rs. 106 crores in 2012, the company had jumped drastically to a top-line of more than Rs. 200 crores, and was also clocking a 35% growth in sales annually.

They now have six warehouses (five leased, one owned), and are also planning to increase their cold storage capacity from 6,000 pallets to 30,000 pallets over the next 18 months (Pallets are planks [wooden, plastic or metal] that are required to store edible items in cold storage warehouses.)

With more than 800 reefer trucks which also includes multi-temperature vehicles, the company has expanded largely and now also offers an assortment of services like SuperEX, ColdEXpress, StoreEX, CityEX, and ColdEXperts.

The only competitor the company now has is Snowman Logistics, which has a total market capitalisation of ₹1,474 crores, but what makes ColdEx superior and unique is that unlike other players, they offer integrated solutions.

In their whole life span, the company has raised a total of $10 Million from IEP (India Equity Partner) in against for a 27% stake in 2010.