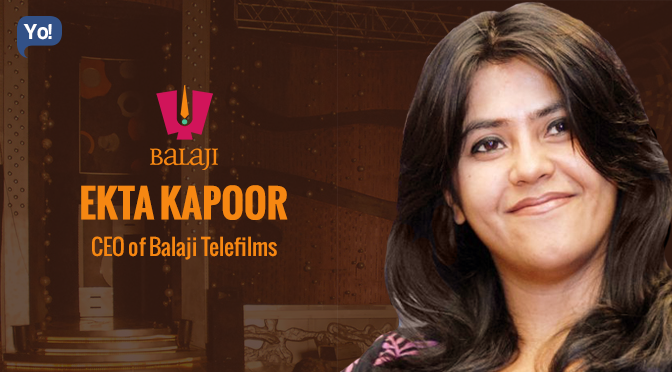 Born on the 7th of June 1975; the queen of soap operas – Ekta Kapoor is one woman who needs no introduction!

Having completed over 15,000 hours of television content since inception; there is no single soul in this country or for that matter in the continent who has the guts to compete with her.

And quite frankly; by single handedly earning her stature in the industry, Ekta has become an unmatchable example for the entire woman race along with all the aspiring young creative minds and entrepreneurs too!

Personally, Ekta has completed her education from Bombay Scottish School, Mahim and had attended the Mithibai College. Her family combines of: the highly acclaimed superstar actor Jeetendra & his wife Shobha Kapoor and the younger brother & Bollywood actor Tusshar Kapoor.

Lastly, some lesser known facts about her are that; Ekta unlike other girls is a mommy’s girl, loves chocolates & animals, is a die-hard party animal, and has a completely whacky sense of humour!

Like most of us know that Ekta started at quite an early age but what many don’t know is that, it was 17 and not 19!

At the age of 17, she had first tried her hand to work with Kailash Surendranath – the ad/feature-filmmaker, but was unsuccessful.

When she turned 19, her dad – Jeetendra was offered a mouth-watering business deal by an old friend Ketan Somaia – owner of Dolphin Group. He had recently bought a Europe-based South Asian TV channel called ‘TV Asia’ from the god of acting – Amitabh Bachchan and offered Jeetendra the opportunity to create shows for the network.

Obviously, excited by the offer’s scope, Jeetendra asked the women of the house to take up the task!

Hence, after completing her bachelor’s degree in Commerce, Ekta under the advice and financial backing of her father, began her production house – Balaji Telefilms, in 1994 (that name was used because Jeetendra had huge respect & love for Tirupati Balaji temple).

Now although, she had began with huge hopes but unfortunately her first six telefilms pilots and three filmed ventures had turned out to become drastic failures, and only in 1995, when she launched the television serial – Hum Paanch, did she receive the much needed success.

Ekta Kapoor is the founder & Managing Partner of Balaji Telefilms Ltd which was founded in the year 1994. Apart from her; her father Jeetendra Kapoor acts as the Chairman of the firm and her brother Tusshar Kapoor is a sitting director in the company. As per the stats mentioned on Wikipedia; Balaji’s revenues in 2014 were INR 4.2544 billion (US$67 million) whereas their net income was INR 0.10 billion (US$1.6 million).

Since the very beginning; Balaji has produced many & highly popular soap operas, some of include: –

And being in the movie industry as well, they have left behind their mark with some of the highest grossing movies such as: –

Ekta put on the Entrepreneurship boots on 10 November 1994, when she incorporated her company as Balaji Telefilms Private Limited.

She had a simple and sole objective of making television software including serials and other entertainment content. And their specialisation lied in formatted programming, which could be adapted for different languages domestically & globally.

Her first stint – Hum Paanch, was the one which got her immense success and recognition. It was a story about a family of 5 sisters & their parents which had an unusual comedy surrounding it.

It was after the success of this serial, that gave her and Balaji a different level of stature in the near-to-dead telefilms market!

After airing Hum Paanch for a few years; Ekta launched her & Television’s most popular and most ran serial “Kyunki Saas Bhi Kabhi Bahu Thi” in the year 2000.

The serial targeted ladies of the house and their plot ran around situations and issues which touched the hearts of women around the nation! This serial of theirs; took the nation with a wave and tore apart the TRP charts. The madness was so much that not only did women watch the repeat telecast religiously but the first topic of every gossip was the serial & its characters!

From here onwards, there was no looking back for her and huge leaps were taken!

Following the success of the serial; Ekta took a bold step and quickly & very strategically converted Balaji Telefilms into a Public Limited Company on 29 February 2000.

Along with that; in the same year itself, Balaji Telefilms Ltd. merged with Nine Network Entertainment India Pvt. Ltd, a subsidiary of Nine Broadcasting India Pvt. Ltd.

After one year i.e. 2001; Balaji Films Group ventured into its first movie – “KyoKii… Main Jhuth Nahin Bolta” starring Govinda. Even though, this was their first movie but the formal incorporation of, Balaji Motion Pictures Limited didn’t happen until 9th March, 2007. 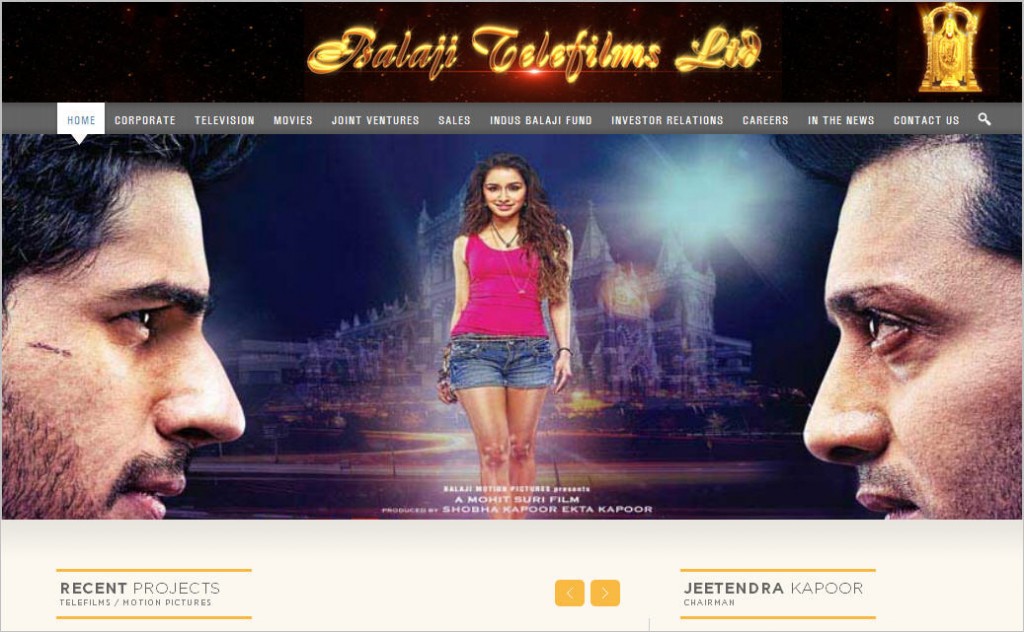 While at the peak of her success; Balaji was hit with a crisis in the year 2008, which eventually gave rise to the need for a brand reassessment.

Apparently; this wasn’t due to the global recession that had taken place earlier that year, it was because their long-running megahits Kyunki Saas Bhi Kabhi Bahu Thi, Kahaani Ghar Ghar Ki and Kasautii Zindagii Kay were seen to be dipping drastically.

If this wasn’t enough; the company had setup a costly set exclusively for their much-hyped serial based on the epic tale of Mahabharata, which was expected to run for at least three years, but it went off-air and hitting them with a loss of INR 27 crores, hence, Balaji was forced to depreciate the entire set value.

To add to that; one after the other, Balaji’s serials were being pulled Off-Air! All this took the founding family off-guard, they weren’t prepared for it!

But rather than freaking out; the family graciously accepted the problems and took big pay cuts at Balaji Telefilms, to manage the expenses.

Seeing that things are falling apart; Ekta decided to take control of the situation and fix the damages. She began dissecting the problems from its root and reassessed the company’s strategies!

As a first; in the year 2010, the company created “ALT Entertainment” – a banner to produce and concentrate on youth-centric subjects in films and television, and in the same year, they released “Love, Sex Aur Dhokha” across 487 theaters countrywide, under the ALT Entertainment subsidiary.

This move of hers worked well in her favour and gave them the much needed platform.

Following that; in November 2012, the company also launched “BOLT Media Ltd,” – a subsidiary to Balaji Telefilms which specialised in advertisements and online content! Besides that; BOLT was also proposed to cover genres like youth, humour, neo- mythology, reality, scripted reality, factual entertainment!

Since then there has been no looking back for her, again!

But this time she has made sure that a security & safety net, surrounds her empire to make sure they don’t fall anymore!

Over the years Balaji has expanded its base by every innovative means possible. And most recently, its wholly owned subsidiary Balaji Motion Pictures inked a deal with B4U – a Bollywood production company to co-produce Bollywood films, in November 2014.

Joint venture and other investments

Over the period of time; the entity has made quite a few expansions either through Joint Ventures or by directly investing into ideas.

At first “INDUS BALAJI FUND” – a now leading Indian Private Equity Firm was created to invest in emerging opportunities either through incubation or early-stage venture acquisitions in high growth areas of education, entertainment, mobile and real estate; was created!

Some of their investments include: –

Later in the 2014; the company entered into Joint Ventures as well, such as:

With such a commendable career graph; it goes without saying that the achievements would be enumerable too! Some of these include: