ZoomCar: India’s first and largest self-drive rental company with a market share of 60% 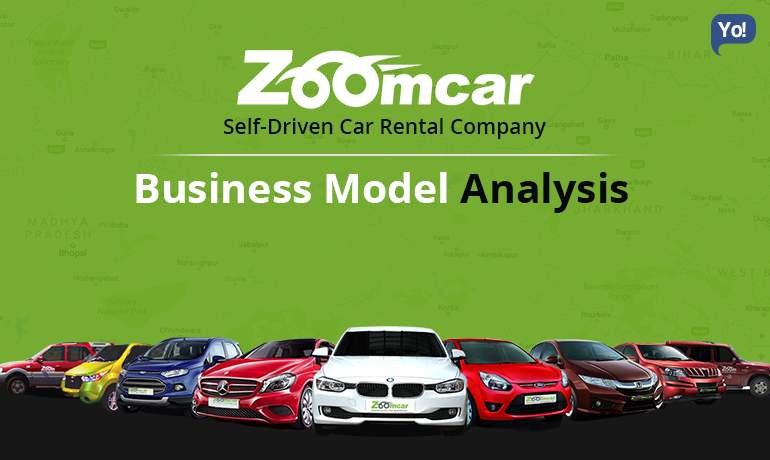 ZoomCar is India’s first self-drive car rental company that allows individuals to hire cars by the hour or by the day.

It was founded by David Back and Greg Moran in February 2013 in Bangalore (India), and currently employees about 600 people in their company.

This membership-based service gives individuals the leverage to hire cars by the hour or by the day, and reservations for the same can be made through ZoomCar’s website or its mobile app.

ZoomCar, as a company, competes directly with global giants such as world No. 2 Avis (present in 175 countries), and ORIX Auto Infrastructure Services, a unit of Japan’s ORIX Corporation, and Global brand Hertz that operates in India through a deal with ORIX.

The difference between them and ZoomCar is that, these MNC’s focus more on the corporate leasing of fleets and/or chauffeur driven pick-ups, while ZoomCar has positioned itself exclusively as a self-drive car service.

With ZoomCar, your hiring experience is hassle free as the tariff always includes free fuel, insurance, and taxes. And even though, a refundable deposit is charged per trip, but if you’ve done multiple bookings then you can forego the deposit entirely!

Some of the reasons that makes ZoomCar self-drive car rental service the premier choice includes:

As of date, ZoomCar offers a rough fleet of 6000 vehicles spread across 9 cities including: Bangalore, New Delhi, Gurgaon, Mumbai, Navi Mumbai, Hyderabad, Chenai, Pune and Chandigarh, that are available for pickup from one of their 24 locations.

Before using their service, one must be eligible to do so as well.

The criteria’s include: Must be a ZoomCar member to use their vehicle, must be 18 years or above, must possess a valid Light Motor Vehicle (Non-Transport) Indian license or valid international driver’s license (if NRI) and must not have an alcohol or drug-related driving violations in the past seven years.

Steps to use their service: –

Other than these, they also have ZOOM COMMUTE for the Daily office commuters, wherein one can own a ZoomCar for the week that includes: Fuel, taxes & insurance just like with their normal package, starting at just ₹600/day.

To ensure top notch SECURITY & THEFT, ZoomCar has made sure that all their fleets are equipped with GPS and other transmission devices to track the realtime location, and Commercial number plates ensure at State RTO your vehicle will be checked.

Talking about their Business Model…

ZoomCar follows a model wherein it buys 75% of the cars in its networks through loans from banks, while the remaining are leased from large companies like Avis Budget Group.

Other than that – more recently they have also started a new initiative called ZAP (ZoomCar Associate Program).

Here, individuals invest in either a Maruti Ritz LDI or a Maruti Swift LDI (for now) and get into a 30-month Lease Agreement with ZoomCar to lease the car to them.

In against for the business and for all the operational support that ZoomCar will provide, they take a 30% cut of the revenue earned from the car, and they also provide a monthly minimum guarantee payment of 3% of the vehicle ex-showroom price to ensure a baseline level of repayment, as well. At the end of the lease tenor, ZoomCar will return the car to you.

As of now, the target audience of ZoomCar has been restricted to mainly tier-1 and tier-2 metros in India. For now, they have opted for an approach of maintaining a very hyperlocal and dense network in existing cities, rather than going far and wide.

They want to offer easy accessibility to the self-drive services at affordable costs to the urban population with a rising disposable income, more specifically the middle-income groups in A Grade cities, to begin with.

Talking about their partnerships – ZoomCar has created several partnerships for various reasons, but overall, to improve their services. Few of such include partnership with the auto manufacturers like Ford & Mahindra which allowed them to become the first car rental company in India to offer an electric vehicle (the Mahindra REVA E2O by Mahindra) and the Ford EcoSport.

They have also tied up with Tata Motors to add 50 brand new Tata Nanos to their fleet of cars.

Other than that, ZoomCar has also penned down several other partnerships with locally established real estate developers, universities, hotels, and corporate IT parks to secure parking for its vehicles and offer pick-up points to its members, as well.

As a noble initiative; in November 2013, Zoom had also partnered with Uber and the Ashoka Foundation to launch a month-long campaign in Bangalore called RideSmartBLR to discourage drunk driving for its health, economical and environmental benefits, and encourage car-rental.

ZoomCar was a collective find of Greg Moran and David Back, but in 2015 David decided to step down and move back to his homeland, citing personal reasons. Since then, only Greg has been the face of the company.

Greg runs the show at ZoomCar offices as the CEO of the company.

Prior to co-founding ZoomCar with David Back, Greg studied MBA in Finance and Entrepreneurship at USC Marshall School of Business. He was the Founder and President of the USC Energy Club, as well. This was known to be Southern California’s largest such club. Additionally, he also holds a degree in International Relations from the University of Pennsylvania.

He started his career in July 2006 with Cerberus Capital Management, as a Summer Associate for about two months, and provided macro based financial research and analysis on the European leveraged finance market. One year later, he then joined Fieldstone Private Capital Group Limited in August 2007 as an Analyst and then Senior Analyst as well.

This was followed by a stint of more than a year at International Power America Inc, as a Financial Analyst and Business Development in 2011.

Later, he worked as an Independent Project Finance Consultant under the roof Greg Moran Consulting and provided tax and GAAP oriented financial modelling services to independent renewable energy developers in North America, and also joined FloDesign Wind Turbine, as a Summer Associate and Business Development in 2012.

Post which, he finally listened to his heart and started ZoomCar in April 2012!

This is the story of the American duo – David Back & Greg Moran who founded ZoomCar!

During that time, that’s almost four years ago, while they were sitting in a bar having beers and chilling, they developed a common interest of entrepreneurship amongst each other and chose to take it forward to pursue it.

What they noticed that was – India lacked any short-term car rental services. They believed that India was the perfect developing country where this could be implemented.

They also approached Professor Alford, the Vice-Dean for International Legal Studies for advice and received an objection stating that “car-ownership is a huge status symbol in India – so people would prefer to own a car rather than share one.”

To which, research further showed that launching a service like this in India was very tough because of three reasons— a lot of capital was required, there was high vehicle damage on Indian roads and the regulatory approvals are tedious.

Since no player was offering a similar service, Greg strongly believed that ZoomCar automatically would receive the edge and because of its fundamental uniqueness, his idea had the potential to click in India!

Having said that – in 2013, the two University of Pennsylvania graduates, decided to fill that void and moved to India!

The next step was to register the business!

Now, for someone to register a business like this in India, they needed to have 50 cars in their name, owned, registered, and insured, and then one was also needed to have five different offices across the state in which you’re getting license.

To fix that – the duo came up with an interesting idea! Since they were a start-up with limited resources and capital; instead of procuring 50 cars, they tied-up with a local operating owner who already had a license and ended up subleasing cars from him.

This is how ZoomCar was initially launched with a fleet of 7 cars in 2013!

Basically, they used his license to run for the first almost ten months, after which, they earned a little money of their own, using which they procured 50 cars and got the license. That was in January of 2014!

Anyway, since then, there has been no looking back for the founders!

Dodging one problem after another, the company has managed to survive the process, and has managed to grow on to become the largest self-drive rental company in India, with a market share of 60%.

Even though, in the very next year, David Back resigned in May 2015, citing personal commitments; Greg has made sure to not let it affect the business at all!

The company has also added a new marketplace model to their existing business model, wherein, ZoomCar is looking to add more vehicles to its fleet by tying up with third-party vendors and dealers.

Using this marketplace model, they are planning to increase their fleet size to 50,000 cars in 30 cities in the next two years.

Other than that, the company is also seen to be adding several other features, including the running a pilot of hiring an Auto-rickshaw for Self-drive using their app or website, and Zoomcar Associate Program (ZAP), as well.

So far, the company claims to have over 2000 vehicles in India with operations in Bangalore, Pune, Delhi NCR, Mumbai, Hyderabad, Chennai, and Chandigarh.

It is being claimed that, ZoomCar has already hit profitability in their existing markets, such as Bangalore, Mumbai and Delhi, but profitability at the group level is still pending and would be achieved by 2017.