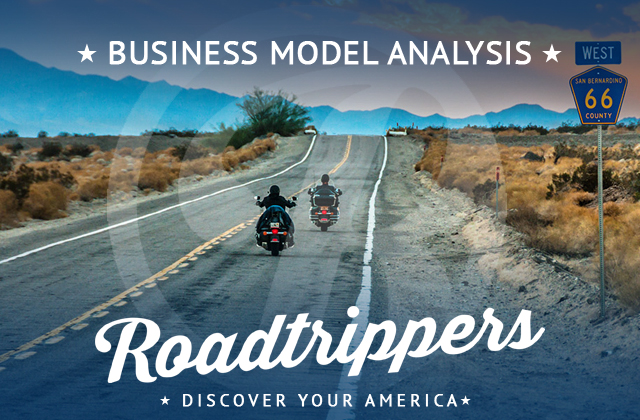 With over 5.5 million trips booked till date; Roadtrippers is one of the fastest growing and powerful yet intuitive portal that helps people discover, plan and book the best places and experiences along their way that is curated by local experts and travel writers.

Their areas served include United States, Canada, United Kingdom and Israel. The application not only calculates approximate trip mileage, travel time, fuel cost, but also lets you discover independently owned points of interest, within 50 miles of a planned trip. Interestingly, the app also contains a gas-tracking feature, which estimates the fuel cost of your journey.

Once your route is set, one can add up to a maximum of 28 destinations, post which, you can also sync the trip Roadtrippers app, for turn-by-turn navigation, and further local discovery, after it is saved, as well.

Other than that, just like most of the travel apps, you can also rate and review destinations you’ve visited, and read others reviews about the places you wish to visit, as well.

You can use Roadtrippers through their Website, iOS Application, and Android Application. Either way, using their service, you can: -

Plan a Trip from point A to point B, which also includes the best of attractions in between, restaurants, booking of the hotel, and instant fuel cost estimation along with a function to explore places within a set distance from your route, etc…

Roadtrippers helps Roadtrippers to plan their trips, calculate time and gas expense, and choose from more than 5 Mn locations in the United States and much more in the areas they serve, to visit.

Users can plan their routes and select interests from categories and sub-categories within 10–30 miles of the main route, the post which, the areas of interest are displayed, along with recalculated mileage and gas costs.

Their categories include accommodations, food and drink, history, nature, culture, shopping, sports and a lot more.

The trip mileage, travel time, and fuel cost are approximate calculations and may vary. The web platform of Roadtrippers can be synced with the applications.

Other than that, they also have an amazing feature called ‘Trip Guides’ which are generated for every trip created, and updates as changes are made. It basically helps you to create a story of your journey!

To use their service, all you need to do is: -

Just visit the website and click the “Plan Trip” icon on the left-hand side! Punch in the point where you will be starting along with the destination.

On the top of the page, the length of the trip will be displayed in miles, along with the expected travel time, and how much money would be spent on gas (approx).

If you wish to take a detour in the middle, then all you need to do is add a “Waypoint”! The app will automatically factor them into your travel plans. In fact, you can add as many as you like.

And if you unclick the “Use Highways” box (which is checked by default), Roadtrippers will automatically recalculate your trip using back-roads and scenic byways.

The “Find Places” icon will show you all the hotels, campsites, abandoned amusement parks, museums, malls, and unusual attractions around the location. Before you do that, make sure to use the slider at the top of the column, to tell the application the maximum you’re willing to go off the planned route (For instance: 10 miles, 30 miles, etc…)

You can also Save the Route to your free Roadtrippers account by giving it a name, and can also share it with friends, and of course, if don’t have time to see an attraction you like, you can also click the pin and click “Save”, which will put it on a bucket list, under the “My Stuff” tab.

Lastly, if there are any attractions or scenic view that aren’t there on Roadtrippers’s list, you can also suggest the same, by clicking on “Find Places” tab, then “Suggest a place”.

What is their Revenue Model?

One of the most important revenue model of Roadtrippers.com is “Business listings“!

The company earns direct revenues from small business listings, in against for listing of small businesses on their Maps, to direct customers to a specific restaurant or accommodation as a part of their road trip planning process.

This business model is a win-win and works well in everybody’s favor, because it provides customers with easy access to accommodations and food while small businesses get the benefit of high chances of success for their ads.

A brief Market Analysis of the sector…!

The travel and tourism industry in the United States accounted for 2.8% of their GDP of 2011. Not only did it employ more than 5.7 million people directly in 2013, but the Tourism exports drastically increased and reached to a record $181 billion as well. This was about a quarter of the total exports of the country.

Talking about Roadtrips – the Roadtrip activities have dramatically picked up as well!

Since Road tripping across the country is an American cultural institution, Road travel accounts for more than 78% of US tourism spend.

In 2012, there were more than 250 million registered vehicles in the United States, and since a majority of the population was suffering from post-recession financial difficulties, many people preferred to travel by road as opposed to flying.

But having said that, the planning tools still remain fragmented and outdated!

Who are the founders of Roadtrippers?

Roadtrippers was founded by the Husband-Wife duo – James and Tatiana Parent Fisher!

James is a country boy from Suffolk, England, who only holds little formal schooling, and had spent most of his young age adventurously traveling throughout Africa.

With these years of experience served as an alternative education of sorts.

Before he started Roadtrippers, James had worked for DIS limited as a Project Manager in 2006. He worked with this company till about 2010, and mainly helped to design & implement innovative new strategies to improve net cash flow and increase capital value for large Real Estate portfolios in East Germany.

In 2007, he had also founded his first entrepreneurial venture – Belle Grove! It offered boutique vacation retreats in the heart of the Suffolk countryside. He successfully was able to pull it off for less than 6 years, and had also received several awards and recognition for the venture too!

While at it, he had helped cofound Flight Energy in 2008, as well! He acted as their Communications Director. It was a clean-tech start-up in Germany and James worked directly on the approval process for State grants and subsidies, along with approval for a manufacturing and R&D facility in East Germany.

A failed start-up that it was, help him to learn a lot of things, most importantly – fundraising of private equity and product planning!

This stint too ended in 2010, the post which he founded the most ambitious project of his life – Roadtrippers!

Tatiana has been an avid traveler since the age of 18 and has checked many places off her list including Boston, Hawaii, Greece, San Francisco, Berlin, Morocco, London, and now Ohio, as well.

She began her career in 2004 with Hawaii State Senate as the Chief Legislative Aide to the Senate Minority Leader for two legislative sessions and was also the Chief of Staff during that time.

This was a 2-year stint, post which, she moved on to work as an Adjunct Instructor of History with the Hawaii Pacific University.

After a long 8 years of working with them, she then moved on to join the US Naval War College as a Professor of Strategy & Warfare and worked with them for more than a year.

It was only after these experiences that she decided to start something of her own and hence, along with James, Tatiana started Roadtrippers!

Well, the Roadtrippers story goes back to 2010!

James and Tatiana were both frustrated with the fact that, even though the road trip market was huge, it still heavily lacked useful travel resources. Yes, there were several travel applications in the market, but all of them only showed national chains and obvious tourist traps.

They particularly lacked features like finding independent places to visit, and syncing travel advice along with navigation.

The couple thought they could do better, and this frustration eventually led them to create—Roadtrippers.

Roadtrippers was basically a hybrid business model of Mapquest and Yelp! In 2011, the founders moved from Great Britain to focus on their company, and by the mid of the year, their application even got accepted by a Cincinnati-based start-up accelerator called – The Brandery, into their program. The start-up accelerator helped start-ups with securing funding, gaining mentors, and networking with business professionals.

Later, by the mid of next year, they even launched their public beta version of the application, a month after which, they launched the official version. This was done to gain feedback from the early users before the website’s full release.

Since then Roadtrippers has grown to a team of 25 full-time employees including a team of developers, designers as well as mentor network of travel writers.

In the end of 2012, they even released a companion iPhone app, and then an Android version of it too.

By now, Roadtrippers reached 1 million monthly users, had seen a growth of about 50% (Month over Month) in traffic, 750k unique visitors, 45000 signups, and more than 200k registered users in total.

In 2013 – the company also entered into a strategic partnership with Travel Oregon (and started: Oregon.Roadtrippers.com), Oregon’s official tourism organization. TravelOregon.com provides trip inspiration and travel-discovery tools along with a lot of reference material for visitors who look for information about adventures.

This innovative collaboration between the two companies provided travelers with a tool to help them plan a scenic trip based on their personal interests.

Recently, Roadtrippers also integrated many national and international brands into the user experience on their platform, and went on to successfully execute more than 25 partnership campaigns along with some of their notable brand partners including: Holiday Inn, FIAT, GEICO, KOA Campgrounds, The North Face, Thor Motor Coach, Airstream, DogVacay, Adobe, GoRVing, and Cooper Tires, along with some tourism partners like Travel Oregon, Visit Montana, Go to West Virginia, and many more.