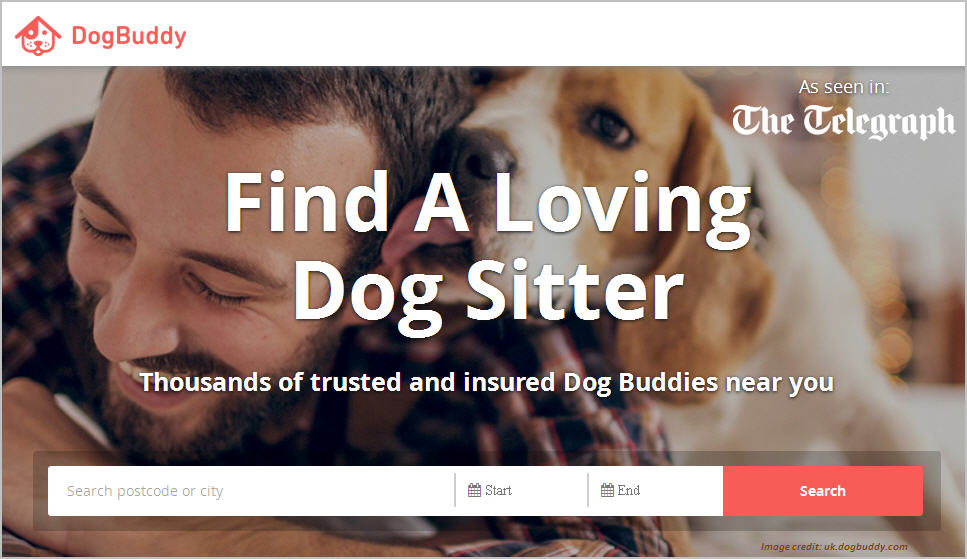 Not most of us are aware that there are over 75 million pet dogs in just Europe itself. And to add to that; this petting industry supports over 500k jobs.

Looking at these stats, clearly we live in a world where most of us just, simply adore pets. But at the same time, due to the unorganised system of the industry, there still remain quite a few pain points which continue to hamper most of us, one of them being – pet sitting!

But with platforms like myDogBuddy coming up, these problems will soon become a passé!

In the simplest terms, myDogBuddy is a platform that connects the dog owners with the dog sitters!

Just like most businesses are found when few people get together to solve a pain point they continue to face; similarly, myDogBuddy was the prodigy of Enrico and Richard, two passionate dog lovers who faced immense problems when it came to leaving their dogs while travelling or unexpected situations.

myDogBuddy was an idea which initially was found for themselves, which later was transformed into a full-fledge business and extended to other dog owners facing similar issues, to help them find vetted and experienced dog sitters in their local community. It was also an attempt to stop the forced reliability on friends or caged Kennels to look after their dogs.

TRIVIA: – DogBuddy.com was a portal that was purchased at a Godaddy.com Auction back in April 2012 for an insignificant $350.

Today, it has transformed into a typical online marketplace, that works in the most transparent format, to help the dog owners from across the U.K., Spain, Italy, France and Germany to smoothly and effortlessly find pet sitters for their dogs who can take care of them while they are away for weekends, longer holidays, business trips or for that matter while long working hours.

DogBuddy (After Merger) has become one of the leading peer-to-peer dog sitting medium which has more than 100,000 members across 5 countries in Europe and at the same time, has provided hundreds of thousands of dog nights to their members as well.

Some of their services include walking, day sitting and full board. Other than that, one can visit the portal and browse through the vetted sitter profiles, look at images (including of their houses), read other user reviews, book and pay online for the services, etc. To add to that, what is even more beneficial is that, the services you book through the myDogBuddy portal also gets covered by insurance and emergency support.

The portal as of date faces direct competition from a number of similar business models like: Rover & DogVacay in the US and Holidog (more of a classifieds site) and Pawshake in Europe. But because MyDogBuddy now boasts a marketplace of over 10,000 verified sitters/walkers, it proudly out beats all its competitors by a huge number.

So how does it work?

The process of the services is pretty much self explanatory and transparent. All one needs to do is: –

Now while you are away, the pet sitters will also send you pictures and videos of your pet.

You can be rest assured about the sitter because as per the portal, they only accept 10% of dog sitter applications, after thorough background check and 99% of them have a five-star rating.

The London based DogBuddy which had been off the radar since a while, has hit the news once again with their latest announcement. Recently the founders confirmed that their company has merged with its Spanish rival “Bibulu,” in an attempt to become and sustain its lead in becoming the largest of its kind.

As a part of their merger, Richard Setterwall will remain in London as CEO, whereas Enrico Sargiacomo – the Founder of Bibulu, will become the COO with his base being in Barcelona.

While at it, the merger has also given birth to the rebranding of their combined entity, to a rather simpler name – “DogBuddy.com”.

The idea of merger first rose, when the founder of myDogBuddy experienced an unexpected growth since their launch and to capitalise on the same, he began to look for sustainable strategies and options across Europe. That is when he came across a well-functioning Bibulu, who was preparing to expand to France and Germany.

Hence, without wasting time, founders of both the companies fixed up a meeting on a neutral ground in Paris, to understand each other’s future vision of their respective companies. And to their surprise they realised that, the match seemed to be just, perfect and both were highly like-minded. Hence, rather than killing each other’s business, both decided to join hands and work together.

In addition to that, the company also further raised “€1.9 Million ($2.1 Million)” in March, in funding from several private and institutional investors, which includes BetaAngels, Caixa Capital Risc, Eversmarter WW, and Andrin Bachmann.

This being their first fund raiser, the new found partnership has strong intentions to use the money to further manage & extend their gradual growth in current and new, markets and improve their product offerings as well.