London Co-Investment Fund – An attempt to boost the dipping market! 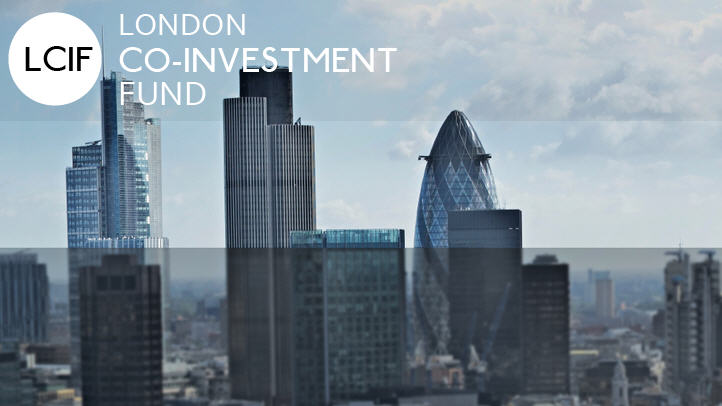 Government-tailored policies, schemes and monetary assistance are the base foundations which help every business function and flourish successfully. In any sector, these have to be made and formed in such a swift way that it can make way for a business friendly environment.

Now, it is being noticed by many that the tech sector of the capital city has been on the rise and is estimated that the sector in London has become the leading group with expertise in the whole of Europe in the past couple of years. According to the mayor’s office, in London alone there are 34,400 digital technology businesses, 155,600 digital technology employees & 32 accelerators and incubators.

So in an attempt to encourage the tech environment in London even more, the mayor of London has rolled out a new venture capital fund – London Co-Investment Fund; majorly for the startups only.

What is London Co-Investment Fund?

LCIF is an organization which has been founded and managed by Capital Enterprise and Funding London. It was launched by the Deputy Mayor of London on the 4th of December 2014 at City Hall.

London Co-Investment Fund has been formed by a coalition of the mayor’s office and six other private sector companies / groups. Although, 38 venture capital funds, angel groups and other investment firms applied for the partner’s position but eventually only six were considered. These six include Wellington Partners, Playfair Capital, three business Angel groups (London Business Angels, Angel Lab and Firestartr) and the Crowdcube / Braveheart Consortium.

Although it is a joint venture but in general, the flow of the business and at the same time promotion of LCIF in the right way & to the right audience shall solely be dealt by Capital Enterprise.

Also, as mentioned on their website “Capital List will also continue to make introductions to non- London Co-Investment Partners for those businesses either too early or too late for LCIF. Capital List will also help those selected by our co-investment partners to syndicate their rounds with other investors.”

As per the newly formed institution’s policy, every £1 that LCIF invests in any company, all the partners are obliged to directly invest the equal amount.

This business model is a replica version and has been based on the Scottish Co-Investment Fund – operational since 2003.

The primary and the sole purpose to bring forward this scheme is to reduce the operational costs, increase private funding and moreover encourage more practical investments than the existing funds to the early stage SME’s.

How do they plan to go about it?

Together, London Co-Investment Fund will be funded with £85 million or $133 million in total. This will include £25 million from the mayor’s office and £60 million from rest of the six partners.

It is believed that they shall be making their first investment max by January 2015, after which they have plans to co-invest, one investment per week for the next three years.

The target audience of LCIF will majorly be the SME’s in the areas of science, technology and digital; who wish to raise anything between £250,000 and £1 Million. These rounds of investments would be led by one of the chosen co-investment partners.

As per LCIF, the total of the same i.e. 150 companies; in the next three years will help generate roughly 2,600 new jobs in the city.

Whosoever wishes to apply for the same can do so from 4th December 2014 onwards.

Having said that, it is not going to be a cake walk to get through their interview rounds! Apart from the basic presentation, they will also have to demonstrate how do they intend to create new jobs and at the same time how do they plan to generate a decent ROI which ideally is 10x.

There is a stringent eligibility criteria which the startups need to meet before applying: –

– The product or service they wish to raise funds for must be within the science, technology or the digital sectors.

– They must have a London-based office.

Although, with the Mayor’s office and such huge private financial institutions involved; it is difficult to even think of any risks or issues they may face but there are two key areas which still remain vulnerable to such situations in future.

Firstly, as much as doable achieving jobs & growth may sound but the fact remains that they can face a lot of hurdles while in action. And lastly, with so much pressure and looking at the current market conditions, there are high chances of failing to achieve the desired ROI’s.

Anyway, only time will tell if this idea of theirs proves to be a boon or a curse!

All-in-All, the concept seems to be very interesting and definitely has the capacity to boost the dipping market!