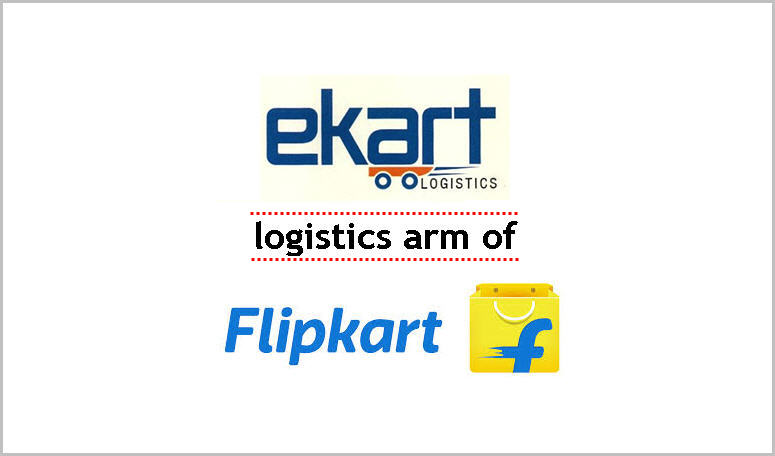 Going by the current market trends – eCommerce as an industry has witnessed an unusual rise in business in the past some time. With PayTM joining Flipkart and Snapdeal in the eight-member unicorn club, eCommerce industry has clearly stolen the limelight!

And according to a recent report submitted by Bank of America Merrill Lynch in 2015 – the eCommerce market in India is expected to be worth $220 Bn by 2025 as well.

But since, the logistics market remains to be one of the most unorganized markets in India, speedy delivery still remains to be an unsolved pain-point and to worsen that, there isn’t any big player that can provide pan-India access at economical cost too.

Keeping that aspect in mind – going ahead, logistics would certainly be the factor to potentially define a company’s success. In fact, according to a report submitted by Market Researcher Novonous; India’s logistics industry which stands at $300 Bn billion is estimated to grow at a CAGR of 12.17% by 2020.

And one of the top contenders that holds the highest chance to rule the market remains – eKart!

To keep it short and simple – Owned and operated by Flipkart; eKart is their preferred logistics partner that helps them with almost all their deliveries to all major locations across India.

It had begun in 2010 as Flipkart Logistics and then was later changed to an independent entity in attempts to capture a larger market share. Most of their deliveries are taken care by eKart itself, and the delivered items can be tracked by visiting the official website of Flipkart, where you need to enter the eKart Tracking ID and eMail Address, in the eKart tracking box.

Just like every other logistics company, their primary revenue model is delivery charges, apart from which, data monetisation is another way they make decent money as well.

Where does eKart fit into the structure of Flipkart?

So, due to extremely unfavourable government policies and taxation, Flipkart had incorporated at Singapore in 2008. Post that, due to strict FDI rules set by the government, in 2009 Flipkart also created WS Retail as a seller on their site.

Legally, as Flipkart is a foreign company, they had only two ways through which they could have done business – Joint Venture or as Wholly Owned Subsidiary. So Flipkart very intelligently spun off their retail and warehouse arm into a separate company – WS Retail.

And since, Flipkart was backed by foreign investors and wasn’t an Indian entity, it wasn’t allowed to sell directly to consumers, but local retailer’s like WS Retail could certainly use their platform.

So according to this structure, WS Retail bought goods from Flipkart India Pvt. Ltd (B2B arm of the main group holding company) and sold the same goods to customers on Flipkart’s site.

Soon after that, they also started their logistics wing under WS Retail called eKart, which still takes care of more than 70% of Flipkart’s deliveries.

The twist came in 2012 when the cofounders of Flipkart – Sachin and Binny Bansal, sold their stake in WS Retail (including eKart) to a group of Indian investors, and resignation from the board for unknown reasons.

Although nothing changed so much even after the sale and things still function the same way between the two. WS Retail is still the largest retailer on Flipkart and eKart is still the main logistics partner of Flipkart, too.

The only thing that changed after the stake sale was that, since Sujeet Kumar and Tapas Rudrapatna (early employees at Flipkart) controlled roughly 46% of WS Retail, they become the heads by way of default.

But more recently, it has been announced by Flipkart that they have bought back their logistics service company from WS Retail. This acquisition was made through a new entity called Instakart Services Private Limited.

How does eKart plan to target other offline and online retailers?

Since, over the years eKart used to help Flipkart strengthen their offering, and had worked alongside with them to help them understand and solve all the inefficiencies and supply-chain issues Flipkart faced; with time, eKart has managed to build a robust system that can work as a successful business enabler.

Hence, in a move that is bound to transform the logistics industry in India, Flipkart’s logistics arm eKart has begun targeting other eCommerce companies and non-eCommerce players as well.

This started with eKart throwing open their logistics services to third-party eCommerce firms, and also began preparations to roll out an inter-city Customer-to-Customer courier service called eFlash in the next two months as well.

Since it is more economical than other 3rd party logistics companies like BlueDart and DHL for last mile delivery, other eCommerce companies have also been more than willing to try them out as well.

They even went ahead and partnered with PayTM and have joined PayTM’s list of most used and preferred logistics partners which also includes – Delhivery, Gojavas and Bluedart. EKart has even found early buyers including online fashion store Jabong.com and online marketplace ShopClues.com as well.

This was then followed by eKart opening doors to help offline sellers with end-to-end fulfilment as well. And as believed by many, this step by eKart is said to hold enough potential to transform the way Indian eCommerce system functions.

They would be harnessing their learning experience with grocery delivery service ‘Nearby’, which recently shut down, to understand the food and grocery delivery market, and in addition to that, they are also in talks with large electronics and apparel brands for tie-ups too.

A larger agenda by helping offline sellers, as noticed by many, is not just to help them with their logistics, but Flipkart is also looking to bring those sellers online.

Now when we look at them, eKart is said to be the largest eCommerce-focussed logistics firm in India, in terms of scale, and by launching their services for non-eCommerce players, grocery and even C2C courier services, eKart has taken a step towards replicating a successful model that is being followed by many logistics players in the US.

Other than that – logistics companies like: Delhivery, DTDC, BlueDart and Ecom Express are all present in small and big cities, but are focussed on building their networks in smaller cities. For instance, Ecom Express has a very deep network in the North East of India, which is known to be a difficult terrain for logistics companies, and mostly all the companies who wish to operate in this area, typically come to Ecom Express.

However, eKart believes in working otherwise, their network has a unique mix of Tier I, II and III cities, which makes it necessary for them to be efficient and effective from day one. Hence, eKart will have to adapt itself to learn to deal with such issues, mainly because they have not focussed a lot on small cities.

Having said that – Flipkart is said to have changed their focus to the smaller cities, and is also expecting 60% of its business from thousands of small cities across India, in the next five years!

This only means that, eventually eKart, too will move to these cities (if they aren’t present) in search of a solid base.